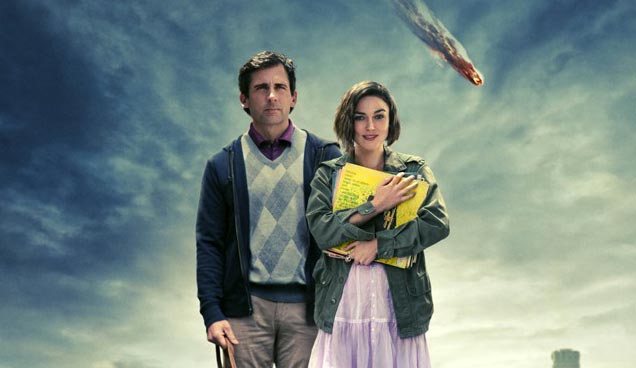 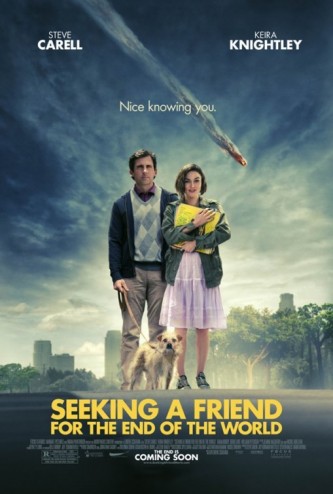 On its surface, Seeking a Friend for the End of the World appears as a comical, if late to the table, reaction to the big budget apocalypse movies of the 1990s. This particular story opens with call backs to Deep Impact and Armageddon as a mission to divert an asteroid on course for Earth amounts to a spectacular failure. Humanity is thus left with three weeks before an extinction level event. The audience then witnesses Dodge Petersen’s (Steve Carell) wife abandoning him in the face of disaster. What follows is Steve Carell at his sad clown finest. Rome burns around Dodge, yet he continues to go about his life as best he can without ever really picking up a golden fiddle. This tone of stoic existentialism is likely why the movie didn’t sit well with a lot of people, as evidenced by its 55% Rotten Tomatoes rating. Seeking a Friend, for all its foibles, is probably closer to the truth of the apocalypse than most people would want to admit.

The movie suggests some people, for want of a sense of normality in their lives, will keep going to work when presented with calamity. Others will lock-on to the film’s Carpe Diem motif, auctioning off their virginity, or hiring assassins to kill them rather than looking death in the eye as it falls out of space. William Petersen of CSI acclaim voices one of the movie’s central ideas when he says, “A person should not know when their time is up. That sort of knowledge changes a person.” Nowhere do we see his notion better reflected than in the film’s first act when Steve Carell’s suburban friends turn a dinner party into a heroin fueled orgy, complete with Rob Corddry encouraging his children to power back martinis and “drink through the burn.”

The entirety of the first act is thus a necessary comic catharsis which not only leads into a buddy comedy/road trip story, but also makes the audience poke death in the eye. Well, either that or it alienates the audience entirely with its underage drinking and moral relativism in the face of impending doom. It could really go either way depending on the psychological baggage a viewer brings to the table.

Steve Carell and Keira Knightly make for an unusually effective pairing. In the past we have seen Steve Carell put into uncomfortable romantic situations with younger actresses, Anne Hathaway in Get Smart comes to mind. But the odd couple chemistry between Carell and Knightly works quite well. The relationship is combination of gradual friendship mixed with ‘devil may care’ recklessness. But because the genesis of their relationship is an act of genuine kindness on Carell’s part, the romantic attraction doesn’t seem quite so forced as it has in other Carell catastrophes.

As the movie enters its third act the laughter is all but gone. The comedy of the first act, which told viewers “Hey it’s okay to laugh about the end of the world” gives way to an equally poignant tragic sensibility. Carell has a reconciliation of sorts with his estranged father, aptly played by Martin Sheen, and resolves himself to facing the end of the world with only the company of a dog. The movie could have ended there and been wholly satisfying. While the actual resolution is somewhat predictable given the script’s tendency to remind us that Knightly’s character is an optimist, it doesn’t commit the cardinal sin of a last second apocalypse aversion, thus cheapening the entire experience for the sake of pandering to an audience’s desire for a happy ending. The world ends, we all die, and life ultimately proves meaningless. Still, Knightly and Carell face their end with eyes open and more courage than I could muster in such a situation.

Perhaps that’s one more reason why this movie put off its audience. Were a giant asteroid about to slaughter us, I don’t think I would be the guy who made peace with his life and quietly died in bed. I, and I suspect many others, would take a page from Rob Corddry’s book and lapse into hedonistic denial. Many more would call upon the movie’s “Hire an Assassin” option, which is just a less icky way of saying “commiting suicide.” In a situation where humanity would be at its worst, Carell and Knightly are at their best, and damn if we don’t resent and admire them for it.

While some of the film’s transitions may seem a bit jarring, the movie’s flow from black comedy to life affirming tragedy – just in time for all life on Earth to be wiped out forever – works quite well. The characters’ enduring charm owes much to directing that puts as much emphasis on the pauses between conversations and words left unsaid as it does the dialogue itself. It should also go without saying that the movie requires a certain nihilistic acceptance of life’s inevitable end. Seeking a Friend for the End of the World is best approached as a contemporary tragicomedy; it will make you laugh, but that laughter only makes the poignancy of the tragedy hurt that much more later on.

Seeking a Friend for the End of the World

Written and Directed by: Lorene Scafaria