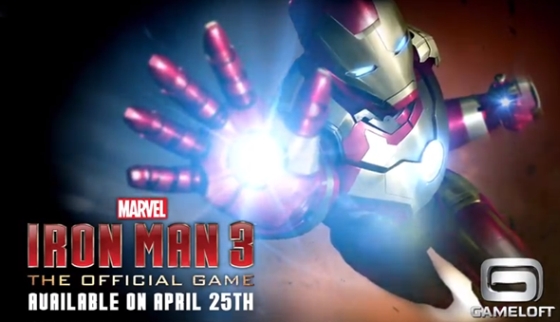 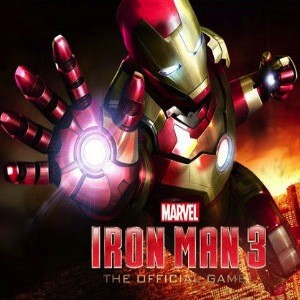 In approaching Gameloft’s Iron Man 3 I knew enough to keep my expectations reasonably low. Still, the part of me which reveled in the impossible arcade games of my youth really wanted to get on board with an Iron Man infinite flyer. Unfortunately Iron Man 3 seems to eschew everything Imangi Studios did with Temple Run 2 to make this variety of “free to play” game even remotely enjoyable, at least for the duration of a bus ride or a prolonged poop. What? Don’t give me that look. Everybody plays with their iDevices on the toilet.

Out of the gate, Iron Man 3 managed to surprise me. The graphics are polished. There’s some good voice acting for Tony, Pepper, and Jarvis. It wasn’t quite a cinematic experience on par with my first play through of Infinity Blade 2, but Gameloft certainly seemed to be making the effort. And then things started falling apart.

The game’s tutorial mission introduces the ins-and-outs of flight and combat mechanics. While the former worked quite well on an iPhone, the drag and zap mechanics of the latter were clearly designed with an iPad in mind.

As I fumbled my way through shooting and crashed into buildings, I also noticed some pretty severe frame rate drops. Granted I’m playing on an iPhone 4, thus placing me two generations behind current Apple tech and right on the periphery of planned obsolesce, so maybe that’s on me for not throwing enough of my money at Cupertino.

Then there’s the waiting. At the time of this review I’ve spent more time waiting to play Iron Man 3 than I have actually shooting down AIM agents and avoiding Malibu’s numerous low flying blimps. How so? First and foremost is a bevy of load screens. One would think they were playing something on the PS1 for the amount of time this game spends spinning an ARC reactor load wheel. Granted, I could put up with the loading if there was a post-mission “play again?” option that didn’t require using premium in-game currency. Otherwise the end of a flight offers a leader board, a couple load screens, and a mandatory trip to Stark Industries’ repair bay.

Taking a cue from the likes of World of Tanks, wrecked armour requires a fixed amount of real time to repair itself. Though it is easy enough to secure a second Iron Man suit, allowing a player to use one armour while the other repairs, the differences between the mk. 3 and mk. 5 in terms of overall in-game longevity is painfully noticeable. Naturally there is an option to skip the waiting and keep using the mk. 5, but that comes at the cost of, you guessed it, premium currency.

Yet for the sake of game play, which even includes a daily boss fight, I was willing to overlook Iron Man 3’s shortcomings. The waiting seemed worth it for a dose of Stark branded ass-kicking. Then I tried to buy my third Iron Man suit. Disaster ensued.

The suit I wanted looked like the bastard child of War Machine and Rumble from G1 Transformers. After about 30 missions, I finally had enough experience points to unlock the mk. 25 aka “the Striker”. Except that I didn’t. 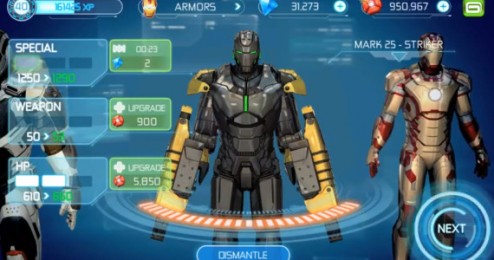 12,000 experience points only unlocked the blueprint for “the Striker.” I needed to use an equal number of “Stark Credits”, the game’s base currency, to actually build the armour. I was scoring about 200-300 Stark Credits per mission. You do the math.

On that note, let’s turn our attention to the big question: how much does the game cost if you want to unlock everything with cash money? Securing the blueprints for the game’s eighteen Iron Man suits costs, wait for it, $99.99. Keep in mind this is before you grind or buy the Stark Credits required to build the damn things. I’m not able to tell you the real money cost for the required Stark Credits as the game keeps the experience/credit cost of higher tier suits locked. I love my readers, but I do not have time to research that one out.

Bottom line: You’ve really got to wonder what was going through Marvel/Disney’s hive mind when they let this game get branded as Iron Man 3: The Official Game. Load screens, painful in both quantity and duration, shatter any sense of immersion within the game. Though fun enough when it actually lets a player fly, the action is short lived and marred by frame rate drops. Ultimately the grind to buy ratio for additional armours frames this title as nothing but an attempt to squeeze players for fast cash. Howard Stark and Obadiah Stane would be proud of what Gameloft has put together; the rest of us would do well to avoid this title.