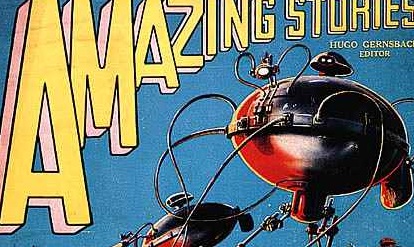 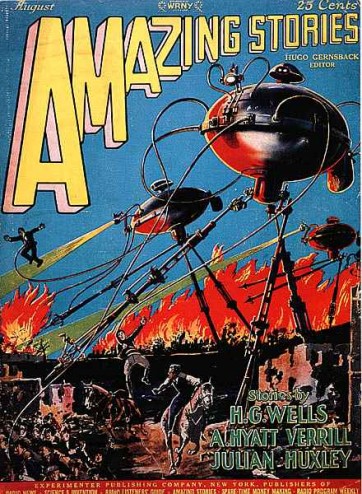 From my very limited perspective on the world of genre publishing there seem to be two schools of thought when it comes to eBooks. There are the publishers who recognize eBooks as an environmentally responsible alternative to print books. Those same publishers also seem to look at the one-time cost of specialized typesetting as being offset by the absence ongoing publication expenses. To that end, these publishers price their eBooks well below the cost of their paperbacks. I like these publishers.

Then there are the other publishers. These fine folk seem inclined to hold on to the ancien regime of publication. This in turn results in near parity in pricing between print and digital copies of books. Case in point: the kindle edition of The Running Man currently costs $10.40. The list price for a paperback of the same book $7.99.

I see pricing patterns from the other publishers as a tad unjust. I don’t like it when corporate entities attempt to deal with me in an unfair fashion. Such actions stir the part of me who wants to download the whole internet for free, and can get away with it too because he’s not morbidly stupid. But let’s not open that debate. Instead let’s entertain the idea that there might be a better way for the other publishers to have their cake and eat it too.

For the last thirteen weeks I had turned Tuesday night into The Human Division night. I would come home from teaching, watch some junk tv with my dinner, and then buy the latest installment of John Scalzi’s novel. With each passing week, Tor Books earned themselves another 99 of my cents. The Human Division is now my most expensive eBook. Under normal circumstances I generally won’t pay more than seven or eight dollars for an eBook. Since I’m not getting a physical product, and I’m reasonably certain the writers aren’t collecting any more royalties off eBook sales than they are print copies, I won’t usually go past what I see as a threshold of publishers laughing their way to the bank or using eBooks as a sponge to clean up messes in print publishing. Yet I will spend 99 cents on a short story, assuming of course that I like the author in question. And what is a serialized novel but a collection of really tightly linked short stories?

Independent authors flogging their wares on Amazon know that the name of the game is making a million sales of the 99 cent eBook. So why shouldn’t larger publishers try out the same model? Why be slavish to the format of the novel, which in and of itself is a product of the business of 20th century publishing, if slightly changing that formula, at what ultimately amounts to a null cost to the publisher, will bring in a market of eBook buyers who were previously turning up their nose at perceived injustices in pricing?

Say nothing for the fact that where conventional novels might get their blog tours and hullabaloo a month or two before launch, the serialized novel has multiple release dates. A smart PR person could craft a social media and marketing campaign that brings something slightly new to the table over the course of three or four months. Rather than flogging the same tag lines and promoting interviews which vary on similar themes, publishers can react to readers on a week to week basis. To me, this sounds like a recipe for greater advertising penetration and thus more sales.

I’m not suggesting this would work for all novels and all writers. Frankly, I wouldn’t buy into a serialized novel without pre-existing experience with an author. Also, serialization requires a writer who is equally adroit in both long and short form. If somebody like Marie Bilodeau were to announce she was doing a serialized novel set in her Destiny’s Blood universe, I would respond with my best Philip J. Fry, “Shut up and take my money” meme.

Then again, I might be more inclined to roll the dice on a new writer if I’m only staking 99 cents against their ability to entertain me for the span of forty pages. So maybe this could be something to consider for neophytes and masters alike.

At any rate, I hereby present serialization as my alternative solution for publishers who insist on keeping parity pricing between print and electronic books. Such a plan might require foresight and a bit of planning on the PR front, but it taps directly into the internet’s culture of instant gratification. So long as the would-be serial is worth the computer code that went into typesetting it, why not take a page out of the past to capitalize on digital publication.