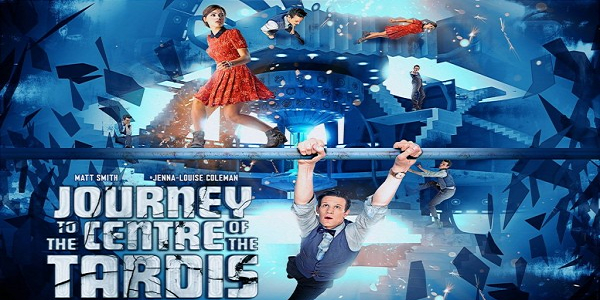 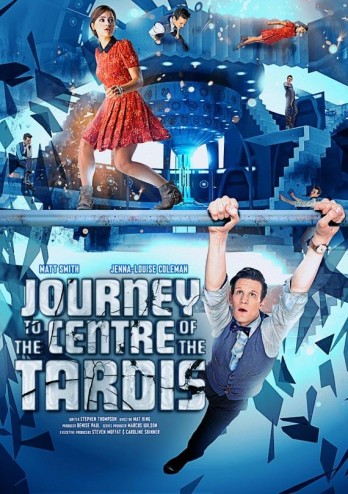 On a very fundamental level, I am not predisposed to enjoy an episode like Journey to the Centre of the TARDIS. Try as I might, I don’t see the narrative value in story telling that pushes a reset button at the start of the fifth act only to spend its remaining few minutes doing jazz hands in anticipation of laurels. Even if the reset is planned from the first act, as it likely was in this episode, the need to invoke a modified “it was all a dream” trope shows me that the conflict at the core of the story was simply too impossible to manage. But I’m getting ahead of myself. First we have to identify the actual conflict in this episode.

Part of the reason why I think this episode felt so haphazard has to do with the multiple conflicts in play, none of which managed to stand out as the thing which binds the rest together. The episode just moves from one thing to the next, seemingly absent a meaningful endgame.

Journey could have very easily been a “Humans are their own worst enemies” episode. The Venture Van Halen Van Baalen Brothers posses the greed, avarice, and short-sightedness which Doctor Who so often uses to juxtapose the inherent weakness of humanity against the seeming infallibility of the Doctor. The fact that the VB Bros. end up in the TARDIS opens the door to another potential conflict: The Doctor is destructively obsessive.

Consider for a moment that the toxic fumes and insta-death fuel leak within the TARDIS get cleaned up in a matter of seconds. The Doctor didn’t really need the Van Baalen brothers to find Clara. Yet, Eleven threatens to blow them up if they don’t help him. Why does he do this? Does he want to protect Clara, or is he just interested in solving the puzzle of her true nature? Interesting as this question is, it becomes a moot point with the reset button business. The dickish Doctor who all but killed killed two of the Van Baalen brothers becomes a hiccup of timey-wimey story telling.

What about the TARDIS then? We’re meant to believe that the TARDIS doesn’t “like” Clara, albeit through some very clumsy exposition.

When the TARDIS failed to let Clara in during the Rings of Akhaten, I didn’t see malevolence; I saw the Doctor not giving Clara a TARDIS key. But suppose we work with the malevolent TARDIS theory for now, except then we’d have to ignore the fact that the artificial labyrinth the TARDIS created within the episode was meant to protect Clara. Even the Doctor says that the out of sync console room is the safest place on the ship, and that’s exactly where the TARDIS led a woman she purportedly dislikes. So much for that conflict. Meanwhile, the TARDIS is snarling at the Van Baalen brothers, crying out to the fake-android-cyborg brother, and Matt Smith is walking around with his, “Oh shit” face on the whole time. So perhaps the conflict is going to be about the TARDIS turned Mr. House on the invading salvage team? Well only for about five minutes because then the XCOM Alien Abduction sound effect (if you’re going to borrow sound effects, don’t borrow from 2012’s Game of the Year) is going to play in place of the standard cloister bell to signal that the TARDIS is going to die.

Great! The now there is a conflict we can all get behind. The last vestige of Gallifrey, a machine that was old when the Doctor stole it 900 years ago, is coming apart at the seams. For an instant I dared to hope that the death of the TARDIS might extend to the 50th anniversary story. If we take Gaiman’s The Doctor’s Wife as canon, then the TARDIS is more than just a time machine; it is the infinite union of time and space. Something going wrong there could certainly hand wave Tennant and Smith together. Moreover, the audience has a huge emotional attachment to the TARDIS and its death could raise the stakes without putting a gun to the head of the universe. But instead of killing the TARDIS, Stephen Thompson – who is also credited with writing the atrocious Curse of the Black Spot – kills the TARDIS to let Smith and Coleman walk through the time frozen shrapnel of its exploded core.

Is it a cool visual effect? Absolutely? But is it great story telling? Not if the only way out is to call a mulligan on everything that happened in the story and cancel out any potential growth in the main characters or meta-story.

While I’ll offer no quarter to this story as a narrative nightmare, it does shine as an interesting archeological dig into Doctor Who’s internal mythos. The episode very much delivers on its promise to be a journey to the centre of the TARDIS. Along the way we see the much talked about swimming pool and a library which oozes, literally, Time Lord history. There are vanishing walls and West Wing style camera shots of people walking around infinite hallways.

The problem with archeology is that it can often be difficult to craft a narrative around a collection of artefacts. Doing so requires external sources, background research, and inferences which allow for some benefit of doubt. It is on that last point, Journey to the Centre of the TARDIS falls to pieces. I’m not inclined to give the benefit of the doubt to an episode which invokes a reset button to solve the story’s problems. Either by accident or design, such a resolution is lazy. Fun as the tidbits of Doctor who history are, up to and including the ghost voice of Chris Eccleston, they don’t end up contributing to the story as anything other than fan service. As a critic I don’t see why I should forge what remains into something cohesive; such is the task of the writer, not the audience.

Bottom line: It’s a pretty episode, it’s a fun episode, it’s even a nice nod to the series’ long running history, but at best it’s a narrative hot mess and at worst it’s self-congratulatory navel gazing.