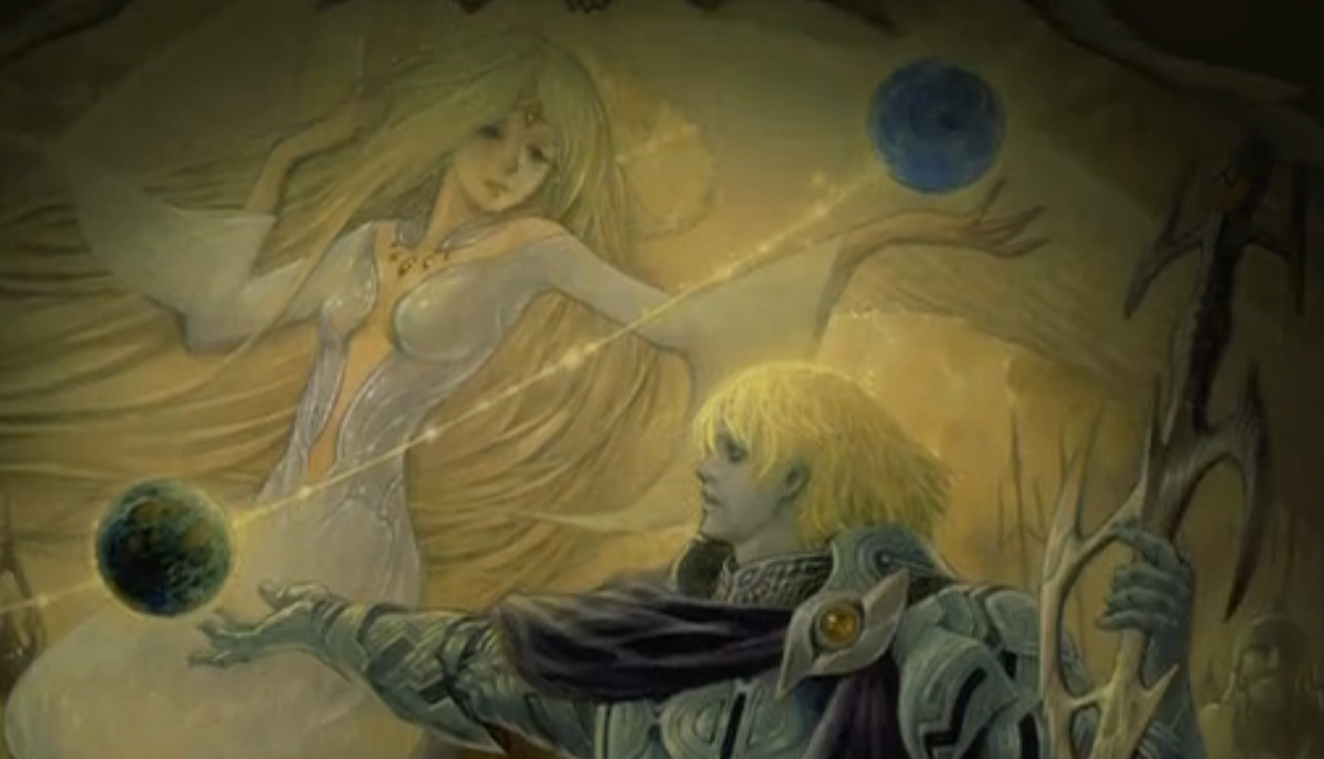 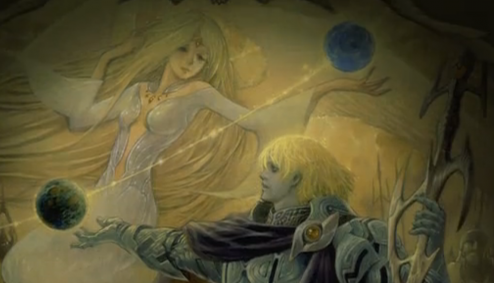 The eighth episode of Space Battleship Yamato 2199 plays out as something of a throw away story. Though Wish Upon A Star confirms a few things any intelligent viewer would have speculated about on their own, this window into the culture and hierarchy of Planet Gamillon really doesn’t break any new ground. In short: if you haven’t quite figured out the series’ extended metaphor, then you will certainly get the message by the end of this episode.

Much of the story happens on Gamillon, where its citizens are feting Lord Albet Desler on the occasion of the 103rd year of his reign and the 1000th anniversary of the Great Gamilas Reich Empire. The VIP after party to the public spectacle facilitates introductions to the Gamilas high command, whose names all range on the Germanic spectrum. Once we move past the toadying and scraping before Desler, the throne room’s assembled guests are treated to the “theatre” of a new weapon being used against the Yamato.

Meanwhile our eponymous battleship has warped into a solar storm, engineered by Desler of course. A lone Gamilas ship, which turns out to be the sole survivor of the Yamato’s assault on the Pluto base, is charged with deploying the “Desler Torpedo,” thus redeeming themselves for defeat at the hands of “the barbarian ship.”

Note here that the Pluto base survivors are white-skinned as opposed to blue-skinned Gamilans. Idle racism from Desler’s inner circle confirms that these Gamilans are non-terrestrial humans who have been assimilated into the Gamilas Empire. Their worlds acceded to Gamilas’ Anschluss unification of the Large and Small Magellinic Cloud, and in return were allowed to serve as second class citizens within the greater Gamilas Empire.

Say what you will about the original series’ attempts to re-write Japanese identity, but at least it was more subtle than this. I would wager real money that Iscandar is now some sort of Space Warsaw Ghetto.

The episode’s big reveal comes in the form of the Desler Torpedo releasing a gaseous biological weapon akin to the blob. For those keeping score at home, Gamilas’ WMD count now includes radioactive meteor bombs and biological gas weapons. Is anybody unclear on how they are supposed to read the Gamilans at this point?

With the solar storm precluding another warp or effective sub-light manoeuvring, Captain Okita’s only option to escape the blob is to sail dangerously close to a star. Doing so facilitates yet another opportunity to foreshadow that Captain Okita’s days are numbered. The Captain’s plan, which apparently none of the Gamilans, save for Desler, could imagine, allows the star’s gravity to trap and consume the gas monster. The Yamato then uses the wave motion gun to blast a gap through an unavoidable solar flare (physics FTW) and thus navigate the ship to safety.

Meanwhile the Gamilas ship that fired the torpedo has advanced on the Yamato in a suicidal attempt to salvage their honour. Unfortunately, the gap in the solar flare closes around the second ship, killing the alien crew in the process.

Could the Yamato have come out of that battle any more righteous? Not only did they let the star destroy the biological weapon, but they passively allowed a force of nature, rather than their shock cannons, to melt the lone Gamilas destroyer. A single blast from the Yamato’s conventional weapons can sink a Gamilas ship. But instead of having the rear firing guns to do just that, the writers kept the Yamato’s figurative hands as pure as an Admiral’s inspection gloves.

For all this constant reinforcing of Gamilas as an evil empire, the only exception being one of the second glass Gamilans reading a letter from his daughter, and Earth as a righteous victim of an imperialist agenda, I really hope that the series is setting me up for a bait-and-switch. Otherwise it is going to be a long season of nothing but binaries of black and white. Where’s the grime and grey area of war? It doesn’t need to turn into a “Space Terrorist” story, per my last afternoon anime post. However, continuing as is seems childish in its simplicity.

–   Lt. Niimi approaches Captain Okita with a request to explore a habitable planet discovered between warps. Okita shuts her down, citing the shelving of the “Izumo Plan.” Interesting to know that the Yamato was designed as an ark, but it’s a stretch to imagine this as becoming relevant to the main plot.

–   Okita shows the bridge personnel a telescope image of Earth when they are 8 light years from Sol. The distance allows the crew to see the Earth as a blue planet for the first time since the war began – physics FTW for real this time.

–   True to the original series, Desler is written as charismatic and somewhat aloof when compared to his zealous staff. He is a paradox as the embodiment of civilized behavior while simultaneously abiding genocide and subjugation. Perhaps the writers can find a way to explain why he is this way, rather than chalking it up to a goofy Hitler allegory.