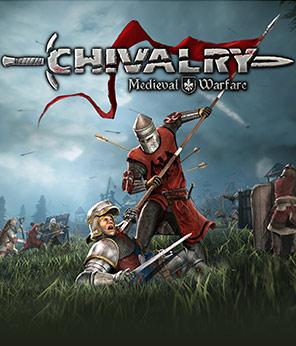 Chivalry: Medieval Warfare is a first person hack-and-slash faux-period piece from Torn Banner Studios. While it has some fine ambitions, the title falls well short of greatness. In fact, I don’t even know that this title makes it into the realm of goodness. Everything about Chivalry smacks of something we would have seen six or seven years ago. As a game solely based around melee combat, I expected a combat engine at least on par with The Elder Scrolls 4: Oblivion, if not Skyrim. And while I might be more forgiving of this and other shortcomings in a free-to-play game, Team Fortress or Tribes: Ascend comes to mind, I don’t think it’s unfair to set the bar a bit higher in a game with a traditional pricing model.

Right out of the gate, Chivalry’s tutorial had me rolling my eyes. Character names and titles seem ruthlessly appropriated from the mythology of George R.R. Martin’s A Song of Ice and Fire. These training AIs, who instruct players in the ways the game’s four character classes, also offer some of the most over-the-top voice acting I have ever heard. Were a person to play this game and follow it up with a screening of Army of Darkness, I have no doubt the latter would seem to resemble Shakespeare.

The herky-jerky movement of these AIs forecasts the motions a player can expect to find in the online play. This isn’t just an issue of lag, mind you. There is a certain robotic aesthetic to these figures. The fluidity of motion one would expect from a game devoted to sword play and its martial cousins never seems to materialize. This is particularly disappointing considering the game is built upon the Unreal Engine. Not to put too fine a point on it, but I don’t understand how a dedicated PC game can feel less fluid than the likes of Infinity Blade.

Factoring in lag and a chronic feeling of piloting a bloated, rather than armoured, knight (which I tested on about eight different servers) the actual game play offers little to write home about. Chivalry presents the usual suspects in terms of game modes: team melee, objective based matches, capture the flag, and free for all death matches. While the latter are always something of a cluster fuck in any FPS, this chaos seems all the more poignant in a game where heavily armoured knights and vanguards, the game’s number two tank class, wack at each other with broad swords and pole arms. Would that players heeded the name of the game, then the FFA (and honestly all of the other game modes) might be more than an exercise in finding two engaged warriors and backstabbing the nearest one.

This is one moment where the development team really missed the mark in terms of game design. The combat philosophy of chivalry could have easily been worked into the game; 10 points for an honourable kill between equal foes, 2 points for a backstab, for example. Chivalry does nothing to encourage players to fight in a way which represents the period in play. There’s no honour or glory to be found in smiting a foe knowing they will respawn and enter the fracas with all the refinement of a twelve year old playing their first match of Slayer in Halo. Say nothing for the fact that I didn’t see a single mounted unit in the game. Not to go all history nerd, but a horse is one of the things that elevates a knight above the common footman.

In terms of visuals, Chivalry similarly manages to underwhelm. There’s nothing particularly bad about the game’s art, mind you. Yet its boring colour palettes and generic fantasy setting do little to forge a lasting impression. There’s not enough detail to the fictional Agatha Knights to create a sense of wonder, nor is there enough clear historical inspiration to evoke an actual sense of place, as is the case with the War of the Roses pc game. Even fire effects, witnessed during the game’s “Raid the Village” mission, seem plucked from the depths of Diablo 2.

The one thing that almost, almost makes up for these limitations is the game’s sound effects. While playing with headphones on I could almost feel my hair getting cut when an errant arrow zipped past my avatar. When using catapults the only way to gauge the range of a shot is by the number of clanks the engine makes as its arm is being drawn back. But by far the most aurally pleasing part of the game is the sound characters make when they are stabbed, shot, beheaded, disembowelled, or otherwise killed. In a game that does little else to define itself as a first person slasher, the splorching, gurgling death rattles of defeated players are fantastic. Though some invoke a feeling of comedic suffering a la South Park, I recognize there is a lack of meaningful source material upon which to build this spectrum of sounds.

In the end, the decision to buy or not to buy this game comes down to a question of value. At $25.99, I don’t see a lot of value to this game for the cost. Unlocking an albeit impressive arsenal of weapons is tethered to playtime just as if this were a free-to-play game. Perhaps my perspective is out of whack, but if I want to make like Robert Baratheon and use a giant war hammer then I shouldn’t have to grind to get it. I know, it’s not uncommon to have to grind to unlock weapons and upgrades in CoD, Battlefield, and the like. Despite my inherent dislike for that particular time sink model of game design, those titles at least look and feel good while they are wasting my life. Since Chivalry never rises above what I perceive to be the current benchmark for free-to-play games, I would not recommend it as a buy. Nor will I recognize Chivalry as the game to bring first person sword play into the 21st century. It’s a fair effort, but this is one knight that won’t be rescuing the princess any time soon.