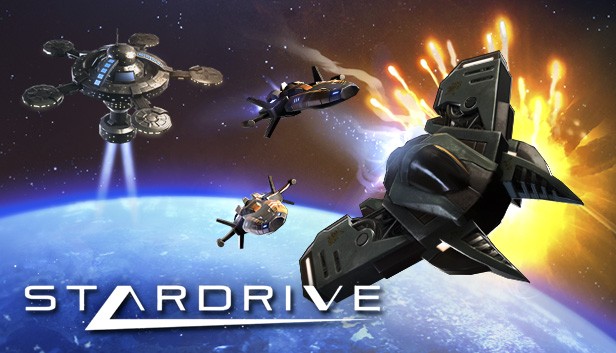 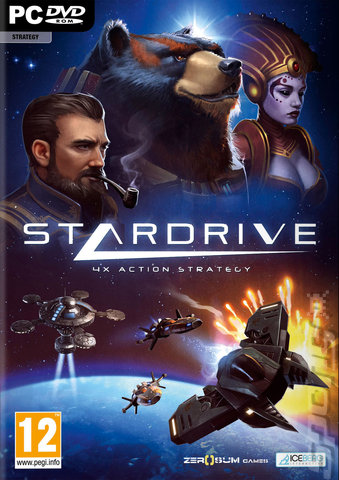 Where to begin with StarDrive? Perhaps, in the past. One of my fondest memories as a gamer is the Christmas break of my eighth grade. Therein I devoted a solid two weeks to my first ever game of Master of Orion. It was a sublime experience for me as a budding galactic tyrant. In the years that followed, I discovered other 4X entires: Endless Space, Sword of the Stars, and Galactic Civilizations to name a few. I also dabbled in tabletop games like Battletech and Renegade Legion: Leviathan. Bearing this in mind, it’s fair to say that my tastes lean toward the complex. But of all those games, StarDrive is easily the best I have played in terms of balancing accessibility with difficulty, offering a level of creative freedom usually reserved for tabletop games, and most importantly, evoking that same eighth grade Master of Orion sense of wonder.

Like most games of this genre StarDrive starts players with a home solar system and a handful of ships. From there, stellar hegemons must research new technologies, expand their empire, negotiate with alien races, and lead an armada across the stars – all in real time. Five seconds in real life equals one turn in the game. To the designers’ credit, I’ve never once felt bored or rushed within this real time system. Granted there are times when I pause the game to take stock of a planet’s economy or an incoming fleet of xeno scum. But no matter if I am managing a single star system or a late game empire, the pace always feels appropriate.

Though much and more of the game can be turned over to AI management, which is generally pretty sharp, micromanagers are going to find themselves utterly enraptured by StarDrive’s economic system. Each planet in the game produces two main resources, food and production. A given world can then be set to export, import, or store each resource. This allows lush Terran planets to develop as breadbaskets or hubs of research, while harsher, but mineral rich, worlds are cultivated into production centers. Facilitating this trade is an intuitive system of player, or AI, designed trade routes. 90% of the time this is a brilliant mechanic to ensure nobody in your empire starves to death. The rest of the time I’ve watched one of my expensive transport ships claiming it is “looking for a trade route” even though I’ve assigned a clear one to it. It’s a minor annoyance which would probably be eradicated if I turned shipping over to the AI, but where’s the fun in that?

Setting up trade routes also allowed me to discover some of the finer points of detail that have gone into the game. One such flourish is planets orbiting their star in real time. I discovered this quite by accident when I noticed a trade fleet sitting idle in a system. I zoomed in only to discover that planets Castor and Pollux had moved out of the trade routes I designated. This may seem like much ado about nothing, but small points like this really help sell the idea that I, personally, am managing a space empire.

Brilliant as it is to command my own version of the Colonial Union, ruthlessly exploiting the Earth as a breeding tank for colonists, manoeuvring from a galactic scope down to a single planet can be a bit clumsy. Eventually I memorized the important keyboard shortcuts, but when ship models on the galactic map are designed (somewhat) in scale to stellar bodies, there can be a lot of zooming in and tracking on the mini-map. It’s very honest to the grand emptiness of space, mind you. But players should be prepared for a bit of extra mouse work.

Perhaps if StarDrive came with an interactive tutorial I might have been able to sidestep some of this early confusion. Then again, I could have paid a bit more attention to the built-in slide show explaining the game’s core game mechanics. Beyond this initial overview, an in-game help system offers a triad of videos and expanded entries on the tutorial’s material. So if you start to feel a bit overwhelmed, the guidance is there. Just don’t expect StarDrive to teach you once the game begins. The onus is on you, the player, to learn what you are doing.

Where StarDrive really shines is in terms of ship building and ship combat. Where Galactic Civilizations had players making lego ships as a lead in to glorified paper-rock-scissors battles, StarDrive creates an experience similar to what I used to get when designing a pen and paper starship for a game of Leviathan. Each ship class has a fixed amount of space for internal and external modules. From there the player uses their tech at hand to design a ship which will suit a particular role. Let me give you an example. When the game begins you can only build fighter-class ships and freighters. Alone in the galaxy I didn’t bother researching corvette-class hulls. This proved a mistake when I ran afoul of some corsairs with ships much bigger than mine. I sent out two squadrons of my finest fighters to meet the brigands. None returned.

At that point I seemed well and truly fucked. Then, inspiration struck. I could take a freighter hull and load it up with guns. Sure it would maneuver like a pig in a bog, but it would protect the Earth. Lo and behold my mighty freighter fleet won the day. Of course they ran out of ammo during the next battle, once again proving that logistics is at the core of StarDrive.

From there I began further experimenting with ship design. Once I unlocked laser tech, I built a line of fast interceptors designed to shoot down missiles while heavier corvettes pounded the enemy with forward guns. Learning from past mistakes, I loaded out a middle weight freighter with a munitions factory so I could rain a constant stream of nukes on a “Kulrathi” planet without sending in the marines. I have dreams of building my own personal Space Battleship Yamato and blasting my foes with mighty broadsides, but I haven’t quite unlocked the titan ship class.

If that were not enough, StarDrive also offers a truly inspired fleet construction window. Rather than having industrial planets spam out ships, a la Master of Orion, players can build fleets of almost limitless scope. This involves designing a proper combat formation: fighter screens, fast attack destroyers, bomber wings, if you can imagine it, you can build it. The fleet manager then asks if you want to requisition the fleet from existing ships or build them from scratch, automatically dividing production between the core worlds of an empire. I may have got a little carried away with this during my first play through. In economic terms, I think the expression is shameless defect spending. Still, it was worth it to watch the fleet assemble in real time before FTLing into battle. Military history nerds, delight; this game is for you. It may not have the flash of Sword of the Stars or Homeworld, but the persistent top down view accentuates the player’s position as commander-in-chief instead of a mere Admiral.

At present StarDrive only offers a single “sandbox” mode. In terms of end-game, this requires either wiping out all other life in the galaxy or bringing the races together into a federation. It does, however, seem a bit odd to build in a menu option with only a single game mode in mind. I’ll assume that Zero Sum Games has plans for more content, or they’ve built in the game modes option as a means of supporting an already very active modding community.

StarDrive does fall short in a few areas, nothing critical mind you but certainly noticeable. Despite a commitment to modding, there’s no way to change the game’s default key bindings. Event notifications are just a little too spare for my taste. I don’t need a ping each time a ship gets built, but a fleet’s construction should merit some alert. Where every other screen in the game has an obvious “click this to exit” button, the fleet construction screen does not. And occasionally ships will rally to a location seemingly of their own volition. Again, these are small issues and nothing which should preclude a person buying the game. I would submit that addressing these points in a patch would make an already excellent game that much better.

In the final assessment, I’m reminded of something Jake Soloman said during one of his XCOM Enemy Unknown interviews. Soloman suggested that strategy games come in two varieties: complex and complicated. Complex games are deeply layered, but still approachable and thus still fun. Complicated games are just that, complicated. StarDrive is firmly rooted in the complex category. It’s not an easy game by any measure. Truth be told, it probably has a steeper learning curve than most games out there. But it stops well short of being burdensome upon a willing player’s patience. The current build has a few cosmetic bugs, but nothing that broke my gameplay experience. Overall, StarDrive reflects the developers’ clear passion for 4X games, as well as a long standing relationship to science fiction as a genre – see some of the alien races for various ‘in’ jokes. This is a must have for both fans of 4X games and those looking to cut their teeth on this style of game.