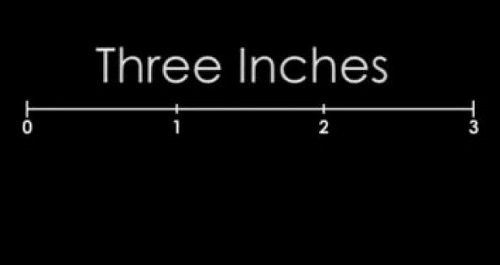 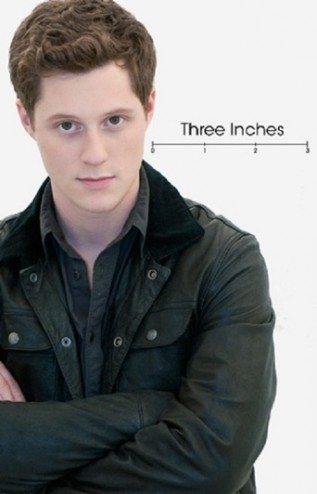 Yeah, I know, I’m not exactly stretching my critical talents in taking on the likes of Three Inches. I’ll make it up to you later.

Originally intended as a pilot for a SyFy series that never was, the movie lands in a dead zone of mediocrity located somewhere between X-Men and Mystery Men. Granted, the movie has potential, especially given some of the established talent attached to the production. Yet the combination of a bloated cast and a poorly plotted script kill any chance for this movie to gel into something better than the sum of its parts

The story focuses on Walter (Noah Reid), a twenty-six year old dog washer who lives at home with his mother, played to the hilt by Andrea Martin. Right out of the gate I’m not sure what to make of Walter, whose primary goal in life seems to be finding the nerve to tell the literal girl-next-door that he’s loved her forever whist adorning the walls of his bedroom with classic Starcraft posters – methinks Blizzard kicked in a quatloo or two toward the production budget. It’s the sort of initial conflict I would expect in a movie with a teenage protagonist played by a twenty-six year old actor. The only benefit I could see in aging up the juvenile trope is it allows Walter’s inevitable superhero angst to be tied to a paper thin subtext on post-university career disillusionment.

Shortly after Walter, who also narrates the movie to little affect, gets rejected by the girl-next-door he is struck by lightning. This in turn awakens his telekinetic ability to move any object three inches – a seemingly useless power for which the writing is clever enough to find some decent applications. This extended first act, which goes on for nearly forty-five minutes, also sees some of the movie’s best comedy. It’s mostly one liners and unexpected reactions to clichéd situations which get the job done. The act also introduces James Marsters as Troy Hamilton, who fulfills the Nick Fury/Professor X archetype; it’s just a shame his part is so flimsy that a stiff gust of wind could knock it down like poorly assembled lawn furniture.

Three Inches’ sins extend beyond making a strong character actor play a boring as toast bureaucrat. The movie is hopelessly bloated with secondary and tertiary characters. I’d be happy if these players were dispensable redshirts, but the story actually tries to give them all screen time. This slows the pace so much that it takes a full hour before the story’s central conflict finally lurches into action. The writers, whoever they are as there’s no writing credits listed on IMDB, spend far too much time in the “getting to know you” and “why we fight” phase of the super hero character arc, only to skim through the actual conflict.

Then, as if somebody recognized that the script pissed away runtime that would have been better spent on framing a tangible foe or at least a clear objective for the superheroes, the third act triples down on the pathos. The “acquire the package” trope resolves into the package being a little girl and suddenly the audience is supposed to give a damn. If only we knew why she was special, beyond the lazy exposition that identifies her as a person with uber-powers. Perhaps if we learned something about those holding her captive, then we might care about this plot twist.

Cut to a cornball “I’m Spartacus” ending, sans crucifixion, followed by Walter backsliding into his crush on the girl-next-door, even though the sexy female superhero on his team all but made her intentions clear to him, and the movie leaves its audience wondering just how many executives actually thought this would be worth an hour and a half of my life.

On a technical level, Three Inches boasts some of the sloppiest editing that I have ever seen. There are scene and act breaks which cut to black for three or four seconds before moving on to the next sequence. Again, I want to know how something like that gets past the final screening. Surely somebody must have wondered why the editor was intentionally killing the pace of the story every eight minutes.

In the final assessment, Three Inches certainly showcased some potential, if only it knew what it wanted to be. It’s not funny enough to be a full-on comedy, but it’s too poorly paced for me to take it seriously as an action movie. It smacks of committee style writing and revision throughout the production. Unless you are slavishly devoted to James Marsters, Naoko Mori, Craig Eldridge, or Andrea Martin, you would be wise to give this one a miss.

Written by: Nobody, apparently.