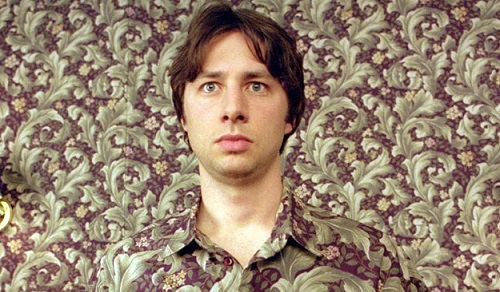 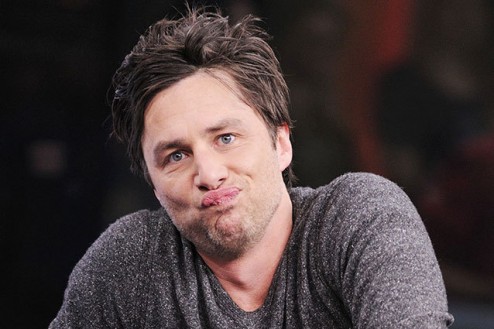 I was content to leave Zach Braff’s Wish I Was Here controversy alone. I said my piece on celebrities using Kickstarter during my last podcast. But upon witnessing the sheer condescension and doublethink of Mr. Braff’s recent knee jerk to criticism, I’ve decided to build upon my past dialogue.

I view Kickstarter, Indiegogo, and other crowd sourcing platforms as a very high class form of begging, and that’s fine. People who pass the digital plate around are usually saying, “I don’t have the money to do x, but here’s my plan, and this is the endgame. Please invest without actually buying stock.” In theory, crowd sourcing then works as a meritocracy. The essential problem here is that mixing celebrity sponsored projects into the equation has the potential to skew what should be a level playing field.

In this case, it is fair to ask if Zach Braff met his funding goals because people believed in his creative vision, or if adoring fans supported the object of their affection, regardless of the value of his project. The latter becomes problematic and potentially exploitative. I doubt Kickstarter’s founders would claim that the intended purpose of their platform was to facilitate celebrities leveraging their notoriety as a means of funding vanity projects. And in the eyes of this critic, there is a very fine line between passion project and vanity project.

In the wake of criticism from the likes of Ken Lavine, and the internet at large, Braff made the mistake of taking to youtube to defend himself. NB: I say this as somebody who quite enjoyed Garden State and mostly liked his work on Scrubs. So, dear reader, please do not assume I am jumping on board the hate for hate’s sake bandwagon. Where Braff should have applied his celebrity sensibilities and ignored his detractors, he instead he got righteous with the internet.

Braff opens with an attempt to establish a sense of legitimacy as both a citizen of the internet and film maker. Fair enough, I’ll concede Braff’s knowledge of directing outstrips mine. Unfortunately, this opening salvo very quickly turns into a sort of narcissistic doublethink. Braff points out his “huge” social media following, suggesting that “it would only take 20,000 or 30,000 people giving ten bucks a piece” to make his movie. Never mind that he set a fundraising goal of two million for Wish I Was Here; let’s stop and parse his statement. Zach Braff has over a million followers on Twitter. In his hypothetical situation Braff would be mobilizing a mere 2.5% of that fan base. To put this in context, if 2.5% of my twitter followers (at the time of this post) gave me 10 bucks for a production I’d have about $100 – enough for one new podcast quality microphone, but not the mic stand. Perhaps there is something to be said for the online community raising questions about (ab)use of star power in this situation.

Braff further attempts to leverage himself as a member of an online community when he is directly pressed on his celebrity status as a key to kickstarter success. In answering this question he segues into an anecdote involving his publicist reminding him that he was writing a production blog for Garden State before blogging was a mainstream thing. Ah, hipsterism at its finest.

The problem is that Braff doesn’t seem to realize that any points he may have scored for being “one of us” are now tallied against the fact that he’s the kind of person who begins a story with “my publicist just reminded me.” How many other people seeking funding for projects on Kickstarter have publicists? I don’t begrudge Braff his success, and subsequent need for a public relations person. Yet it remains difficult to buy into his dialogue of egalitarian oneness when he’s invoking something that is closely related to celebrity exceptionalism.

In a further discussion on community Braff discusses how he received unsolicited concept art from a German fan. Braff appears genuinely grateful for the support. Yet he never seems to acknowledge that his role in the community is of a first among equals. We might all part of an online space, but not everybody gets people doing things for free on their behalf. By virtue of his mainstream celebrity, he is predisposed to a certain type and quantity of sweat equity that other independent producers can only imagine. Again, this is fine. But when Braff idly suggests that he could call Bill Lawrence if he wanted to really make money, in lieu of working on an independent production, he’s not demonstrating humility; he’s projecting an air of cluelessness about the connections he has within the entertainment industry. Where other producers on Kickstarter will be scrounging talented volunteers, and daring to hope for mainstream recognition, Braff has a rolodex of established industry professionals to call upon. On some level, he must recognize that he’s not just some kid from Jersey with a video camera and a pocket full of dreams. Joss Whedon might have made Doctor Horrible as an indie project, but he was still able to get Fillion and NPH on-board before they’d even seen a script. Braff isn’t Whedon, but he moves in similar circles. Any pretensions otherwise land as, at best, flaky, and at worst, dishonest.

Perhaps the most damning parts of the interview occur when Braff speaks to his critics. He begins with humility but then transitions into condescension: “Those of us involved in social media, or are very web savvy, had to see this was coming.” Really, Zach? What does that mean? Seems to me like you’re suggesting those who disagreed with your vision aren’t as plugged in as you are? He also chalks up the “head scratching and vitrol” directed toward his campaign as a reaction to the unexpected speed with which his movie was funded. It’s all very polite, but there’s a distinct subtext of righteous indignation to Braff’s words. It is as if he’s saying that those who agree with him are clearly hipper than those who dare to question what is happening.

To reiterate, my ultimate point of contention is not with Braff as being “too rich” or too successful to use kickstarter. I don’t have access to his books, so I won’t speculate. I do suspect a great many people find his justification for using kickstarter distasteful. Similarly, his demands for total creative control might echo as hollow and self-aggrandizing. For me, the crux of this issue is Braff’s faux humility and strategic application of doublethink.

Braff talks about nobody making money on indie art house projects. Yet Garden State is an incredibly successful movie in terms of money. It cost, according to Box Office Mojo, $2.5 million to produce and grossed $26.7 million. He talks about Wish I Was Here as a passion project, but then discusses “Presale territories”, and commitments to screen in Rome, Berlin, and Paris. This is not the voice of an “indie” artist who has maxed his credit cards and borrowed from his parents just to submit to a local festival a la Kevin Smith’s Clerks. What it seems like is Zach Braff using Kickstarter to fund Zach Braff Studios, all the while invoking “community” and film school sensibilities as a smoke screen. This is  why people are mad at you, Zach Braff. This is why you need to shut up for a while, then say thank you a few thousand times before making your picture. You said it yourself, Zach, vis-a-vis the disaster of Morgan Freeman’s Reddit AMA, “People can smell bullshit,” and right now your riposte video stinks to the high heavens.