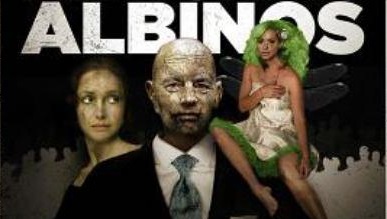 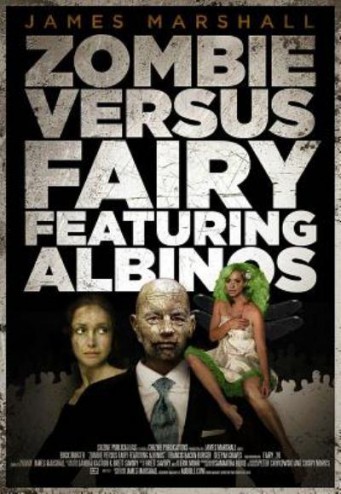 Last summer I read and reviewed the first entry in James Marshall’s How to End Human Suffering series. Upon finishing the book I thought to myself, “Where does he go from here?” How does a sequel keep the momentum and tone of Ninja versus Pirate Featuring Zombies when the original already turns it up to eleven in terms of a no-holds-barred allegorical experience? Thus it was with some level of reservation that I cracked the spine on Zombie versus Fairy featuring Albinos; it would either be the Empire Strikes Back of book sequels or the Highlander 2. Oh me of little faith, but I’ll get to that.

Before I continue, a word or two on context. When I had the pleasure of interviewing Mr. Marshall last summer I incorrectly cited his series as horror for want of any other easily named genre. James instead offered that the How to End Human Suffering series is more aptly described as “Geek literary.” When I pressed him for a definition of the term, he responded with this,

So if NvPfZ was an experiment in geek lit, and a highly successful one at that, then ZvFfA is proof positive of what can emerge out of this fully realized approach to high concept genre writing.

Rather than focusing on Guy Boy Man, the eponymous Pirate of the first novel, ZvFfA’s protagonist is a zombie named Buck Burger. Unlike most of the other zombies in the world, who are content to revel in the consumption of human flesh and generally make a mess of the planet, Buck is depressed. It’s a deeply rooted existential malaise that sees Buck longing for something grander as he gradually comes to understand his depression is the result of the world being very depressing, and not a chemical imbalance in his head. Naturally, this makes Buck well suited for senior management within the Zombie hierarchy.

Where Mr. Marshall drew heavily upon Plato’s Allegory of the Cave in NvPfZ, this installment draws upon modern sources for its controlling metaphors. When Buck is promoted to Zombie senior management, my thoughts turned to Mustapha Mond explaining to Bernard Marx that those who truly understand the world must either live apart from it or embrace a role in managing it. Moreover, the rampant consumerism which personifies Zombie culture rings quite true as both an allusion to Huxley’s “Fordism” and a critique of our own society.

The true strength of Marshall’s style, as witnessed in this novel, is that he doesn’t limit himself to a single realm of exploration. It would be enough if ZvFfA was simply a commentary on a knowing individual’s relationship with an alienating society. Instead the story is as artistic as it is efficient in its ability to peel back the layers on Zombie/contemporary Human culture. Through Buck’s depression it then explores what it means to be a part of the metaphorical undead/great unwashed. This includes a scathing criticism of the entertainment industry, as personified by the novel’s Albinos, and a surprisingly honest examination of modern marriage that blends together the ideas of Franz Kafka and Woody Allen.

Perhaps this commitment to the reality of the setting is one of the great improvements of this book over its predecessor. NvPfZ, for all its brilliance, is bat shit crazy – and I mean that in the most complimentary way possible. The central question of said book emerges as, “Is this really happening?” Is Guy Boy Man actually a pirate who stole the Pope’s hat and trillions of dollars thus precipitating a global economic meltdown? Or is he just a very disturbed teenager who has constructed a fallacy as an attempt to reclaim agency in a cruel and unfair world? ZvFfA only ever flirts with this first question. After a mere three or four chapters I took it for granted that the world, as told by Buck, is how it is. After all, why would a depressed Zombie lie about the world? If Buck was capable of dissembling on an internal level, he wouldn’t be depressed. And because the Zombie world is layered over of our world, hidden from everyday sight by magical creatures, ZvFfA invites the reader to ask not if the events of the story are true to the internal narrative, but how they as an observer would place themselves within this world. Are you contributing, like Guy Boy Man and the other devotees of Awesomeism, or you consuming, like a Zombie?

With Buck’s story, and all the subtext therein, framed by the decline and fall of his Zombie marriage, ZvFfA is wholly effective as both a stand-alone novel and the second entry in what is rapidly becoming my favourite subversively literary series. Zombie versus Fairy featuring Albinos proves that James Marshall doesn’t turn it up to 11, 11 is where he lives.