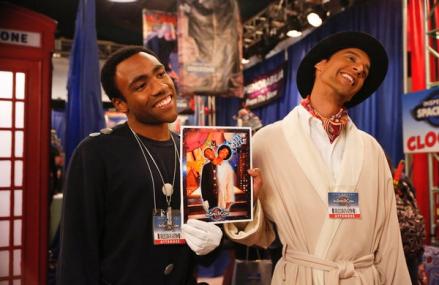 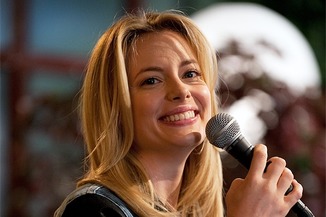 NB: This piece was first drafted weeks ago, well before there were even rumours that Dan Harmon would return as Community’s show runner. Naturally, a fifth season of Community no longer constitutes the Darkest Timeline. Harmon at his worst produced better television than Moses Port and David Guarascio did at their best. Prove me wrong people, I triple Dean-dare you.

For posterity’s sake, I’ll present this post as I originally wrote it if only to bookend my critical discussions about the most recent season.

With its weak fourth season behind us it’s hard to process the news of NBC renewing Community for a fifth go-round. I guess it pays to be the best of the worst on America’s last place network. On the up side, Whitney and its overdone girl-Seinfeld gimmicks managed to land a spot on the chopping block. Whitney, can’t stand ya, mean it.

Make no mistake, though, Community’s renewal should not lend any credence to the notion that this was a good season. In thirteen episodes there was maybe, MAYBE a single grade “A” episode: Cooperative Escapism in Familial Relations. For each “B” episode there were twice as many “C” or “D” episodes.

Rather than drilling down on each episode individually, I’ve put together a few thoughts on the broad strokes which ultimately served to diminish the season’s potential.

Malcolm McDowell may not have John Oliver’s comedy chops, but the man can chew the scenery with the best of them. Forget about A Clockwork Orange for a moment; McDowell is one of the few actors to portray the mad Roman emperor Caligula. He twice played the role of the notorious/villainous Admiral Tolwyn in Wing Commander 3 and 4. And the only reason I watched the first season of Lexx was for the ten minutes McDowell appeared.

This is a man who can act anywhere on the evil/crazy spectrum. What was he reduced to for Commuinty? A jabbering Englishman, sneering at the American education system while hiding his deep seated self-loathing. Isn’t that every Englishman?

Sony will have to pardon my expectations that a genre actor whose career spans six decades might be good for something other than playing an older more-sober Ian Duncan.

I’m going to use this point to also cover the “Remember when this used to be a show set at a college” argument as the two are closely related.

Greendale, and more specifically the study room, was the backbone of the series. Moving the story of the Greendale Seven out of Greendale necessitates breaking up the cast into smaller units. This isn’t necessarily a bad thing, but the way it was handled this season was too lazy. Troy and Abed are together more often than Britta and Troy not because the former are funny together, but because the writers clearly could not think of anything to do with Troy and Britta as a couple. Jeff spent way too much time with Annie, seemingly because they make a cute (if creepy) couple, despite Britta being Jeff’s natural foil in the series. Shirley ended up a neglected middle child, and Pearce, either through intention or accident, was almost a null factor.

The characters, and perhaps even the actors, work best when they can play off of each other. Meta moments are lost, and tight storytelling is all but impossible when four or five sets of independent dialogue have to get crammed into a twenty-two minute episode.

The writers laughed at us instead of with us. Screw you, writers.

The episode with the Inspector Spacetime Convention. Do I really need to elaborate on this point?

The enduring charm of Community is that it uses its name with maximum effect and affect. Harmon’s blogging and monthly comic shop throw downs crafted a sense of community and dialogue with the audience. Externally, Community has become an all encompassing cultural touchstone for its viewers. Not in any hipster sort of way, mind you. More as an “Okay, you got reference A, which is in itself a reference to B, which is further a satire of high culture artifact C. Therefore, you will likely get everything else that I have to say.” To offer up an episode that looks at a genre community only to point its finger and scream, “NERDDDDDDD!” is to visibly piss in the pool and invite the audience in for a swim.

A lack of consistency in character development

Perhaps the writers were taking a mulligan on the events of season three, but season four seemed to ignore some major elements of characters growth while accentuating the ensemble’s personality flaws. . .because it’s a sitcom, that’s how things are done. Now shut up and watch Annie and Shirley dump popcorn in a car.

I thought Annie had made peace with her girlish crush on Jeff by the end of season three. Yet three episodes into season four and she is playing house with Jeff as if she were inside the Dreamatorium.

Herstory of Dance casts both Jeff and Dean Pelton as abject assholes. Weren’t we past Jeff being a dick to his surrogate family? And is the Dean really that bitchy? Considering how Britta helped Jeff deal with his paternal reunion, you think he might have moved past being needlessly capricious. Of course this is what happens when you neuter Chang from chaotic evil to lawful Kevin. All of a sudden there’s no bad guy to rain on everybody’s parade. Great foresight on that point.

I could continue this vivisection at length, but the point here is that it’s hard to laugh at a joke when I’m continually noting actions and dialogue that don’t quite fit with what I’ve come to expect of the characters. Perhaps these changes open the show up to newcomers, but it certainly has the result of putting off established fans who want nothing more than a little consistency from one story to the next.

The manic need to make every joke work

If there is one take away lesson from Dan Harmon’s tenure as Community’s showrunner it’s that not every joke needs to land with everybody. It doesn’t break the show if something goes over a person’s head. The fact that this season began and ended with an Inception homage screams of the writers attempting to turn Community into something aimed at a much broader audience. Note this season’s other pop culture references: The Hunger Games, The Shawshank Redemption, Scooby-Doo, Freaky Friday. There’s nothing particularly esoteric about these choices, certainly not along the lines of Abed’s The Last Starfighter moment while playing Asteroids. In broad strokes, this makes the writing look desperate for the audience’s appeal.

There’s a verb used in gaming which perfectly applies to this season of Community: “nerfing.” To nerf something is to make it less powerful or less advantageous in certain situations. Nerfing comes as something of a double edged sword. Those being nerfed almost always find the act an injustice foisted upon them from on-high. Meanwhile, those who are witnessing the nerf are usually satisfied to be on a more level playing field.

There’s no doubt in my mind that NBC and Sony nerfed the crap out of Community’s fourth season. They made it safer, more sitcom-y, and more accessible while trying to maintain the illusion of meta story telling. Ratings, though steady, did not improve for the effort. Perhaps the powers that be need to accept that Community will never be The Big Bang Theory. The series lives on the margins and from there it will draw its limited audience. Since the decision has been made to invest in the series for a fifth season, I hope that Moses Port and David Guarascio, and anybody else involved, will let the series be what it was meant to be, rather than trying to frame it within a functional business model.