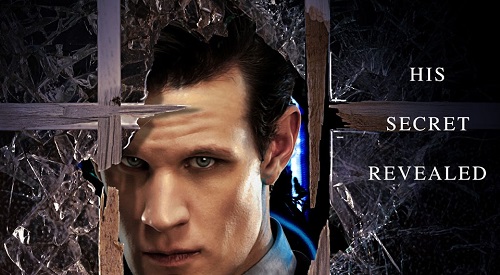 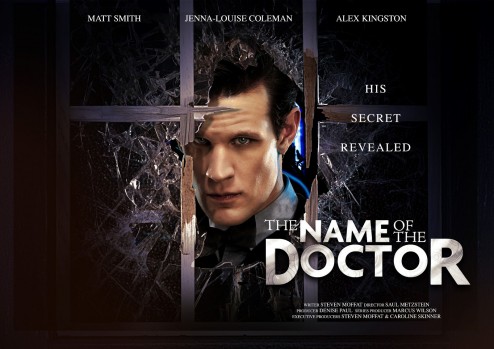 Oh, Moffat. You just can’t resist the temptation to mess with the universe itself in a season finale, can you? Granted, RTD loved to put a gun to the head of creation with his finales as well. Nevertheless, it has become something of a fixture in Moffat-era Doctor Who to watch the stars winking out of existence as a means of telegraphing the stakes of the conflict at hand. And to be perfectly blunt, it has become a lazy and tired routine. I like it not.

An ongoing story reaches a point of diminishing returns when it keeps going to the well of nullifying the cosmos. Perhaps it is time to roll things back to the scope we saw during the Battle of Canary Wharf. The consequences there were big, but the danger was real enough that it threatened individuals rather than abstractions of life. But I’m getting ahead of myself.

Despite my misgivings, The Name of the Doctor does offer all the elements of a Moffat finale, if you are into that sort of thing:  a magic place, Trenzalore, a magic doodad, The Doctor’s grave, and a magic bad guy, The Great Intelligence. Said Intelligence wants to break into the Doctor’s grave so that he might “find peace” by dispersing himself into the entirety of the Doctor’s time stream. Apparently Time Lords have THE WORST and most problematic decomposition. It’s typical to what I’ve come to expect from recent Doctor Who; the ideas are very fascinating and high concept, but they never quite manage to be as meaningful in their execution. Temporal instability as a unique consequence of the Doctor’s death would have been fine as a plot device. As presented, it’s means to a retcon as well as a waste of third act on a villain who has presumably been behind everything for the last three years.

Would that the Great Intelligence had some motivations akin to what we saw in The Bells of St. John or even The Snowmen. Also, does anybody else remember when the TARDIS got hijacked without explanation? Instead of using this foe to unify the last three seasons of long-arc storytelling, he is reduced to a banal desire to kill the Doctor. Then it’s all Matt Smith writhing about amid the usual “Oh god the whole of the universe is going to die because the Doctor is just that important” exposition. When the actual conflict does lurch into motion, it does so seemingly as a convenience to exploring who Clara is as the impossible girl.

The answer to this season’s (un)question further left me annoyed. Over the course of this year modern Earth Clara has had zero character development. She is as bland as a baked potato absent fixings, always doing what the Doctor says. She is oddly sensible in the face of terror. She is quite flawless in that she never seems to precipitate any conflict whatsoever. For example, Clara would never create a big ass paradox a la Rose in Father’s Day. After half a season I would kill for her to channel some of Adric’s twerpishness or Leela’s stab-now talk-later attitude. All Clara does is bring out the compulsive side to the Doctor, thus facilitating some really questionable ethical decisions on the part of Eleven. Keeping all this in mind, I am not going to be receptive to Clara being retroactively installed as the most important part of the Doctor’s life, arguably more important than the TARDIS itself. It might work for some, but for me she’s just another Mary-Sue.

In terms of a cool factor though, watching Jenna Louise Coleman interacting with William Hartnell buries the needle. In fact, it’s almost a little too cool. Because when we witness Time Lord Clara recommending the TARDIS to One it further accentuates how bland prime-Clara is as a character. Dalek Clara, Barmaid/Governess Clara, and Time Lord Clara all have more story to them than babysitter Clara. Should I really be caring more about the Claras scattered throughout space-time than I do the one in the box?

On that very practical note, The Name of the Doctor should invite a conversation on the limits of a showrunner’s power. By what right does Moffat insert himself into the series pre-existing history? Certainly I could make a case for this gambit as clever big-arc story-telling, but I could just as easily make a case for Moffat being a narcissist who overplayed his contribution to the series. The series one rule of time travel, never crossing over your own timeline, should be more than an answer to temporal paradoxes. Keeping the Doctor far from his own history ensures that current showrunners aren’t elevating their tenure beyond its place within Doctor Who’s canon.

Amid all this disappointment, some elements of the episode proved quite smart. In so much as the last two years have built toward the looming dread of the Doctor’s name said aloud, the Name of the Doctor reminds the audience of the dangers in taking things literally. It’s not the name that has power, it is the actions committed in the name of the Doctor which prove to be of significant consequence. Enter John Hurt as the Doctor.

John Hurt as the Doctor, not the Valeyard, the Beast, or the Oncoming Storm. The Doctor, who did what he did in the name of peace and sanity, but not the name of the Doctor. Remember when Tennant talked about the Face of Boe as being textbook enigmatic? I think Hurt and Smith, along with some help from Moffat’s pen, just set a new high watermark.

Set aside the liquid awesome that will be Tennant and Smith vs Hurt (likely as a stand-in for what should have been Christopher Eccleston), this pending battle could actually be a meaningful conflict for the Doctor and Doctor Who. The Doctor’s MO is to run. He doesn’t do endings (thank you River Song for once again showing up to remind us of that), and he can’t handle mortality in himself or others. If Hurt is indeed Nine, or some lost 8.5 regeneration of the Doctor, the one who fought the Time War before regenerating into Eccleston, then it puts the series in a place where the Doctor will have to stop running and confront himself. This doesn’t preclude a big conflict, but it demands resolution on a personal level. The Doctor will have to grow from whatever happens during the story with John Hurt as the Doctor. How often have we seen that in recent years? More often than not the meta-story has been to reboot the universe as a means of maintaining the status quo.

In the end, The Name of the Doctor counts less a bookend to a season and more as a tease of things to come. A weakly written, if well performed, main conflict writes River Song out of the series, seemingly for good this time, but quickly fills the Mary Sue gap in taking Clara from zero to infinity. The episode only shines as a vehicle for introducing the next big thing. John Hurt’s reveal, and the potential for teasing out more of the Time War – assuming the history text in the TARDIS was a Chekhov’s book – has me genuinely excited to see what comes next. For the record, Doctor Who hasn’t got me excited for its future since RTD was running things. In the meantime we can start the debate on why Strax, Jenny, and Vastra need a spinoff that is somewhere between the Sarah Jane Adventures and Torchwood.

Yeah, I said Torchwood. You want to make something of it?