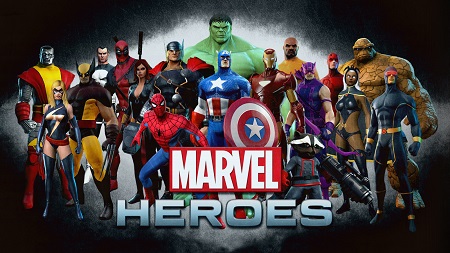 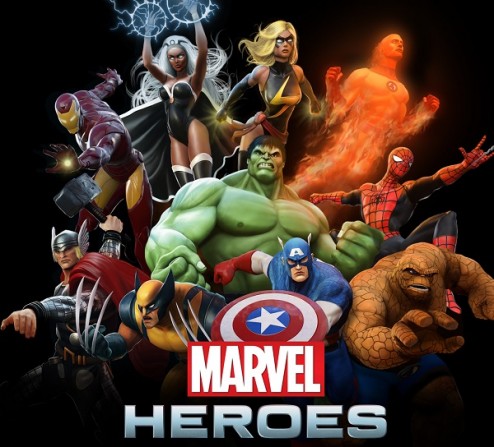 In theory, Marvel Heroes is the sort of game that is impossible to screw up. Overlay the proven formula of Marvel Ultimate Alliance onto a game engine that resembles Diablo 3 and the rest writes itself. Seems simple, right? Yet somehow Gazillion Entertainment has managed to make a hash out of an MMO experience that is positively dripping with wasted potential.

After installing all twelve gigs of Marvel Heroes I couldn’t wait to create my own hero, or maybe even inhabit someone famous from the Marvel universe. I dared to let myself hope that I could play as the Sentinel of the Spaceways himself, the Silver Surfer. Instead this free-to-play MMO presented me with these choices for a starter character.

Thing, Daredevil, Scarlet Witch, Hawkeye, and Storm. I can’t say that this cross section of the Avengers, Fantastic Four, and X-Men really did much for me. Naturally, getting access to any of the A-Listers from the aforementioned teams required an in-game purchase with real world money; though the game’s various and frequent load screens do promise that there is a way to unlock every character for free. After about five hours of play testing I’ve yet to find a chit to unlock anybody other than Daredevil. Maybe I’m not using a big enough grind stone.

The real problem with this very limited choice of starter heroes is that it’s paired with a non-instanced game environment. There’s no sense of specialness to being the Thing when at a moment’s notice four or five other Things and two Storms can walk onto the screen and mix it up with a group of bad guys. Where’s the sense of plausible atmosphere and immersion when five Hawkeyes go running down the street in a line abreast formation?

Similarly disappointing is the game’s overall appearance. Even with the graphics turned up, Marvel Heroes falls well short of the visual benchmark set by Marvel Ultimate Alliance. In fact, I’m not certain if it gives X-Men Legends a run for its dated money. Even if we make the most generous concessions to the visual limits of an MMO, its hard to rationalize away the fact that the Thing looks less like a rock monster and more like a passable Clayface – assuming the DC universe managed to work its way into this game. This begs another question: are the “Ultimate” visages of the Marvel heroes still under licence to Activision? Because at the risk of sounding too shallow, it is hard to take Hawkeye seriously when he is dressed in his Silver Age archer get up.

Yeah, I said it. Hawkeye’s costume looks stupid. Frankly, I think it has always looked stupid. I thought it looked like a joke when I read my first Avengers comic. It looked no better when I saw it again on the 90s Iron Man cartoon, and I think it looks like the last thing any self-respecting super hero would wear when going to fight urban crime in Hell’s Kitchen. So that’s that bell rung. Anybody want to fight about it?

Marvel Heroes also manages to miss the mark in terms of a challenging game experience. Half of this problem is due to the open world, non-instanced design which never puts a limit on the number of heroes that can be in once place at one time. During a battle against Electro, and yes he was wearing the absurd yellow and green costume while daring to pass himself off as the boss for the game’s first act, there were no less than 20 heroes slogging it out against him. Mind you, this wasn’t a raiding group, either. Most of us involved in the battle were just passing by and decided, “Hey, might be fun to punch a twenty-foot-tall Electro.” This was great for the loot, but it also speaks to what I said before about crafting an individual experience. I should only be fighting Electro when I have triggered him, not because I blundered past where his event happens to take place.

The other half of the difficulty problem is that all of the rank and file goons are hilariously easy to kill. Two regular punches from the Thing, or one power punch, were enough to kill 90% of the street toughs I encountered in Hell’s Kitchen. When I took Storm, an AoE character, out for a test drive I found little in the way of an actual PvE challenge. Even mini-boss super villains, like Shocker, seemed hilariously under powered. There is something to be said for soloing a quest, but what’s the point in making an MMO if there’s no real motivation to party up? When playing as Storm or Hawkeye there should be some parts of the environment that necessitate finding a Thing or Daredevil to act as a meat shield. Instead, every character feels equally capable of handling things on their own. Thus do the character classes emerge as rather lack luster.

At the risk of repeating myself, I will say that I’d be willing to forgive all of these problems if Marvel Heroes looked to be doing anything to create the illusion of a personalized experience. Though it is impossible to craft a truly exclusive narrative in an MMO, there are ways to present the appearance of the player being the star of their own show. Instances, hero/class based quests, and even NPC dialogue personalized to the individual player are just a few of the things that make a gamer feel immersed in an MMO; they are also painfully absent from this game.

Despite its best efforts, Marvel Heroes’ attempt to hybridize a formula established in previous beat-em-up RPGs with the likes of City of Heroes does not work. Gazillion’s attempt to bring together the best of both single and multiplayer gaming has produced a final product that is inferior to either. Hardcore and casual gamers alike will likely find their interest wanes in direct proportion to shelf life of their chosen character’s half dozen in-game one-liners. I get it, it’s clobberin’ time, again.