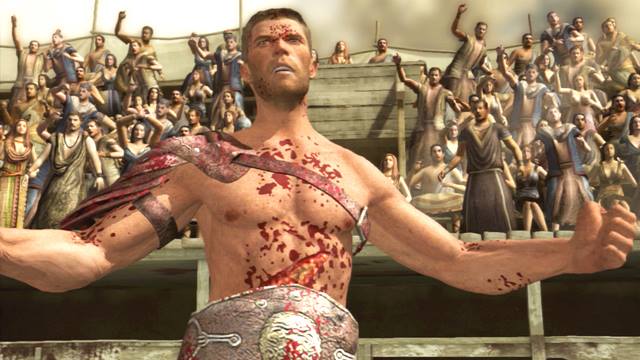 It is a truth universally known that a television or movie franchise of good fortune must be in want of an awful video game attempting to cash in on the gravy train. So when I found out about Spartacus Legends, I met the news with great reservation. I didn’t fear for yet another shitty free-to-play game, cranked out as a means of boosting DVD sales, but rather that Starz, Ubisoft, and Kung Fu Factory, would do to the late Andy Whitfield what Ford did to Steve McQueen back in 2005.

Despite promises from Starz that the game would be ready in time for Spartacus’ third and final season, Spartacus Legends met the summer on Xbox Live and PSN with minimal fanfare from either the parent company or the gaming press at large.

Thoughts weighed heavy upon troubled mind as I prepared to set aside the rose scented words of critic, and embrace the mantle of lanista. Free-to-play games have seen Jupiter put cock to unwilling ass many times in recent years. And though Spartacus Legends is untested as new steel, freshly cooled from smith’s embrace, it does but stand tall among other games which part coin from hand through trickery and deceit. Let us then turn thought to noble purpose and show all of Rome what glory awaits those who would seek glory on the sands of the arena.

Okay, I really wanted to write the whole review as if I was in an episode of Spartacus, but that’s just not going to work. Let’s go back to normal English since I already mentioned Jupiter’s cock. 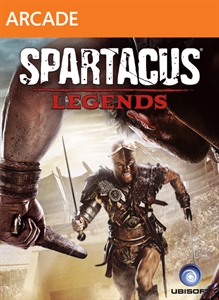 Despite being a free-to-play game, Spartacus Legends offers a passable, if somewhat repetitive, single player experience. As lanista, the player must recruit, train, and equip a stable of gladiators. Winning fights earns fame/experience points and silver, thus unlocking better equipment and more impressive venues within Capua’s walls. Defeating an opponent in a “primus” battle earns the former laurels in addition to gold, the game’s premium currency, and combat perks.

Normally two-tiered game economies skew toward extensive grinding such that would-be players will cough up real world money if only for the sake of convenience. Spartacus Legends doesn’t have that problem. This fact alone should probably be enough to get people to try the game.

For want of a particularly thorough tutorial, wherein we see a Spartacus who stands as memorial to Andy Whitfield rather than shallow attempt to cash in on a man’s legacy, I spent my first twenty matches fighting in the outskirts of Capua. There I learned the combos and parries of sword and shield, double sword, and double dagger fighting. The combat engine is far from Injustice or Mortal Kombat, but a few degrees better than abject button mashing. The sounds effects and occasional lapses into slow motions echo what any fan of the series would expect from Spartacus’ highly stylized combat. The only recurring drawback is the dozen cat calls and exhortations that come from an in-game lanista. These get very old, very fast.

The fight mechanics are also clever enough to allow for some significant nuance as a player progresses through the single player campaign. There are a total of nine combat styles in the game, each with their own strengths and weaknesses. I learned this the hard way when I sent my finest double knife gladiator into a mystery battle in the pits, a high-risk/high-reward combat venue. Not only did my foe have a combat rating that doubled my gladiator’s, but he wielded a two handed hammer. The fight did not end well for Achilleus.

Which brings me to my next point about the game: perma-death. The nature of free-to-play gaming is that it wants a player to be constantly winning so that they never want to quit. Spartacus Legends is quite content to humble upstart gladiators, all to the sounds of the crowd chanting for their death. Knowing that each fight could be a gladiator’s last instantly increases the stakes for the player. Thus the temptation to play as a berserker is tempered by the knowledge that these men, and their unique skills, could be lost forever. Had the gods not blessed me with the patience of a saint, I would have easily seen controller smashed upon wall for my inability to see gladiators to honoured victory.

Oh look I lapsed back into Spartacus speak. What fun.

The most disappointing part of the game is the fact that nobody seems to be playing it. At any point a player can enter one of their gladiators into a multiplayer combat queue. Doing so offers almost double the rewards in terms of fame and coin compared to playing solo. Pair this with the fact that the lethality of a match can be controlled through the choice of venue and players should have every reason to go online with their warriors. Yet nobody seems to be doing it. The three multiplayer battles that I’ve had, wherein my record stands at 1 win and 2 losses, came after waiting in a combat queue for at least fifteen minutes. So either all the PvP is happening in Capua’s coliseum, a place I dare not tread with my measly warriors, or nobody is playing the game. That said, the single player is challenging enough to keep a player interested while they hone men into gods – for about five hours or so.

In the end, Spartacus Legends is probably one of the few free-to-play games that can rightly call itself a game, rather than a limitless engine for profit. The combat is equal parts satisfying in victory and utterly frustrating in defeat. There are some rough edges in terms of the voice acting and the fact that combat ratings never quite seem to give a clear indication of how well a foe can fight. Would that more people were playing PvP matches I think the game could really shine. The one thing that it does share with most free-to-play games is no obvious endgame. Once all the primus battles and legend matches are complete, what is a lanista to do with their gladiators? Without additional content or a more robust player base this game is going to go stale very quickly. Still, Spartacus Legends is remarkable if only for showing that developers and publishers can produce free-to-play games that aren’t just skinner boxes. Would that all free-to-plays offered the teeth of Spartacus Legends they may not be held in such contempt by serious gamers.