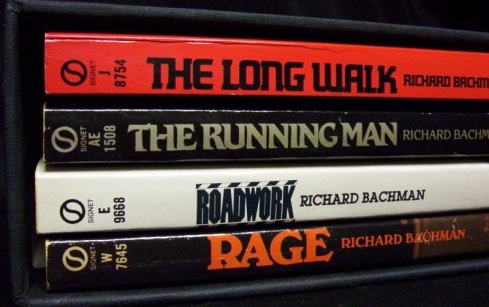 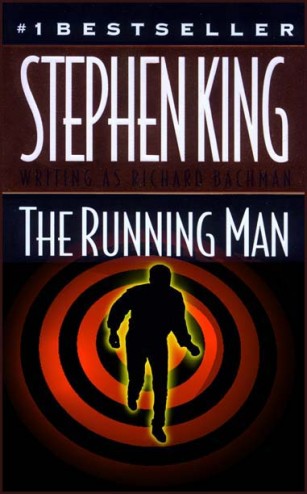 To date, I have watched every painful episode of Under the Dome. Who knew the “bottle episode” could be stretched out into an entire series? Furthermore, I have no idea how this series has managed to sell a great many people on the idea that maudlin human drama is a suitable substitute for meaningful conflict. I mean, did anybody actually think that the bomb was going to so much as scrape a single knee in Chester’s Mill?

In lieu of flogging the already dead “adapting this series was a mistake” horse, I’m going to offer a better idea. Next summer the powers that be should adapt The Running Man into a 13 episode summer mini-series.

Despite what the movie of the same name might lead a person to believe, The Running Man is probably Stephen King’s most prescient novel. Almost every part of the original manuscript would resonate with a modern audience. Even a semi-skilled screenwriter and showrunner could adapt TRM into an Emmy worthy project.

King’s dystopian vision of America hinges upon a divide between rich and poor so pronounced that the two socio-economic groups have their own currency. To have even a few New Dollars in the slums of America is to leverage a significant amount of material wealth. In the wake of Detroit filing for bankruptcy protection, I think reality has paved the way for the story’s conceptual framework

Then there’s Ben Richards, the eponymous running man. Richards has the perfect story for television. He’s a family man living in the slums of Co-Op City. After knocking up and marrying his teenage girlfriend, Richards drops out of school to began working in a factory. Despite quick wits a quicker temper leads to a fist fight with his boss. The black mark disqualifies Richards from all but the most menial and dangerous labour. So when Ben’s daughter gets sick and his wife takes to prostitution to afford a doctor, Richards goes to “The Network” to submit himself for consideration in “The Games.”

The sadistic game shows are much more than just cheap entertainment for the masses. They’re also a means of social control. Oh, by the way, it’s at this point that Suzanne Collins can doff her hat to King. Despite Richards’ bad attitude and lack of education, he proves to be something of a radical sprit – the kind of person who might, one day, make trouble for the established order. This fact qualifies him for prime time’s hottest game show, The Running Man.

The premise of the game itself is a potential gold mine for a producer apt to find cities whose cups runneth over with tax credits. Branded a fugitive, Richards must survive in America for 30 days. The novel sees Richards running across the Eastern seaboard. Why not take some creative liberties and have Richards run to Atlanta for some sweet Georgia tax credits?

Of course the fun doesn’t stop there. The Running Man is the embodiment of social media gone wrong. Remember when in the aftermath of the Boston Marathon bombing the whole city got locked down and everybody became a social media vigilante? Recall how innocent people had their name and reputation smeared when twits on twitter circulated misinformation, and the legitimate media legitimized the nonsense? All of that mob mentality in a non-real space is a part of The Running Man’s experience. In the novel, a confirmed Ben Richards sighting earned spectators 100 New Dollars. A tip leading to Richards’ capture or death was worth 1000 New Dollars. Imagine how much smart phone product placement could be naturally worked into this series without breaking the story. Update TRM’s audience interaction so that a still picture of Richards is worth X, but a youtube clip is worth Y and it easily interfaces with modern technology. What’s more, the commentary on digital culture practically writes itself.

But where’s the conflict? What is there to carry the story from week to week? First and foremost there is Richards’ survival. For playing The Running Man, Richards earns 100 New Dollars every hour he eludes the Network’s Hunters. If he runs for the whole month, he earns a pardon and one billion New Dollars. A few callbacks to a tricking wife and sick kid should be enough to keep hope at the core of this story, at least out of the gate. But there’s another rule to the game. For every law enforcement officer a Runner kills, he earns 100 New Dollars. While Richards is far from possessing a murderer’s personality, thus keeping him accessible to the audience, he does make a few necessary kills along the way. Insert inner turmoil and “ends versus means” rationalizations. Also, Richards’ cop kills morphs the spectacle of a game show into an outlet for future America’s collective anger.

This outrage, in addition to the fact that the Network’s audience is brain addled by a near-Orwellian ubiquity of television, brings us to the final layer of The Running Man’s story. Every corporate entity in the novel is born out of a liberal mind’s worst Reaganomic nightmares. Think OCP from Robocop, only worse. Richard’s flight from the law reveals a world on the verge of environmental collapse at the hands of the established order. The best/worst part therein is that the problems, mostly pollution related, could be fixed at any time. Instead, the corporations choose to ignore long-term issues in lieu of maximizing short-term profits. Meanwhile, the people on the wrong side of the economic tracks are too poor to do anything but survive from day to day. Those with the money and means to affect change spend their lives watching TV and getting stoned out of their respective trees. But a Runner, possibly the best Runner ever, is positioned to make a change with the world watching his every move.

But Adam, there’s no room in this would-be series for an obligatory strong female character.

Fine. Ben Richards is now Betty Richards. And with the stroke of a pen The Running Man is the most progressive show on television. Betty Richards, unwilling to watch her husband sell himself to buy antibiotics for their kid, goes down to the Network and becomes a contestant on The Running Man. I can already see Dan Killian, the African American president of the Network in the novel, tenting his fingers at the thought of bringing in a female Runner for sweeps week. Did I say an Emmy for TRM? I meant Peabody.

Despite the giant steaming dump Arine’s movie took on The Running Man’s name, the 80’s schlock came nowhere near the novel’s core ideas. Over the last few decades, these themes have only grown more apt to work within the existing technological and ideological framework of our world. Six seasons of Mantracker should be more than enough proof to show that a “reality” series about people being hunted makes good television. Now all we need is a production company that is willing mobilize the inherent fiction of reality TV into telling a scripted story.