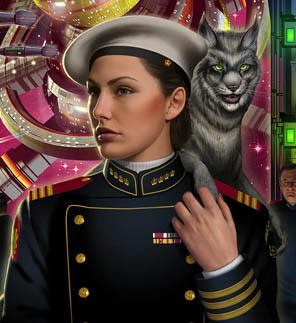 Featuring the voices of Adam Shaftoe and K.W. Ramsey

It took a couple weeks of planning and schedule jockeying, but K.W. Ramsey and I were finally able to sit down to record an extended length podcast on military science fiction.

What could be finer than two white guys talking about the quintessential post-colonial white guy sub-genre? Am I right?

Seriously though, we begin the discussion by drawing upon Damien Walter’s Guardian piece on overly simplistic military science fiction. From there we jump back and forth between military SF on film and in literature. As with most ninety minute discussions, nothing gets resolved, but I think we come up with a few decent ideas on how military SF can evolve to reflect a slightly less antiquated world view.

Make sure to check out Mr. Ramsey’s blog at The Left Hand of Dorkness and follow him on twitter @kwramsey

Topics under discussion include,

– The ideology of the Federation and Starfleet’s role therein; also that time David Nickle trolled us on facebook about Cumberbatch’s character in STiD

– John Scalzi as the wild card of military SF – also included there is the story of the first time I met Scalzi and went from zero to fanboy in eight seconds.

– Mr. Ramsey’s very compelling theory on why I think Ender’s Game is a crap novel

– Class and education as factors in crafting protagonists in military SF