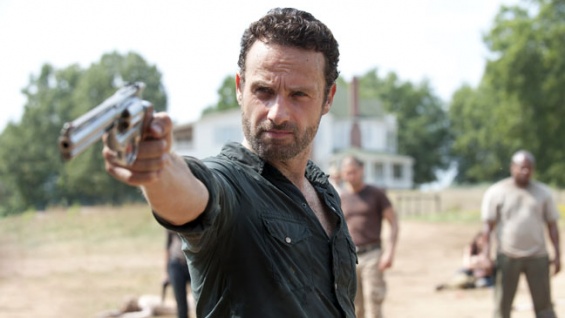 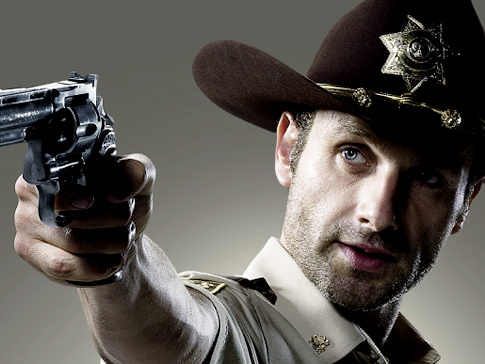 Since Adam is down with a headache, he’s given me the reins to The Page of Reviews and been kind enough to let me promote my Aurora-nominated short story “Delta Pi”.

And by mentioning it, I’ve promoted it enough.

On to other things. Namely: why it’s so hard to find good horror on TV these days. Under the Dome has a shot, but so far it’s giving me more of a science fiction vibe. I’m intrigued by the concept (having not read the book) and appreciate that it juggled about a dozen major speaking roles, but don’t find myself emotionally engaged.

There’s only a few genres that seek to evoke emotion as their modi operandi—horror, comedy and romance/erotica. And horror is unique in trying to provoke a negative emotion. But trying to evoke an emotion means understanding and exploiting a cultural zeitgeist.

Once upon a time, we were horrified by the slaughter or corruption of the innocent by monsters. And by “we” I mean the upper class who had the means to afford books and the education to read them. But literacy spread and those just scraping by were not so easily shocked since what the upper class considered horrific was everyday life for most people. Especially as the horrors of wars during the late 19th and early 20th century spread through newspapers, radio, and finally television.

During this time, Lovecraft changed the game by giving us monsters of abstraction. Maybe we could deal with the monstrosity of Cthulu’s octopus head, but not our inability to comprehend the alien geometry of R’lyeh. R’lyeh told us that the human mind is not all-powerful and some things will remain unknowable. In an age of rapid scientific discovery, this ran counter to the prevailing mood.

But into the late 20th century we have come to accept that few of us will truly understand advanced concepts like string theory, the Higgs boson, or heat death of the universe. But since they don’t touch on our everyday life, there’s no harm in not being able to explain a world of 26 dimensions.

So what is left to horrify us? How about changes to our everyday life.

Imagine this: I hold a baseball out at arm’s length and let it go. Rather than falling, it remains stationary in mid-air. In the movies, you’d react with curiosity or maybe surprised laughter. In reality, you would be horrified. Why? Because we have certain assumptions about the world, like gravity.

This is where true horror comes into the equation. As a society, we have become immune to many things and few things horrify us. We have to look to the extremes—think Hostel—to be horrified. Or, we could look to the perversion of what we take for granted.

Which is what I wanted to invoke in “Delta Pi”. (You caught me, I’m back to it, but will move on soon.) I wanted to write a horror story that challenged a basic assumption we have about the world. As someone who did very well in math class, I tried to imagine what would happen if Pi changed. In finding that I could not, I knew I had a horror story that could get under your skin my challenging a fundamental assumption.

Owing to Lovecraft’s use of bizarre math, I gave the story Lovecraftian overtones (but without the language): the true nature of the universe is more complex than we can imagine. But I also gave the story a main character you could identify with. In the end, it plays on one of the most horrific of themes: Be careful what you wish for, you might get it.

But there’s still another threshold of horror.

I’m reading slush for the upcoming anthology Fearful Symmetries, edited by Ellen Datlow. In reading, I’ve run across many interpretations of what writers feel horror is. The stories that have really grabbed me are the ones that hint at more going on underneath the main story. A sense of disquiet and dread. I don’t want to go into specifics since we are still deciding what stories to accept, but in generalities one story that grabbed me was of a man who may or may not be a killer. He spends a lot of time in his workshop, but what he is working on is never revealed. That unknown—which I assume is intentional—is chilling. Or a man, who realizes his life’s work will ultimately ruin other people, either decides to fight against the forces that have made him or he kills himself… and we don’t know which.

So, one could say the lack of certainty—something we all feel in our busy lives—is a key ingredient in modern horror.

That’s why Stephen King is the “master of horror”. You could argue others have better monsters or bloodier scenes, but what makes King a master is his characterization. When a character we care about is disappointed, disfigured or killed, we feel it. In other words, their everyday world, which we can identify with since it is so like ours, is turned upside down, which is horrifying.

Which brings us (finally) to The Walking Dead.

As someone at the World Horror Convention in New Orleans said, “I watched it until it became 9-0-2-1-oh, zombies!” Character conflict in any drama is essential, but can become familiar. Mad Men, The Wire and Breaking Bad all do it with heartbreaking effect, but they are not horror.

What made Season One so effective was the resistance of characters in accepting their new world. Since we were following Rick, who slept through the zombie uprising, his transformation was our transformation.

But in Season Two, Rick had adjusted, so we the viewer have adjusted. So the show had to up its game by focusing on character conflict. The trouble is all the characters had become hard in reaction to the world they live in. Only Carol remained emotionally vulnerable, but after Sofia’s death she became hard as well. Now hard-boiled characters can be intriguing, but what makes Batman, Boba Fett, Sarah Connor, and The Man With No Name so intriguing is they have the dispassionate strength needed to survive in an unforgiving world. When everyone is bad-ass, we have no one to emotionally identify with. This is a world without morals and therefore can’t be horrified. (Now, what makes Daryl the fan favourite is not that he’d bad ass; it’s that he’s someone who finally found his moral centre, just like Sawyer on Lost.)

Which is why, finally, I stopped watching The Walking Dead. Rick’s confrontation with the Governor was not good versus evil, but really it was two forms of rationalism. We’re supposed to side with Rick because the Governor is crah-ray-zee, but I think both men have a claim on a reasonable reaction to an unreasonable world. Which is not horror. By taking us too far away from our everyday world, it is impossible to identify with the characters. One could argue The Walking Dead is still a thriller, which is true, but it’s not horror.

I hope if you go and read “Delta Pi”, you’ll find it has that horrifying effect.