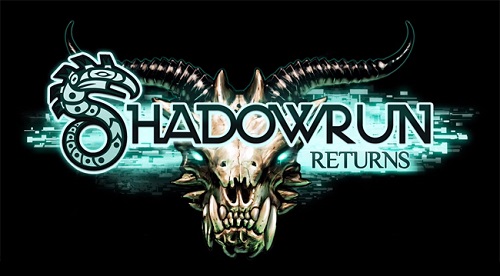 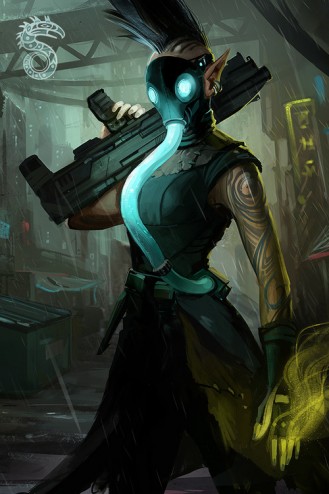 1993’s Shadowrun SNES game was my first exposure to the urban fantasy sub-genre. Though I don’t think I first played said game until the early 2000s, I found the concept of magic and science existing side-by-side in a Blade Runner-esque world to be interesting. Not so enrapturing that I ever made an effort to play the pen and paper RPG, mind you. Still, when I discovered Shadowrun Returns I was happy to part coin from hand for a chance to revisit the Sixth World.

The first mistake I made in approaching Shadowrun Returns was assuming that I was buying a game. It’s more accurate to describe Shadowrun Returns as a semi-open source game engine featuring a ten hour prefab campaign.

This engine, as seen through the Dead Man’s Switch campaign, does a good job in streamlining the dice rolling and micromanaging of a pen and paper RPG. Players manipulate their character’s stats through a skill tree that is somewhat reminiscent of the original Mass Effect. There’s room for exploration and experimentation within the system, but it’s intuitive enough that Shadowrun newbies, like yours truly, won’t have to fear for breaking their character when leveling up.

The combat, both in the slums of future Seattle and the digital realm of The Matrix – yeah I know, but Shadowrun predates the Wachowski’s movie, so leave it alone – offers an old-school turn based strategy system with some rudimentary cover mechanics. What it’s not, however, is Diablo. There is almost no looting to be found in the DMS campaign. Weapons, power-ups, and equipment must be purchased before taking a party out on a mission. Which brings us to Adam’s first rule of building a team of shadowrunners: always bring a healer.

I’m being serious. Bring a healer. Don’t come crying to me when some wiz street samurai makes sushi out of your decker and you’ve got nothing but bailing wire, good intentions, and a third rate discount medkit to hold him together. Bring a healer.

The lack of looting combined with a checkpoint based save system does present some level of difficulty not found in most contemporary games. Then again, it is perfectly accurate to the pen and paper RPGs I’ve played over the years. In the ten hours it took me to finish the Dead Man’s Switch I only ever had to repeat a sequence once, at the cost of about ten minutes of my time. Rumours of impossible difficulty and excessive punitive repetition within the DMS campaign are not to be believed.

Outside of battle, a basic point and click interface manages player movement and interactions. I will say this system proves a little too basic for my liking. That said, I don’t want to generalize the entire game engine based on the Dead Man’s Switch campaign. DMS struck me as a primer for the culture and extended mythos of the Shadowrun universe, not necessarily a stress test for the engine.

Even when the game play began to feel a bit routine, the quality of the story and the depth of the setting kept me coming back for more. Bearing that in mind, I can accept a certain amount of linear action and an abundance of “click me for conversation/stuff” icons.

I have also seen some attempts to add depth to Shadowrun Returns through my first venture into a user generated story. The first act of From the Shadows, Run, a campaign created by a Steam user named Ashram, features side quests and an actual feeling of meaningful choice in a player’s actions.

Ashram’s first act manages to be just as intriguing as the DMS story, due in no small part to his/her decision to release the campaign as a serial. The inevitable risk here is that we will end up with a mountain of great first acts that never get brought to their conclusions because the writers’ personal/professional lives get in the way of continuing their Shadowrun work. Still, it’s a risk I’ll take for the chance to regularly jump into somebody else’s story.

Perhaps that freedom to come and go as you please is at the cornerstone of the game’s broad storytelling/RPG appeal. For want of players and/or suitable venues, pen and paper RPGs were scarce in my youth – I’m of the vintage where parents thought D&D would lead to murder-suicides. As an adult, I don’t want for either; the new challenge is syncing schedules and finding a DM who doesn’t resent having to officiate rather than play. Shadowrun Returns solves that problem, albeit at the price of a wholly single player experience. I expect that adding a multiplayer component to the engine would be a priority for the developers now that the modding community is actively producing new content.

Ultimately, Shadowrun Returns gives gamers a taste of what they can expect from a pen and paper RPG gone digital. Then just as it is getting good, the game tells you to go forth and make your own fun. It’s risky gambit, but one that should pay off in the long term since the good people at Harebrained Schemes have gone out of their way to build comprehensive tools for a community apt to weave their own neo-noir cyberpunk fantasies.

On a personal note, I hope Shadowrun Returns encourages other RPG publishers to create game engines out of their properties. I will be a happy man on the day I can settle in for an afternoon of proper Battletech (Don’t talk to me about Mechwarrior Tactics Online) without having to put on pants or paint models.

Developed and Published by Harebrained Schemes