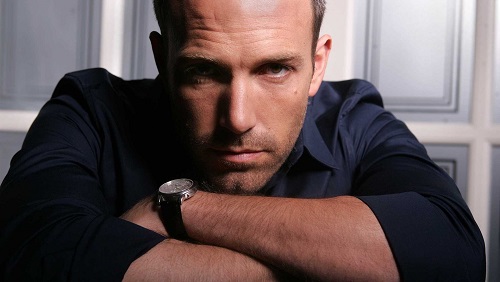 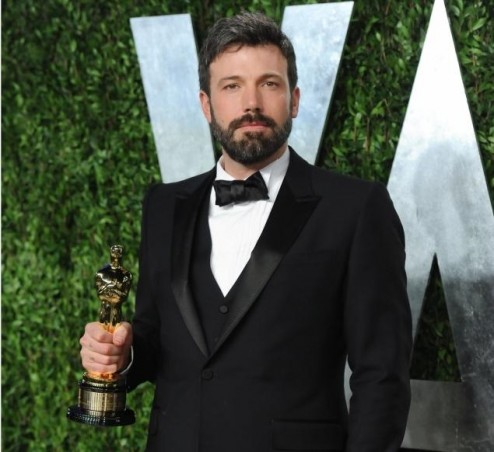 If my extended infosphere, as represented on facebook and twitter, is an accurate reflection of popular opinion, then there are a lot of people freaking out about the announcement of Ben Affleck as Batman. I daresay the news surprised me. For a moment, I honestly thought a few of my friends were trying to troll me. Now that multiple sources have verified the story, you’ll forgive me if I don’t jump aboard the anti-Affleck band wagon. I’ll even go so far as to say that I think Mr. Affleck might prove to be a good choice for the role.

Let’s deal with the obvious elephant in the room: Daredevil. If Daredevil is guilty of a single cardinal sin, it’s being a superhero movie predating Iron Man. And spare me any twenty-twenty hindsight, historical revision bullshit in pointing at X-Men as evidence that superhero movies were on the uptake in the early 2000s. Prior to Marvel: Phase One, comic book adaptations were high-risk investments that saw the studios playing it very conservative with plots that might be too sci-fi for the audience. Don’t believe me? Look at what Marvel did to Galactus in Rise of the Silver Surfer. They couldn’t make it a proper Marvel Cosmic story, so they brought in Doom to keep the conflict more accessible. Galactus’ actual downfall proved to be little more than handwaving that steered well clear of the Ultimate Nullifer and Uatu the Watcher.

Were Daredevil made today the project would likely be taken seriously enough to merit a writer/director with experience beyond Grumpy Old Men. Mark Steven Johnson was a sophomore director when he took on Daredevil. Johnson’s directorial debut was a religiously themed piece called Simon Birch; I didn’t see it, either. As a screenwriter, Johnson’s pre-Daredevil chops included Jack Frost, Big Bully, and both of the Grumpy Old Men movies. So the powers at Marvel tapped a “comedy” writer to work with one of their darkest heroes (perhaps rivaled only by The Punisher) while slapping a PG-13 restriction on the story. Are we really going to lay the blame for Daredevil’s shortcomings, which are almost exclusively narrative failings, on Ben Affleck’s acting abilities? Such a course of action seems a bit childish and overly reductive.

Next elephants in the room: Gigli and Jersey Girl. He did the former for the booty, QED. I can respect that. As for the latter, also booty. Booty and perhaps even a confidence in his long-term ability to keep earning Oscars when his girlfriend would be lucky to end up as a judge on a network TV talent show. Additionally, Kevin Smith wrote the damn thing, so criticism where criticism is due.

Those are Affleck’s stinkers; let’s look at the positives Affleck brings to the table. First and foremost, Oscar gold for writing Good Will Hunting at age 26. Before lobbing hate bombs at Affleck, ask yourself how many internationally recognized awards for writing you earned when you were that age. If the number is a non-negative, non-zero integer, feel free to leave a comment telling me to shut-up. There’s also a shared Screen Actors Guild award for his role in Shakespeare in Love. More recently, he earned a National Board of Review award for directing Gone Baby Gone. And, of course, Affleck likely needed to buy a new mantle for the boatload of awards he earned for Argo. Said awards included another Academy Award and two BAFTA’s, just for the record.

Even if we concede that Affleck may not be the world’s most gifted actor, he’s proven himself a more than capable story teller on multiple occasions. Isn’t that the sort of individual we want headlining a Zach Snyder “film”? Affleck has enough clout that he could easily insist upon rewrites that wouldn’t see Batman and Superman dudebroing it up in Gotham, were Mr. Snyder inclined to take the story in such an uncomfortable, but almost inevitable, direction. This may not manifest as a ringing endorsement for Affleck, but it’s at least reason to pause and reflect before writing him off. I doubt Henry Cavill, and his excessive professional tight wearing, is going to have the same kind of script doctoring pull that Affleck will bring to the table.

Let’s switch gears and discuss Batman, himself. How is Ben Affleck any worse than some of the other gentlemen who have taken on the role? Batman is supposed to be the world’s greatest detective, yet we saw him as the world’s greatest functional drunk in Batman and Robin. And Batman Forever was so campy that I’m surprised the “box” device didn’t show a vision of Val Kilmer playing topless beach volleyball when it probed Bruce Wayne’s mind. The worst case scenario here is that Ben Affleck ends up in the middle quintile of Batman actors.

People within my info-bubble are further doubting Affleck’s ability to convey the depth required for Bruce Wayne/Batman. Depth? What depth? I’m no actor but Batman seems pretty easy as a screen character. The dark knight is a chaotic good character with control/daddy issues. Have I missed anything?

In terms of physically inhabiting the role, most of Batman’s hard work can be covered by stuntmen. All the headliner needs to manage is a piercing stare and a decent Batman voice. If Michael Keaton was able to pull off the former, then I imagine Mr. Affleck can give it the old college try. As for the latter, Kevin Conroy is the only Batman voice that matters. Knowing that he will never reach this level of Batmanitude, all Affleck has to do is be better than the growling-shouting binary of Christian Bale.

What of Nolan’s legacy to the Batman franchise? How is Affleck, who isn’t really known for the same method acting insanity intensity that Christian Bale brought to the role, supposed to insert himself into existing expectations? Consider that the relative strength of the new trilogy isn’t tethered to Christian Bale or his work with the eponymous vigilante. Bale was an adequate, if emo, Bruce Wayne. As Batman, he lacked the finesse befitting the world’s greatest detective.

Nolan’s movies worked because of the strong writing reflected in the collective acting chops of the supporting ensemble. We may have gone to see the Dark Knight for Batman, but we re-watched it and bought DVDs for Heath Ledger’s Joker. Michael Caine, Morgan Freeman, Gary Oldman, Aaron Eckhart, Tom Hardy, Marion Cotillard, and others all underwrote the success of Nolan’s movies. In all honestly, I don’t think it would have mattered who played Batman. In fact, we can test that theory: can anybody tell me how Ben Affleck, as an actor replacing Christian Bale, could have broken Nolan’s Batman movies? Did Bale really bring anything unique to the role that isn’t ripe for parody?

At the end of the day, the person playing Batman isn’t nearly as important as the effective mobilization of supporting players within a story worthy of Batman’s attention. Batman, at least the harder edged Frank Miller/Batman TAS Batman the modern audience has come to demand from the character, is a one-trick pony if left to his own devices. Batman needs other meaningful characters in his life because they are the ones that feed his inner conflict. Batman’s humanity comes from Dick Grayson, Jason Todd, Tim Drake, Barbara Gordon, Terry McGinnis, Selina Kyle, and all the rest. Without those characters and the morality they infuse into Batman, he’d be predictable and boring; Batman would be a meme akin to What Would Jesus Do? Only instead of perpetually turning the other cheek, he would be exacting his non-equivocating vision of justice upon Gotham without exception. Selling the audience on a story whose main character is utterly depended upon supporting players is NEVER going to be about the actor playing Batman; it is about the writer(s).

So without knowing anything about the script, but knowing a thing or two about Batman, consider this my comprehensive answer to why people should back off Ben Affleck. If anything is going to break the delicate balance of a Batman-Superman movie, it won’t come down to something as simple as the acting.