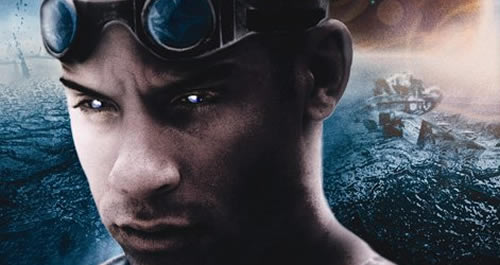 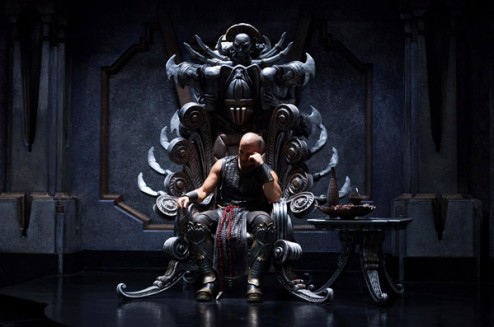 At the time of this post, the world is less than a week away from another Riddick movie. After the utter hot mess that was The Chronicles of Riddick, I don’t really know who, other than Vin Diesel, thought this next chapter was necessary. Nevertheless, the movie is coming, so I thought I’d write about it.

A little research on the series revealed that all of the feature length Riddick movies, including the upcoming Riddick, have been written and directed by the same man, David Twohy. This revelation proved something of a surprise. Given how much Pitch Black got things right in terms of storytelling, atmosphere, and camera work, I assumed a new director/writer combo fouled things up for The Chronicles of Riddick. Even the second movie’s title stank of a studio director coming in with visions of a six movie franchise. The raw hubris of self-identifying the sequel a “chronicle” is enough to merit the attention of a dead Greek poet.

Though accounting for the obvious incongruity between Pitch Black and The Chronicles of Riddick has become something of a spectator sport among fans of the series, I thought I would weigh-in with an idea that, if correct, might not spell disaster for the third movie. Pitch Black, despite being set on another planet and featuring aliens and a space ship, is a horror movie with science fiction elements. The Chronicles of Riddick is a “soft” science fiction movie that draws too heavily upon fantasy tropes. This distinction effectively spelled disaster for the second move before it even started.

If we consider Pitch Black an homage, in part, to Alien then it’s pretty easy to run down the check list of horror story qualifications. The conflict is essentially one of survival against a natural, though unfamiliar, force – in this case the native inhabitants of the planet that never sees darkness. Granted, there are moments where Pitch Black is seemingly content to startle the audience with snap cuts and loud noises. However, those overt attempts to scare are just a smoke screen for the movie’s darker intentions to subvert a truth most of us, through the comforting words of parents and loved ones, embraced at childhood: there are no monsters in the darkness. Pitch Black resonates because it taps into a collective fear, filling the night with all of the things that made us hide under the blankets as children.

It further subverts expectations of normality in that the two authority figures among the survivors are both quickly established as amoral agents. Johns is a dope shooting mercenary who only cares for his payday. Fry put her own survival before the passengers when she attempted to purge their section of the starship during the crash. It’s the convicted felon, the man who admits to being ruled by the animal part of the human psyche, who in turn becomes the hero of the story. The take away message of Pitch Black then becomes one of trusting the monster you can see as opposed to those lurking in the darkness.

Arguably the biggest problem with Chronicles, and why I suggest it borrows too much from fantasy, is an apparent Human diaspora never once mentioned in Pitch Black. In addition to the garden variety humans of Helion Prime, and those seen in the previous movie, there are now Furyans, Aereons (which said aloud sounds like Aryans – bad choice), and Necromongers. Were this Middle Earth, or any other fantasy successor state therein, they would be called Barbarians, Elves, and Orcs.

Chronicles of Riddick, which very much wants to be a dark space opera, pulls a bait and switch in terms of presenting a conflict which is dependent upon understanding a previously absent back story all the while appropriating a character introduced to the audience through a horror lens. If Riddick is now a Furyan, then the script can’t avoid explaining why Furyans are different from regular humans. More problematic is the fact that these changes lend themselves to exposition rather than action, yet another difference between fantasy and horror. Horror shows the audience why things are subversive; whereas fantasy, by virtue of dealing with deeper stories, has a tendency to tell the audience the things they need to know. Obviously film does not lend itself to extensive “telling” without getting overly talkie. Therefore, the answers to Chronicles of Riddick’s burning questions, which also serve to undermine Riddick’s agency as a self-proclaimed bad ass, present as somewhat simplistic gimmicks.

Meanwhile the standbys of “soft” science fiction replace the hard edge of reality seen in Pitch Black. Aliens are no big deal to the extent that they are used as guard dogs on Crematoria. Space ships have easy FTL and artificial gravity. Shivs and Molotov cocktails are traded in for pew-pew lasers. The social and technological familiarity of Pitch Black is sacrificed upon the altar of ostensibly deeper setting, and in doing so a horror character is dragged out of his genre. When we get right down to it, that’s why Chronicles of Riddick seems like such a poor entry compared to Pitch Black. Riddick isn’t and never will be Han Solo when he’s introduced to us as someone akin to Pinhead.

All we can do now is hope that the suspicious absence of any “Chronicles of” in the new movie’s title can be read as a signal that the story is returning to its horror roots. Perhaps Mr. Twohy has recognized that Riddick isn’t meant for a science fiction world. If that’s the case, then there may be hope for Riddick as a decent successor to Pitch Black. Otherwise, it’s just going to be more of the same Chronicles of Riddick drek.