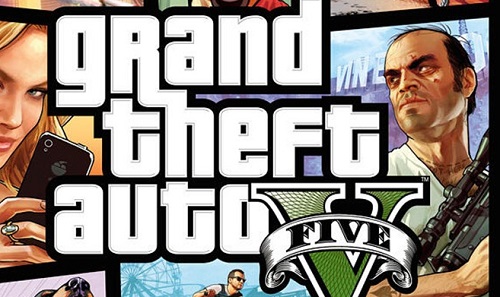 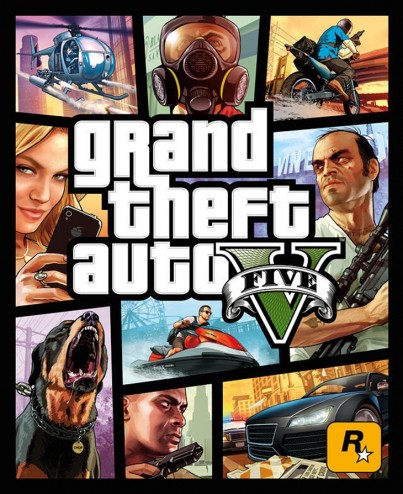 I have it on good authority that not enough people are writing about Rockstar North’s Grand Theft Auto V. As a game critic and internet yeoman, I feel it my duty to contribute something to the paper thin discussion of a game series that has, by and large, become a modern pop culture fixture.

Let’s begin with the obvious and then move on to something more interesting. GTA V, like its predecessors, has become an easy pile-on target for people who want to make themselves or their opinions look good.

Though I suppose the timing of its release is slightly less than auspicious and part of the problem therein. September 16th: a lunatic gunman murders a clutch of innocents going about their business in Washington DC. September 17th, Grand Theft Auto V, a game that enables players to embark upon all sorts of lurid and violent fantasies, does $800 million in day one sales. Later that same day, stock in Viagara tanks as every conservative journalist, blogger, and pop culture wag achieved simultaneous erections lasting more than four hours.

I spent a couple gift cards from relatives who know me well enough to know I like video games, but not well enough to know my tastes, on a copy GTA V. Since then I’ve invested about five hours on the game. Based upon this limited surface scratch, I’m content to say I like it what I’ve seen. Moreover, I don’t feel the least bit bad about liking it.

One of the on-going criticisms of the GTA series is that it’s nothing more than a juvenile male-power fantasy at the expense of women, blacks, and latinos. Fair point. But the degree to which the game is senselessly exploitative is in part weighted by the way a person plays the game.

If I was fifteen years old and unfamiliar with the advent of internet porn, I suppose I would be running straight away to one of Los Santos’ strip clubs for a topless dance. And if I was so inclined, I might drive to a seedy part of town as a prelude to going American Psycho on a hooker. But what’s the more interesting narrative in such a situation; the fact that the game creates the opportunity to explore these fantasies, or that as a player I’m choosing to deviate from the main story and engage with the environment in the most primitive way possible? To what extent does GTA manufacture deviance and to what extent is it a tounge in cheek mirror for what’s already there?

So far GTA V has let me inhabit two of its characters, Michael, a retired bank robber with anger issues, and Franklin, an inner city youth who is beginning to see crime as the only escape from a life of urban poverty. As Michael, I’ve played Tennis with my wife – who is cheating on me with the Tennis pro – done some day trading within the game’s stock market, dealt inappropriately with a middle-age crisis, customized a car, and looked at buying property. As Franklin, I’ve repossessed cars, filled in as a tow truck driver when my friend is too cracked out to go to work, and had another friend get me involved in a gang fight.

Hey, this sounds familiar. It sounds like The Sopranos, The Shield, NYPD Blue, The Godfather, The Wire, and any other number of crime stories from the last 30 years. And in reviewing all of those pop culture touchstones we could easily make a case for them being problematic male-power fantasies, despite the Emmy, Academy, Peabody, and SAG Awards they have won. Or we could look a little deeper at these attempts to craft a vision of the world, not as we would want it to be but as a dramatic exaggeration of what it was at the time of their making. The common purpose to those interpretations was to convey a specific narrative, sometimes going so far as to offer a social commentary.

In the case of GTA V, we should mark it as a sign of our times that the power fantasies in this game include buying property, generating wealth through investments, and automobile ownership – things that 50 years ago a person could do with only a high school education. Franklin, for example, doesn’t want to be a criminal; he doesn’t revel in murder and carnage. But he does want to escape from a cycle of poverty. Like many inner city youths his tools to make said transition are somewhat limited due to institutional failures. And unlike Michael, who always seems to have disposable income to buy stocks, Franklin is perpetually poor. To me, the take away message here is quite obvious. GTA V isn’t about making my balls feel bigger through knifing a hooker, it’s a Paul Verhoeven-style satire/social commentary. And if it is indeed a power fantasy, it is one for the young and poor who will probably not be able to buy a house until they are in their 40s.

Though if I’m going to take this stance, I suppose the spirit of fairness demands I ask if the average gamer is going to engage with the GTA V on the level that I have done here. Probably not. Nevertheless, knifing old ladies in a GTA game gets old very quickly. The substance has always been in the radio chatter, the conversations between characters, and the nuance of the world at hand. And so far, Los Santos seems like a pretty compelling allegory of contemporary North America, up to and including Michael’s son complaining that modern movies are nothing more than rom-coms, super hero movies, and remakes.

Nope, no meaningful commentary at all in this game.