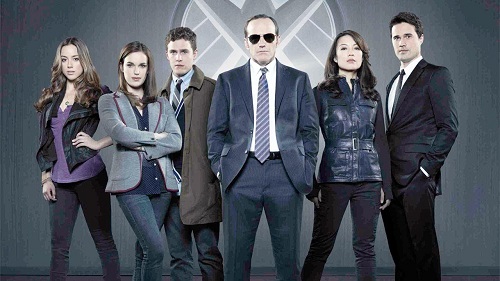 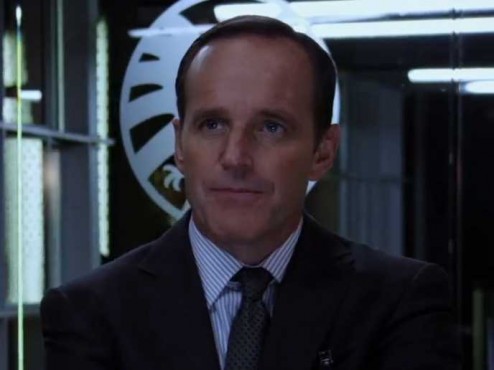 Since last week’s Agents of SHIELD premiere there’s been no shortage of buzz, gossip, and criticism in mainstream and social media. One issue therein that has been getting a bit of traction is the ostensibly dismissive tone the pilot episode took towards cosplayers. The offending snippet of dialogue was along the lines of “you’re worse than those sweaty cosplayers who surround Stark Tower.”

At first, I didn’t think much of this one-off bit of snark. Primarily because I’m not a cosplayer. I understand there’s a huge sense of empowerment that comes from pulling off an effective cosplay. And I appreciate the amount of time and effort that goes into constructing every last detail of a costume. Keeping that in mind, I think it’s fair to examine the offending comment as a potential dude-bro moment, inserted to make non-genre viewers feel more at home with the series.

I do, however, think the line is wholly appropriate given the context of the adapted Marvel Universe in which Agents of SHIELD it is set. The facts, as I see them, line up like so:

1 – AoS is set in a world where superheroes, supervillians, and aliens are de rigueur, and have been since before the Second World War.

2 – The Earth as presented in the Marvel universe is supposed to be a mirror image of our own, save for those things outlined in point 1.

3 – Superhero poseurs catalyzed the Marvel Civil War. I doubt the Civil War fits into Marvel: Phase 1, as written, but it is canon, and worth mentioning how fans in costumes indirectly led to the death of Captain America, a schism within the Fantastic Four, and Norman Osborne becoming one of the most powerful men on Earth.

4 – SHIELD agents, the day-to-day analysts, support personnel, and field agents, have little time for super heroes who operate above the law. A SHIELD agent puts the badge and the safety of the planet before individual actions; superheroes, by and large, do not.

When we start adding up these facts, it makes sense that a SHIELD agent would have little consideration for a cosplayer. If a person wants to feel empowered in the Marvel Universe, in turn defending the planet from Skurlls, Kree, and everything in between, they have the option to try and join SHIELD. They can put on the badge and stand with the team that does much of the heavy lifting but gets none of the glory, compared to the likes of the Avengers and their action figures.

The work-a-day SHIELD operative should quite rightly see a cosplayer as something that is unhealthy, obsessive, and childish within the context of the Marvel universe. Moreover, simply by showing up in public the cosplayer reminds the SHIELD agent of their limitations as a normal human. The cosplayer implicitly elevates the superhero above mortal men and women, and in turn makes an explicit statement that they would rather drool in admiration over exceptional individuals instead of taking personal ownership over the mundane, but necessary, duties of defending the Earth – a la Coulson – that comes with a SHIELD badge.

The dialogue was on point. It was not an attack on the fans or their hobbies.

That said, I think it is fair to say that the series is now on my radar for future violations wherein it is actively laughing at the audience.