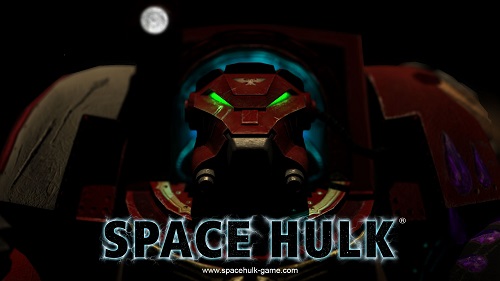 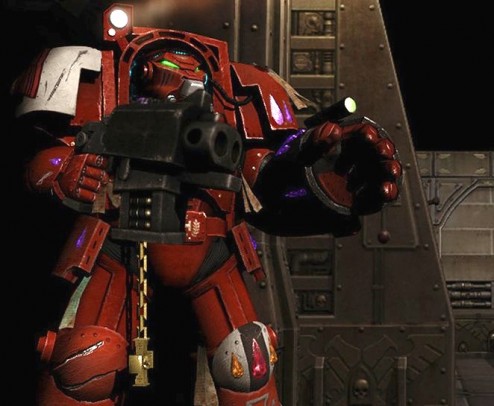 Confession: For years I have lusted after a copy of Games Workshop’s Space Hulk. Needless to say, I was extremely excited to find out about Full Control Studios’ PC adaptation of this now classic Warhammer 40K strategy game. Furthermore, I count it as a blessing from the immortal Emperor, himself, that Full Control was kind enough to send me a review copy of the game. Since Space Hulk unlocked on Steam, I have invested about twenty hours into it and attempted to write this review three times. The delay, however, is not because I think Space Hulk is a bad game. In fact, I think it deserves high marks for making an elegant, if complex, table top game a very intuitive experience. The reason I’ve sat on this review is because it necessitated some deep thoughts to adequately figure out what Space Hulk actually is. Allow me to explain.

In practice and execution, Space Hulk is a straight-up digital port of the board game of the same name. It reproduces the missions of the source material’s “Sin of Damnation” campaign right down to the name of each individual Space Marine. Behind the scenes dice rolling governs a straight forward combat system between Terminator squads and seemingly endless hordes of alien Genestealers. Missions unfold in cramped sections of a derelict starship, making initial placement of troops of the utmost importance when Space Marines are often stuck marching in single file with obstructed lines of sight. And much like its tabletop counterpart, Space Hulk captures a Chess-like, or perhaps Chess-light, quality. That is to say, Space Hulk is never about what you are going to do in a given turn; it’s about where you want to be three or four turns later.

Space Hulk also offers all of the finer brushstrokes that I would expect form a modern Warhammer 40k experience on the PC. The art of Space Hulk conveys the grimy future-gothic aesthetic of the universe in which it is set. Mission briefings evoke fond memories of the classic Deathwing PC game. Little things, like the intentional cacophonous echoing of a storm bolter fired down a narrow hallway, reflects that a lot of care have gone into producing this title.

Yet, I still had troubles putting together this review because something almost intangible has been lost in the translation from board game to computer game. After much hand wringing I think I can boil it down to a single question: is this a tabletop game on PC, or a PC game that employs tabletop mechanics? Therein, the problem is that it lands almost dead set in the middle.

Again, I don’t think this breaks the game or makes it a bad title in any sense of the word. Granted, there were some serious multiplayer bugs at launch, but Full Control has been very vigilant in addressing those issues and listening to the community when new bugs crop up. I know some of my contemporaries see that as too little too late, but I’m inclined to recognize the effort after the fact.

What’s missing from Space Hulk is a quantifiable aspect that drives home its nature as a tabletop game on PC. For example, dice rolling. Dice rolling is at the core of Space Hulk. There are moments in both the board and digital game when the dice seem guided by the hand of the Emperor himself as one rolls an increasingly improbable number of saving throws. Then there are the darker moments. These are the times when Brother Zael is positioned to roast a clutch of Genestealers with his sanctified flame thrower so long as the player can roll greater than a one on a 1D6. When the single mark on the die comes up, it is nothing short of an acid coated knife to the heart. Watching this essential dice rolling manifest in Space Hulk as a Baldur’s Gate or Neverwinter Nights style combat log is not as satisfying as seeing actual dice, or even a digital simulacra, fall on the table. This shortcoming is especially acute in multiplayer games where there are no cuts to the vanity cam and its gory death sequences.

A simple cosmetic change in resolving dice based combat would go a long way in pulling Space Hulk out of the immaterium between physical and digital game realms. As it stands, it would be easy for hardcore PC gamers to dismiss the game as insubstantial. Similarly, table top loyalists could view it as missing the je ne c’est qua of the original game. Such presumptions would be a mistake. Space Hulk the PC game is Space Hulk the board game. The former’s only systemic sins are in treating the source material like a fully fledged RPG system, rather than a board game.

The proffered game engine would be perfect for a complete WH40K combat system. Nobody is going to complain about front end logistics automated in the back when there are fifty units on the table. But Space Hulk isn’t an RPG. It’s a board game; the inherent fun of a board game is in the minutia. Back ending those aspects certainly makes this game more approachable, but it also deprives the players of just enough agency as to make the experience feel somewhat askance.

My greater fear is that the $29.99 USD price point paired with an average result in tabletop to digital translation is keeping people away from this good but not quite on-the-money game. In turn, this cripples Space Hulk’s multiplayer experience, which is really the heart of the game now that the more serious bugs have been patched. This is to say, nobody buys a board game to play by themselves; similarly nobody should be buying Space Hulk to roll against the AI. But when it can take as long as ten minutes to find a random opponent, I can understand why other critics are writing off the multiplayer as a waste of time.

As an alternate to spending $150 on an ebay copy of Space Hulk, Full Control Studios’ Space Hulk is a good, but not necessarily urgent, investment. The game gets the job done, but a few minor changes could have really set a benchmark for producing a tabletop experience on the PC.

– Procedurally generated maps for multiplayer would have been amazing. Failing that, there should be a way to make user generated maps. All one has to do with the board game is connect some hallways and the fun factor can go well beyond the campaign as written.

– Just like in XCOM Enemy Unknown, trust in over watch. I lost a multiplayer match in a single turn by forgetting to set it.

– Contrary to what some of my colleagues in game criticism will tell you, the game is only slow paced if you ignore the fact that you can move more than one terminator at a time.