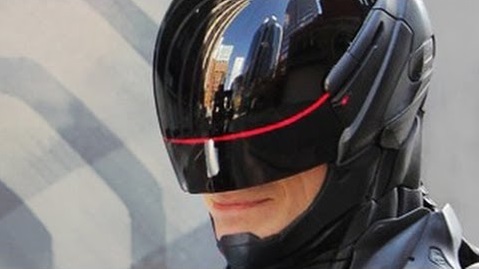 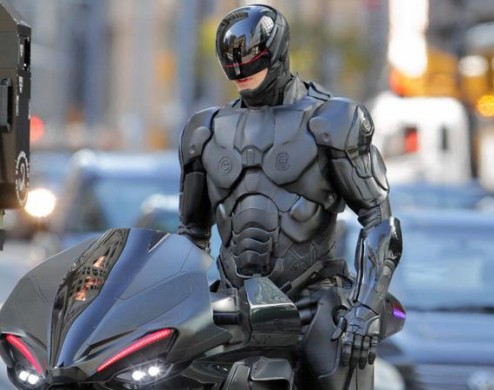 Setting aside an inevitable, and at this point self-evident, argument about a creative bankruptcy in Hollywood, let us pause and consider the trailer for José Padilha upcoming RoboCop remake.

Like most remakes, this is a movie that didn’t need to be made. And true to form therein, this movie will almost certainly prove itself far inferior to the original RoboCop. While historical trends in remake quality would probably be enough to let this point stand on its own merit, I would offer RoboCop 2014’s trailer as evidence of an obvious suck factor. Case in point the trailer seems to celebrate the ways this movie will be missing the charms that gave the original RoboCop its longevity. Spoiler alert: it’s not Paul Verhoeven’s prescience vis-à-vis Detroit’s economic meltdown.

Also, for the sake of brevity, I’m going to ignore all of the ancillary miscarriages against the original movie that this trailer showcases.

I’m not going to touch the fact that this movie looks more like Battle of the Discount Cylons than it does anything worthy of being called RoboCop.

And much as I might want to rant about Lewis getting turned into a dude, actually, no, that one doesn’t get to slide. Hey, six assholes with “screenplay by” credits, what possible excuses can you offer for turning Anne Lewis into Jack Lewis? Did you guys not watch Battlestar Galactica? Are you unfamiliar with how this works? A female character in a traditionally or historically male role subverts conceptions of power among the audience and further normalizes gender equity in popular culture. Where did they find you lot? The 80s? Oh wait, that’s not possible because in the 80s Paul Verhoeven cast a woman as Murphy’s partner.

Returning to the issue at hand, RoboCop used a deceptively simple question to add an emotional element to the movie’s ongoing criticism of Reaganomics: what happens when a corporation can own a person? As a patrol cop, Alex Murphy fought the good fight on behalf of the city of Detroit. His death in the line of duty should have been the end of his story. Instead, OCP desecrated his lifeless body. They stripped him of both humanity and personal agency. Murphy’s memories and personality were suppressed, and “Prime Directives” installed in their place. By the end of act one all that remained of Alex Murphy was some grey matter and a face.

“Legally he is dead. We can do whatever we want.”

That one line is both the catalyst for RoboCop’s story and the object of his quest.

When the Chairman of OCP asks RoboCop for his name in the movie’s final scene, he doesn’t answer “Crime Protection Unit 001” he says, “Murphy.” And in that instant, Alex, despite being bought and paid for by OCP, reclaims just enough of his himself to endure his nightmarish afterlife.

Of course the high irony in all of this, an element missed in the Sam Jackson portion of the trailer, is that OCP didn’t build RoboCop to be the future of law enforcement. Alex was denied the peace of death because a prototype ED-209 enforcement droid killed a member of OCP’s board during a test run. The RoboCop project is nothing more than an attempt to mitigate red ink spilled on a ledger through the incompetence of American engineering.

Padiha’s movie has us witnessing Alex Murphy transformed into a cyborg in lieu of being scarred and crippled. Well who wouldn’t choose becoming RoboCop over Darkman? The essential flaw in this change is that RoboCop looses his essential pathos if he’s an agent of his own fate. Thus too does the conflict shift from an existential examination of self to maudlin family drama. I mean seriously, “Alex, you have to speak to your son.”

I will not buy that for a dollar, thank you very much.

In what world is a Matrix-esque discussion on control and recycled dialogue from I, Robot more meaningful than Alex Murphy’s gradual reclamation of self ? And as if to remind the audience that new Alex Murphy is mostly human, and thus more of an active agent in his transformation, the trailer keeps the robo-visor in a mostly up position.

It’s one thing to see Peter Weller’s face for most of RoboCop’s third act. That choice acted as a physical manifestation of Murphy’s progress in his quest to reclaim his humanity. When looking at Kinnaman as RoboCop, all I see is actor vanity after the fashion of Andrew Garfield and Toby Maguire as Spider-Man.

In a mere two minutes José Padilha and his herd of writing monkeys proved they really don’t understand what made the original movie tick. I wish them the best of luck in getting anybody born before the end of the Cold War to see, let alone support this movie.