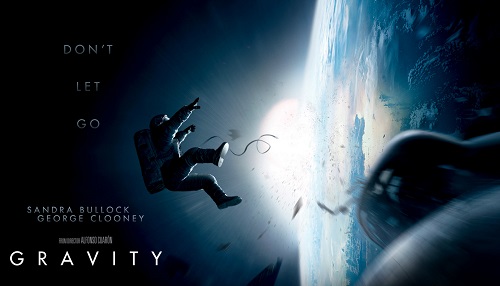 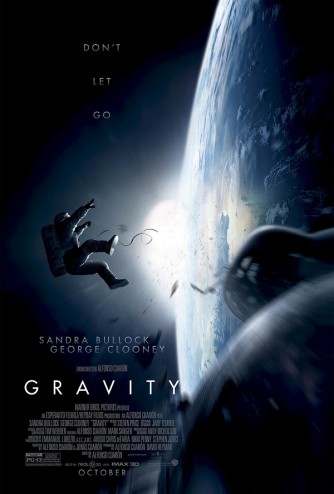 As I watched Alfonso Cuarón’s Gravity I recalled the words of science fiction writer and professional prognosticator Madeline Ashby, “Space is not the Oregon Trail.” When the metaphors of sea travel and trans-Atlantic colonial ventures are so easily and inappropriately  layered over space travel/exploration, it is easy to forget that outer space is probably the worst place you can imagine. Gravity is absolutely correct when its opening subtitle states, “life is impossible in space.” When Dante talked about hell as a burning cold void, he could have been talking about space. Space is awful. Were it not for the promise of other planets nobody would go to space.

Despite this truth known to the scientific community for fifty years, it is rare to find a popular move interested in conveying the realities of space; I suppose we can blame Star Trek and its handwavium of deflector shields, gravity fields, and energy-to-matter transmutation for that one. Rarer still is a popular film that wants to convey the hard science of space, with a few concessions to plot, while demonstrating a level of cinematic artistry often reserved for the art house. Gravity easily inhabits the visual territory of 2001, absent the acid trip third act, paired with the grand disaster of Apollo 13, sans nostalgia for by-gone-days of space exploration and requisite Americana therein.

This intensely artistic style rewards the viewer for paying attention to the finer details. Something as simple as a flickering the light in the distance, an easily missed event that could otherwise be dismissed as ephemera, adds a layer of non-verbal depth to the story. Yet Gravity could easily be consumed with all ease of a Roland Emmerich’s disaster porn. There’s no pretension to the film that implies the audience needs a Master’s of Fine Arts degree to “get” what the director is trying to do. Arguably Gravity’s best strength is that even the most casual movie watcher will quickly come to understand that they are engaging with something special.

For everything that Gravity does right in producing a beautiful piece of hard science fiction, I found myself questioning the way in which the film presents Sandra Bullock’s character, the stoic mission specialist Ryan Stone. Stone endures more catastrophic failures in Gravity’s ninety minutes than have occurred in the entire history of manned exploration. These failures leave Stone and mission commander Matt Kowalski (George Clooney) stranded in space. Consequently, Stone, a rookie astronaut, loses her shit. Lacking a feasible way of getting safely back to Earth, Stone resigns herself to death. Rather than waiting for an oribitng shrapnel cloud to take her out, Stone shuts off her oxygen supply and opts to gently suicide through hypoxia. Given her situation, this seems like a reasonable course of action. Were I in Stone’s position, I probably would have done the same thing. In fact, I dare anybody to tell me that Bullock’s performance is somehow lacking in empathy. The problem here is that the script doesn’t seem confident in said empathy.

It wasn’t enough that a situation beyond Stone’s control left her completely powerless. The script felt the need to turn her into both a grieving mommy and an astronaut stranded without so much as a suit jet to steady her spin. Pardon me for a moment while I fetch my space sickness bag.

As I understand it, suicidal people often feel helpless and utterly alone. What person is more alone and helpless than an astronaut cut off from mission control, drifting through space with a limited oxygen supply? In such a situation is it really necessary to further alienate the protagonist from humanity with memories of her dead child and a lingering depression? More importantly, if Clooney, not Bullock, was the film’s protagonist would the dead kid angle even be on the table? I think not.

I suspect that somewhere within Gravity’s very long, very painful development cycle, a studio executive argued that the audience would not be able to identify with a scientist that just so happens to be a non-sexualized female character. So they inserted the cock and bull caveat of Stone outliving her child as a nod to the lowest common denominator within the test audience. If I may invoke Grandpa Simpson, “For Shame!”

Shame on the studio executive who thought this genuflect to traditional female roles was necessary, and fie upon the audience that invites this pandering. The only time Gravity presumes upon my suspension of disbelief is in presenting a resurrected space shuttle program whose STS mission number is in the 160s. Notwithstanding Neil deGrasse Tyson’s scientific nitpicking, this otherwise uninteresting attempt to make an otherwise excellent character “more accessible” is Gravity’s only measurable shortcoming.

To say that Gravity is beautiful in both story and visualization is to tread into the realm of dangerous understatement. Sandra Bullock should now count herself among the elite cadre of performers capable of carrying a film largely on their own. Alfonso Cuarón should similarly take a bow for reminding Hollywood that mainstream “visual effects” films can be more than  just fluff and distractions. This is a movie to watch in theatres, in 3D, and with a quiet awe for the majestic splendor that is human homeworld.