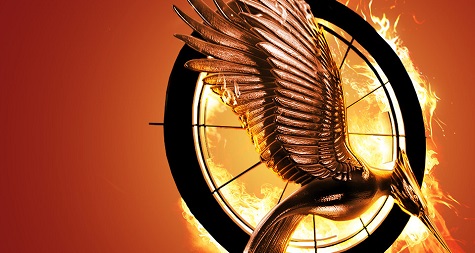 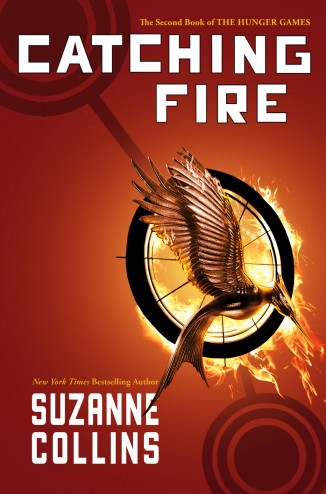 I like to think that my ability to suspend disbelief is healthy and robust. So long as a author/director/showrunner isn’t completely clumsy in their work, I’ll climb on board with almost anything. Only one thing taxes my ability to ignore fallacies and liberty taking: stupidity. The moment a story treads into the realm of stupidity, a word which I’m going to use as a catch-all embodying a lack of research, deus ex hand waving, and narrative dishonesty, I start mentally checking out. Which brings me to the subject of today’s rant, Suzanne Collins’ Catching Fire.

Even though I haven’t quite finished Catching Fire, I could make a pretty strong case against this novel. The pacing is terrible. The protagonist is as utterly unlikable. The plot and dominant themes are inferior to and derivative of Stephen King and Koshun Takami. Yet I could forgive all of those things on the grounds that Catching Fire and the entire Hunger Games trilogy are aimed at a teenage audience and I’m a miserable bastard of a 32 year old. Then I came upon a chapter where Peta, a character who might as well ride around on a white horse in a shiny suit of armour, walks into a force field and dies.

Huzzah, I thought to myself. Collins is finally doing something dangerous. She’s making like George Martin and capriciously killing off a main character. My joy was short lived when another gladiator began performing CPR upon Peta’s lifeless corpse. Thus is Peta brought back to life. Please to note that when Katniss checks Peta’s pulse, she finds him absent vital signs. He’s not a little dead. He’s not mostly dead. He’s functionally dead. He is t-minus five minutes from irreparable brain damage and t-minus ten minutes from full on brain death. There is only one thing, no matter in which post-Roman dystopia a story is set, that will resuscitate a person in Peta’s condition: an electrical charge.

CPR is a stall. It’s a thing that you do to a person to keep their brain oxygenated until such time as a defibrillator can shock the heart back to life. No defibrillator, no resuscitation, end of line.

But Adam, I once heard from my company’s designated first aid person that CPR could restart a person’s heart.

Let me stop you right there and refer you back to my previous statement, this time in bold and with swears. No defibrillator, no resuscitation, end of fucking line. Finnick had a better chance of restarting Peta’s heart by throwing him into the killer force field a second time.

Now at this point you might accuse me of being needlessly pedantic over a tiny and otherwise unimportant detail. Fine, maybe I am, except for two things.

Thing one – When Collins was writing Catching Fire all she had to do was Google “Can CPR restart a heart?” to learn that it can’t. Even if she embraces the Baywatch approach to treating cardiac arrest as de rigueur, it’s hard to believe that nobody on Scholastic’s editorial team caught the mistake. Stupidity. J’accuse.

Thing two – Collins and/or the editors did catch the mistake. Rather than fixing it she/they simply said, “fuck it, they’re kids, they don’t know any better.” and left the novel as is.

It’s been a while since I was a teenager, but back then I knew that Baywatch got CPR wrong – as did every other kid who took swimming lessons, as did all of the dozens of teenagers I trained to be lifeguards when I was in university. So fine, maybe I’m being fussy, but that doesn’t change the fact that the author/editor are either completely ignorant of basic physiology or intentionally sneering at their target demographics’ ability to pick up on fine details.

While I had my issues with The Hunger Games and Catching Fire, those criticisms never entered an area where I saw fundamental stupidity at work within the text. When Peta, against all reason and sense, didn’t stay dead, my suspension of disbelief toward Collins’ world took his place on the reaper’s list. If the author and/or her editors aren’t going to the effort of making sure the novel nails the details in a scene which otherwise alters the trajectory of the plot, why should I, as a reader, bother taking the novel seriously?