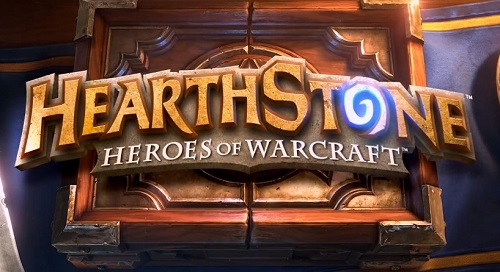 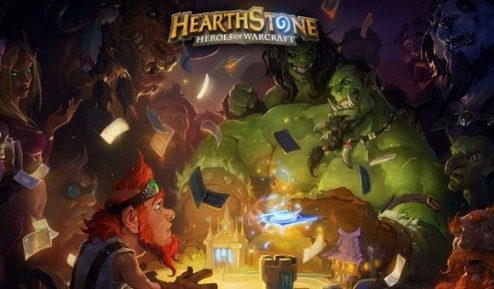 That’s right, ladies and gentlemen, my number finally came up in the great Hearthstone closed beta lottery. Of course, I get a winning ticket in the same month Blizzard is expected to move the game into open-beta. So really, I’m not sure if this counts as much of an entry into the VIP lounge of gaming. Nevertheless, I’ve spent the last few hours getting my hands dirty with Blizzard’s free-to-play card based duel game, and despite my well documented gamer rage against free-to-play games as perpetual profit machines, I like what I’ve seen.

Hearthstone ostensibly opens with the blandishments endemic of all free-to-play games: the scripted tutorial. It’s meant to teach the fundamentals of play. At the same time, these tutorials (in the loosest sense of the word) program rubes to salivate on command with “you’re always going to win” reward mechanics. Hearthstone, however, skips the second part. Over the course of six tutorial duels, the game acclimatizes newcomers to its straight-forward rules. Though you would have to go out of your way to lose one of the first five matches, the final AI bout presents an actual challenge. Truth be told, I failed at my first and second attempt to clear the final tutorial level. Behold, a free-to-play game that appeals to gamer vanity rather than cheap psychological hacks as a means of keeping the player engaged.

From there, Hearthstone offered me two options. I could play more practice matches against the AI, thus unlocking characters and building my decks, or I could throw down against a live player. I opted for the former. Two victories and one merciless spanking later, Hearthstone dared me, in the form of a quest, to play a match against a human opponent. Challenge accepted. Armed with some rudimentary strategies and a little luck, I emerged triumphant. The game showered me with new cards, additional quests, and a sense of real accomplishment.

Accomplishment? In a free-to-play game? Now there’s something new.

I should also mention that Hearthstone seems to eschew the other brain hack common to free-to-plays and cocaine dealers, alike: strategic denial to drive up demand. One of the things that keeps people coming back to Farmville and all its ill-begotten ass babies is a built-in limitation on playtime. Those games limit a player to x number of actions before enforcing a mandatory cool down period. Circumventing the down time requires participating in annoyance based marketing (i.e. please help me blah blah by sending me a gift of blah blah in Whore Island 2) or coughing up cold hard cash. Granted this is still a beta, but Hearthstone gives every indication of wanting me to binge play to my heart’s delight.

Even more novel is Hearthstone’s single tier of currency. Most other free-to-play’s have the common currency and the one that you need to get anything accomplished. The latter requires an investment of actual money. More interesting, Hearthstone isn’t utterly tight fisted with using its lone currency as a carrot to keep people playing. I’ll take it as given that Blizzard is banking on selling gold as a revenue stream, but they’re doing a good job of hiding the avarice.

I won’t devote too much time to reviewing the mechanics of Hearthstone’s combat, as this is still a beta release. So far, the match making and AI matches seem quite balanced. Unlike Magic: The Gathering, which in its online form is obvious competition for Hearthstone, there’s no need to balance action cards with a mana pool. A player’s mana pool, which dictates the cards a player can deploy, accumulates automatically for both competitors. This ensures equity in the use of cards while setting a pace for the match. So far, the system seems effective and balanced. However, if Magic: The Gathering taught me anything, it is that maintaining this balance is very precarious.

Point in fact, I quit playing Magic because I came across one too many “Bastard Decks.” Without violating the rules of the game, bastard decks were all but impossible to defeat without purchasing rare and powerful cards. That point, and that point alone, is what will either make or break Hearthstone. To what extent does pouring money into this game change the potential to win a match? Because frankly, my dear Blizzard, I will not spend a dollar on this game. But if the game remains balanced between spending and non-spending players, I might invest my time into it. And as a gamer in his 30s, my time is much more precious to me than a little bit of walking around money.

Bearing all this in mind, Hearthstone seems to be hitting all the right notes. The game’s intersection of fun and challenge is enough to keep me wanting more. Blizzard’s desire to make money seems secondary to providing a meaningful experience. Most importantly of all, Hearthstone’s customization options suggest that the game wants me to experiment, make mistakes, and ultimately play the game in my own way. Assuming the release build can keep doing all of these things, then Blizzard will probably have a winner – if not a free-to-play game change – on their hands.