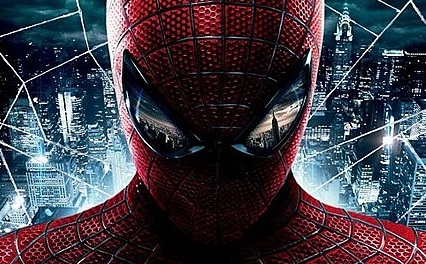 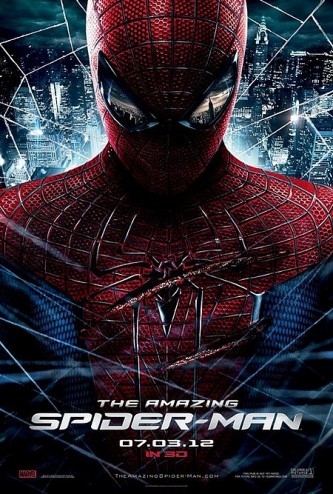 I drew a line in the sand when The Amazing Spiderman hit theaters in the summer of 2012. After the blithering hot mess that was Spider-Man 3, I could not fathom why the world needed another Spider-Man movie. Given that The Amazing Spider-Man targets a North American audience, I saw no point in retelling a modern myth that spans multiple generations. I objected to how my crush on Emma Stone felt creepy and wrong viewing her through the lens of a teenage Gwen Stacy. For those reasons, I decided to ignore this movie until such time as it turned up in the Movie Network’s free on-demand section. Now that I have seen this utterly unnecessary foray into superhero movies, I find myself somewhat conflicted.

If The Amazing Spider-Man existed in a universe where Sam Raimi never made his Spider-Man movies, I’d be inclined to call it a good screen portrayal of New York’s favourite web slinger. Like most inaugural entries into a super hero franchise, The Amazing Spider-Man suffers from an overly bloated and ponderous first act. The writing team of James Vanderbilt, Alvin Sargent, and Steve Kloves, attempt to mitigate this retelling of an already well known story through an injection of mystery surrounding Peter Parker’s parents. However the Parkers’ story, drawn from elements of 1960s canon and the Marvel Ultimate universe, proves to be little more than a long winded gimmick for bringing together Peter Parker and Dr. Kurt Connors.

Despite the above, and some slow pacing during the “oh my god I have super powers” phase, which wasn’t nearly as messy as watching Tobey Maguire strike a beefcake pose in front of a mirror, The Amazing Spider-Man does manage to hit the notes I would expect from a Spider-Man screen adaptation. It’s a story that uses super powers as an allegorical device for the social and biological changes that come with transitioning into adulthood. Were I thirteen again, I would look at this version of Spider-Man and see myself in the character. That identification with Peter Parker is a first principle from which the rest of the movie should, and does, flow.

The real question emerges when we stop to consider that The Amazing Spider-Man is Spider-Man’s fourth appearance on the big screen in a decade. At this point, the brain trust at Sony Pictures and Marvel Entertainment should be able to make a Spider-Man movie in their sleep. So is a good but not great movie really good enough when the powers behind the picture have a six-hour long road map to guide them?

Indeed, a great many things in this movie reflect a production that contented itself with being “good enough” rather than reaching for greatness. Certainly, Martin Sheen is a step up in terms of casting for Uncle Ben, but who is a safer person to play the role than Martin Sheen playing President Bartlett playing Uncle Ben? Similarly, Andrew Garfield is capable as both Peter Parker and his alter ego. Yet so much of Spider-Man’s charm comes from the writing that it’s easy to imagine anybody else standing in for Garfield – which isn’t too much of a stretch as I imagine most of Spider-Man’s mask-on scenes feature a stunt person and Garfield’s voice over. Regardless, there’s no denying his general effectiveness in the role, but if we attempt the impossible act of not comparing Marc Webb’s movie to Sam Raimi’s trilogy, then it becomes a lot easier to see Garfield as good but nothing special.

The remainder of the supporting cast, up to and including Emma Stone as Gwen Stacy, is a venerable who’s who of proven actors punching well below their weight class. I suspect Sally Field plays characters like Aunt May before taking a morning deuce. Denis Leary’s work on Rescue Me makes him completely over-qualified to play a mostly two-dimensional hard-ass police captain out to bust Spider-Man as a vigilante. Yet in doing so, his character pulls the movie’s story well in-line with the comic book; wherein J. Jonah. Jameson’s editorial slant turned Spidey into public enemy number one, despite the Fantastic Four being a much greater burden on infrastructure and city repairs. Thus do we witness one of those rare moments where my inner fanboy and critical scepticism are both equally appeased. Again, it’s not great, but it’s good enough.

In the end, The Amazing Spider-Man is probably little more than a competent movie. Yet it is easy for competence to seem like greatness amid the likes of Oblivion, Man of Steel, Elysium, and maybe even The Dark Knight Rises. And competent looks downright fantastic when it gets compared to the drek that is Sam Raimi’s Spider-Man rap sheet. Not being terrible, however, doesn’t change the fact that this is a reboot of an IP that didn’t need to be rebooted. As such, it’s just one more wang in Hollywood’s ongoing entropic circle jerk.