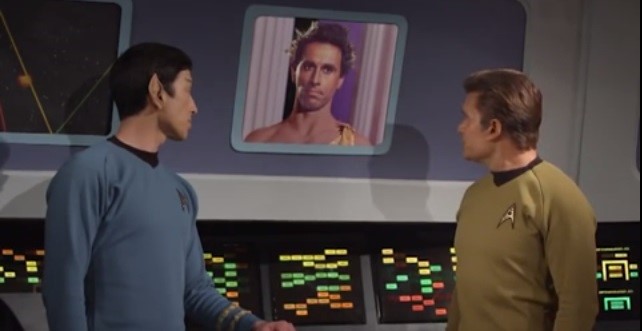 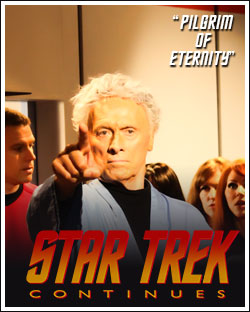 I fear for the potential hit my nerd credibility is going to take in admitting I only recently watched the first episode of Star Trek Continues. Of course, I knew the project was out there, peppering the internet with cast photos, sound bites, and vignette videos. I knew that Mythbusters’ Grant Imahara was on-deck to reprise George Takei’s role of Lt. Hikaru Sulu. Only when the second episode, Lolani, hit the internet over the weekend did I come to realize that this fan-made effort to pick up where Star Trek: TOS left off in 1969 is actually happening.

The first thing to catch my attention was the premiere episode’s runtime – 52 minutes. Most web series do 50 to 60 minutes as a season. This isn’t simply Star Trek reborn to suit the web, it’s Star Trek as it used to be. That means the STC crew are producing the equitant of a feature length film from a $100,000 Kickstarter and no shortage of sweat equity. Wow.

The bumper to the first episode, Pilgrim of Eternity, sees Captain Kirk, now played Vic Mignogna – who is also the series’ EP and director – staring down the barrel of a single action revolver as Scotty (Chris Doohan i.e.  James Doohan’s son) explains the ins and outs of his newly installed holo-suite. What is truly remarkable is Kirk’s exit into the Enterprise’s corridors. He emerges not into a vague rendering of what the Enterprise should look like, but into the Enterprise as it looked in the 1960s – or that one episode of Deep Space 9.

Everything about the sets, costumes, props, and special effects perfectly captures the aesthetic and tone of the original series. Even the lighting and camera angles seem ripped from Roddenberry’s playbook. I can’t begin to fathom how much effort went into creating a pitch-perfect recreation of Star Trek while layering in just enough of a modern post-production flourish as not to break retro-future charm.

My wonder only grew as the pre-credit bumper led to Apollo (still played by Michael Forest of Who Mourns for Adonais) materializing on the bridge of the Enterprise. Forest’s screen presence is utterly befitting the god of poetry and theatre. As it’s clear that some of the cast are attempting to negotiate the fine line between making the characters their own and paying respect to the actors who inhabited them previously, Forest is, to quote General Chang, “As constant as the northern star.”

The story, itself, is very genuine in its attempt to capture Star Trek’s ongoing nature as a morality play. Apollo, having been aged by an artificial realm meant to house the Olympians after humanity rejected them, is near death and wants nothing more than to live out his remaining days as a mortal among mortals. Kirk, however, is reticent to settle him for fear that life among humans will awaken his megalomania. Though the script is a little uneven in places, the episode is wholly charming as Apollo attempts to prove himself to the senior staff, particularly a mistrusting Scotty. There’s even a delightful moment when Apollo questions Kirk on the inherent moral cowardice of the Prime Directive.

I dare say it is in that moment Mignogna sells me on his portrayal of Kirk. Certainly he’s drawing some inspiration from Shatner – how could he not – but there’s a quiet subtlety in his Kirk. He seems more confident in his command, less brash, and more prone to thoughtfulness rather than sheer bravado. It makes sense considering the emotional and personal turmoil that Kirk endured during the first three years of the five year mission. Then again, I’ve only seen one episode, and I know the second features an Orion slave girl, so perhaps Kirk’s swagger might come out there.

Star Trek Continues gives every indication of being a worthy successor to the original series. It elegantly resurrects the USS Enterprise (No, bloody A, B,C, or D) with all the polish and detail of a network television production. There’s a genuine sense of idealism in the narrative, a trope that has long sense fallen out of vogue within post 9/11 science fiction. The cast’s conviction in selling this tone brings the entire experience together. Kudos to cast and crew.

Check it out here or head over to the Star Trek Continues webpage.