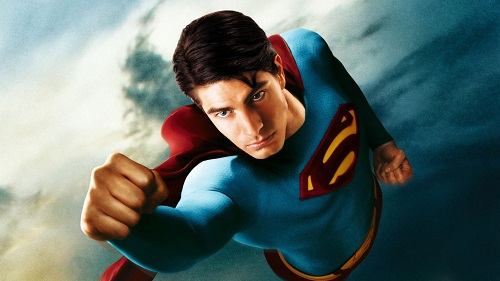 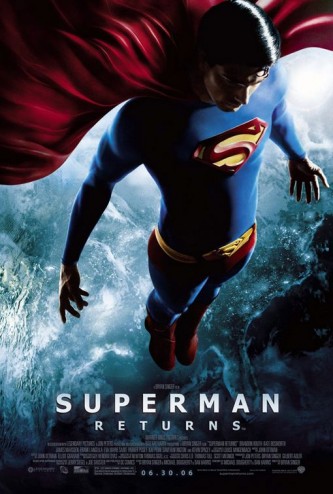 In recent interviews, Bryan Singer, the once and former X-Men director who left the franchise to direct Superman Returns, reiterated a position he established in 2011; wherein Singer attributed Superman Returns’ box office “failings” to a lukewarm turnout from the female demographic. Continuing this odd refrain has garnered Singer no shortage of personal criticism. However, many of these detractions are couched in the notion that Superman Returns is a poor movie. Consider the words of the above linked article from The Mary Sue: “to focus on that [Singer leaving the X-Men franchise to Brent Ratner] as a reason to hate Superman Returns partially excludes the fact that it was simply a bad movie.”

These words join a chorus, both new and old, that offers overly subjective criticisms of Superman Returns. Recalling Superman Returns as a capable entry into the Superman mythos, I decided to re-watch it if only to see if my memories from the summer of 2006 are accurate or the product of rose coloured nostalgia after witnessing the veritable shit show that is Man of Steel.

Making a case for SR over MoS is so simple as to be a waste of both my time and yours, so let’s put a pin in that argument for now. Nor do I see the value in an extensive comparison of SR to the Donner-era films. Superman Returns may well be an homage-sequel to Superman and Superman 2, but it’s somewhat disingenuous to compare the two in terms of anything other than their emotional affect.

Now that we’re finished with all the foreplay, let’s dig into Superman Returns. In terms of casting, there’s little to complain about other than James Marsden’s inability to deliver a line without grinning like an idiot. How are you an actor, James Marsden? Brandon Routh sells it as both Clark Kent and Superman. Kate Bosworth walks a tightrope between super mom and ace journalist with Lois Lane. Frank Langella is pitch perfect as Perry White. Saving the best for last, Kevin Spacey shows up Gene Hackman as Lex Luthor.

Lex Luthor also happens to be a convenient jumping off point for exploring some of the nuance in this deceptively straight forward Superman story. With Superman gone on a pilgrimage to the ruins of Krypton, Luthor wins an appeal for his crimes in Superman I and II, and is subsequently freed from prison. Go figure, Superman was the state’s key witness against Luthor. Thereupon, Luthor swindles an old woman of her fortune and then enacts a plan to steal Kryptonian technology from the Fortress of Solitude as a means of creating a new continent in the Atlantic.

However, Luthor’s actions are no mere one-off act of evil in an otherwise shiny world. Superman Returns is set amid a planet plagued with conflict and strife. After Kal-El abandoned humanity for Krypton, Lois Lane snaged a Pulitzer for an editorial on why the world no longer needs Superman. Yet it’s painfully obvious upon Kal-El’s return that he is needed. The disembodied voice of Marlon Brando reminds the audience that humanity needs a figure who will inspire us to greatness, not simply a protector. These throwbacks to the idealism that permeated the 70s movies are all the more apropos in light of the American legal system setting Luthor free.

While the above observations might seem obvious, we must recall the political climate that existed during the creation of this movie. Singer began working on the script for Superman Returns in 2003, with pre-production starting in 2004. It may not seem like a long time ago until one stops to consider that 2004 was only three years after the United States passed the Patriot Act, two years after Guantanamo Bay welcomed its first twenty “war on terror” residents, and a year after the invasion of Iraq. At a time when Jack Bauer was held up as the real American hero, Superman Returns dared to remind its audience of a time when more innocent heroic narratives ruled the day.

Long before Christopher Bale would give us a growling monologue about the hero that a people deserve, Brandon Routh was that hero. This Kal-El is the iconic figure whose ideology rises above divisive politics. Yet the recent popularity of the “broken hero” archetype suggests that we, as an audience, might not know what do with such a character. This raises the question, did the audience dislike the Singer/Routh Superman because he was a poor character, or because he was too honest to the ideologies of Silver-Bronze comics, which were rapidly becoming incompatible with the early 21st century.

We can certainly hold Singer accountable for the fact that Superman Returns’ second act is so bloated that it would probably respond well to a gastric bypass surgery. I’d also blame Singer for the poor editing that saw a “flying with Lois” scene left in, but Superman’s return to Krypton cut. And as a friend of mine recently asked, does anybody want to imagine Superman as a creeper in the bushes, spying on his ex-girlfriend?

In the end, Superman does what he always does; he risks his own life to save the Earth, even if we don’t deserve that salvation. Bryan Singer’s film produces a character that is a paragon at a time when fear, suspicion, and cynicism were deeply rooted in the popular psyche of the global North. Framing Superman Returns as merely a nod to its predecessors is to ignore how Bryan Singer made the film a product of its time without embracing the pessimism that marked that decade.

I will concede that Superman Returns is not a great movie. There’s some questionable acting, a bit of rough pacing, a few recycled, if iterated, ideas, and a bit too much filler material. Yet the story works as tale of revenge (Lex), alienation and redemption (Kal-El), and a lesson in hardening one’s self to deal with emotional trauma (Lois). Superman Returns is at its best as a call back to more “innocent” times while simultaneously mobilizing the cultural underpinnings of its time. Thus, dismissing the movie without exploring that aforementioned relationship is to completely miss the point of what it set out to do. It’s not just a Superman story, it’s a classic Superman story at a time when life resembled The Dark Knight Returns.