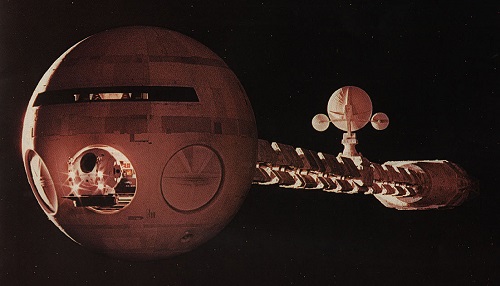 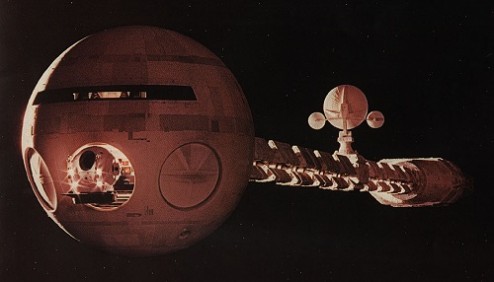 Anybody who follows me on twitter, or paid attention to the blog last week, knows that I spent the weekend at Ad Astra, a literary/genre convention in Toronto. To say that I had a good time would tread dangerously into the realm of understatement. Michael Matheson’s late-night fan-fic/slash-fic/drinkstravaganza panel will long be recalled as one of best things I’ve ever attended at a con. Podcasting After Dark, my experiment in non-studio recording and scotch consumption, was a huge success in terms of pulling in an audience and keeping them in the room. There was, however, one panel that really surprised me: a Sunday afternoon chat session on “classic” science fiction.

The first surprise was that my fellow panelists were all friends of mine, yet none of us had come up with the idea as a means of stacking the deck with drinking buddies – that is if David Lamb is to be believed. The second surprise came when I realized how quickly a discussion on “classic” science fiction devolves into a discourse on dead/old white men. Names like Asimov, Bradbury, Clarke, Heinlein, Huxley, Orwell, Pohl, Niven, and Nowlan tend to get thrown around with a little too much ease. Responding to that trend, I name dropped Ramez Naam, Kate Heartfield, Ken Liu, and Aliette de Bodard as examples of contemporary “classic” SF writers, but that’s skipping ahead a few steps. Allow me to connect the dots.

The benefit of being friends with smart people is that none of us were inclined to look at the science fiction of past generations and accept it as the way things should be done right now.

For example, Simon McNeil pointed out that Dune is an excellent allegory on single-resource economies – particularly oil  – and the inherent fragility of political structures that are built on top of these dependencies. At the same time, Dune’s depictions of race and gender don’t really hold up for a modern reader. One recalls Emperor Shaddam wishing that Princess Irulan was born male so that she might rule. Seriously, it’s 10,000 years in the future and a primogeniture is still the word of the day?  Or how about the odd vein of Islamic/orientalist othering that we see with the Zen-Sunni Fremen. Do those two things even go together?

Discussing Dune and its contemporaries led to something of an ontological debate, a thing for which I blame K.W. Ramsey. Also, being very hung-over, I was ill-prepared for this level of thinking on the Sunday of a con. Never the less, collectively we attempted to explore the how one goes about defining a “classic,” independent of a given work’s age or the legacy of its popular reception. As a first point of reference, I offered that “classic” science fiction should explore ideas that go beyond the individual polemics of the period in which it is written. In doing so, we could discuss contemporary writers as well as those from generations past.

With that idea in mind, my shameless name dropping made a little more sense. While each of the non-old/dead white dude writers I mentioned do an excellent job of viewing the contemporary world through a science fiction lens, the broader themes explored in their writing (e.g. growing technological ubiquity, state surveillance, transhumanism, racial/ethnic diaspora, et c.) easily connect with previous cultural epochs. Moreover, the questions orbiting these issues are not likely to be resolved within the next decade or two.

Thus do I submit that this potential pathway to defining a “classic” work of science fiction sets aside publication dates and popular reception of days past, in favour of examining the depth and longevity of a work’s subtext and themes. Furthermore, the more a critical discussion of a given work requires caveats and exceptions to the time period of its publication (e.g. the countless apologies a person has to make for A Princess of Mars) the further it drifts from the “classic” designation. Rather, we can categorize certain stories as artefacts of the past – or the present – rather than with the more meaningful moniker of “classic.”

TL;DR – Being old (or new) and popular doesn’t make something a classic; it has to be demonstrably good outside of its own window of publication.