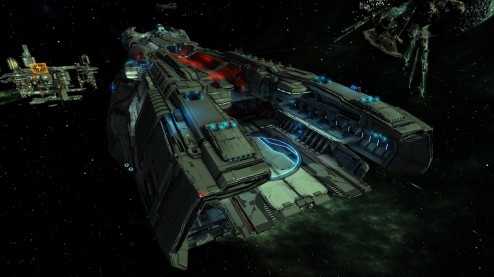 It has been more than a week since you sent me a press release for the 2.0 release of X-Rebirth. Similarly, it has been a week since I sent Tri Synergy’s public relations department an email requesting a review copy of said game. Earlier this week the Egosoft twitter account recommended I send another review request directly to Egosoft, and I did so this morning. While I will certainly respect any decision you care to make in this matter, I would like to reiterate why I think you would do well to trust my website with a review of your game.

At the time of this letter X-Rebirth has a meta-critic score of 33, making it one of the lowest scoring games on that particular review aggregator. Despite releasing a game that many critics have written off as broken and unplayable, the development team at Egosoft has soldiered on to produce the 2.0 version of X-Rebirth. Such a decision demonstrates a rare sort of courage. How easy it would have been to write off X-Rebirth and move on to greener pastures.

But I fear that no amount of press releases promising sweeping changes will make up for the fact that X-Rebirth has about as much good PR as the bubonic plague. This is where me and my humble website enter the equation.

I have not played a single minute of X-Rebirth 1.0. It has been months since watched a let’s play of X-Rebirth or read another critic’s review of the game. I also have very fond memories of Terran Conflict and Albion Prelude to serve as a baseline for review. As space-sim enthusiasts go, I dare say I am the closest thing there is to a tabula rasa for X-Rebirth.

Whatever your decision, this will be the last you hear from me on the subject of X-Rebirth – notwithstanding the arrival of a steam key for the game. Should you wish to facilitate my review of X-Rebirth’s new iteration, your press department has my contact information.