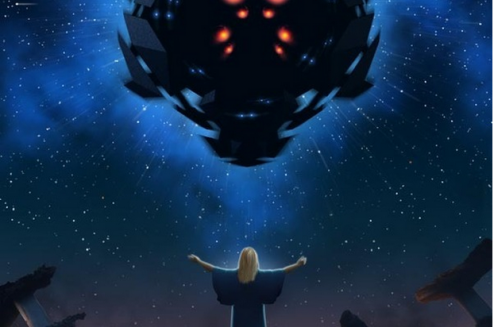 At the time of this post, Ottawa-based publisher Bundoran Press is a little more than half way through an Indiegogo campaign for Second Contacts, a science fiction anthology that will explore humanity fifty years after making contact with alien life.

This from Second Contact’s indiegogo campaign:

Science Fiction is our conversation with the future. But what if we’re talking with alien voices?

Second Contacts will seek stories, from the best writers in the field, which explore the consequences of first contact, for us, for them, for our shared future. The possibilities are endless — conquest, collaboration, assimilation, or separation. On earth, in space, or on alien planets, what will happen to individuals and societies after two generations or more of staring into alien eyes?

Aurora Award-winning editor, Hayden Trenholm returns in partnership with Mike Rimar, Writers of the Future finalist to co-edit the collection.

Considering Hayden’s fantastic eye for fiction – if you don’t believe me, then I dare you to read Blood and Water and not come away from it with a changed worldview – the editorial track record for this anthology is reason alone to support the project. That said, I think it’s also important to highlight one of the reasons why Bundoran is making use of the crowd funding model for this book.

The turn to crowd funding, if successful, will allow Bundorian to raise the pay rates of Second Contacts from 1.5 cents per word to 6.5 cents per word, thus meeting pro-market requirements, as defined by the Science Fiction and Fantasy Writers of America. While I won’t get into the economics of SFWA’s decision to raise the bar on pro-rates, I do admire the fact that Bundoran is working to ensure that their writers cross that particular threshold. For me, this is another great reason to support Second Contacts on a grass-roots level.

If economic altruism and the good karma that comes with supporting a small Canadian press doesn’t sell you on Second Contact’s indiegogo, then you should stop by the Bundorian blog, where Hayden has offered up seven reasons to support the anthology’s funding campaign.