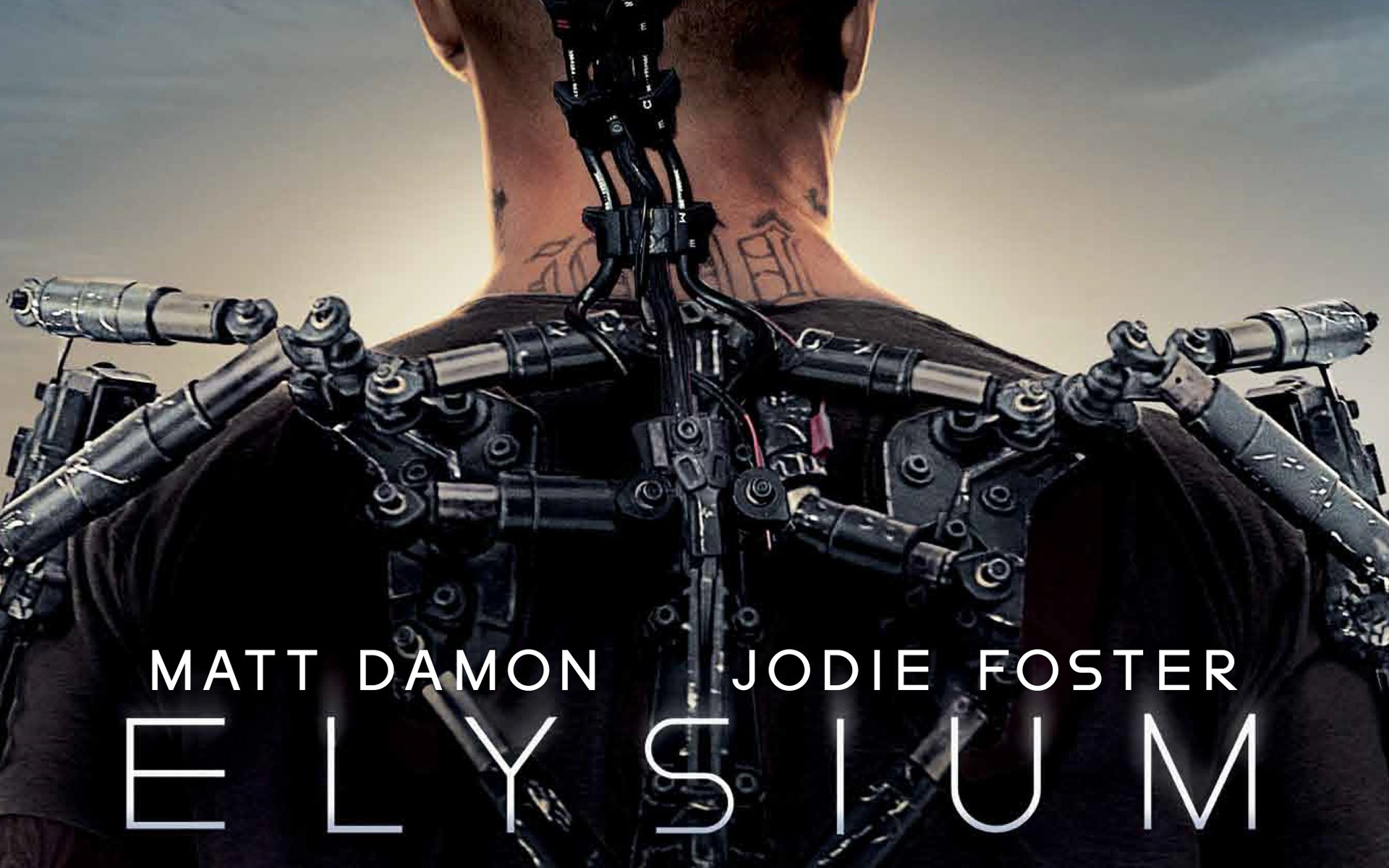 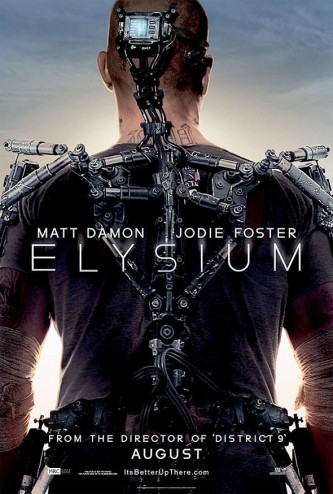 A few months ago I found myself defending impossible things in science fiction movies. The conversation, which largely focused on Pacific Rim, boiled down to one point: the need to sell the audience on the initial lie. To wit: the previous discussion saw a friend refusing to buy into Pacific Rim’s first principle – the idea that giant robots are the best way to defend the earth from a Kaiju invasion. In so much as I disagreed with his justification, I respect the point he was trying to make. If a film wants the audience to suspend disbelief, it needs to do a good job of selling the initial lie. This brings us to Elysium, a movie that utterly fails to sell any of its lies.

Elysium is the sort of movie that brings out the best and worst in me as a critic. Ten minutes of Neill Blomkamp’s sophomore feature film turned me into a snarky Gollum. Part of me wanted to do nothing more than revel in pedantry and point out how nothing about the movie makes sense.

Fire a ground based missile at something in orbit, precious? Precious doesn’t understand physics very much, does he?

Then there’s the more mature – and much more likable – part of me that wants to have a discussion about the ideas Elysium is trying to work with.

It doesn’t matter that the science of Elysium is written by a fourth grader if it gets people thinking about automation and drones in everyday life.

I expect this is the back and forth that any sort of thinking person has to work through while watching this movie. There’s no denying that Elysium engages with some truly outstanding ideas. Blomkamp’s writing taps into the psychology of the Occupy Wall Street movement to tell a story that is equal parts Robin Hood and the good parts of Johnnie Mnemonic – all ten minutes of them. Would that Blomkamp was content to leave it at that, Elysium might have stood a chance of being a good movie. Insert a bit more H.G. Welles allegory, take a potshot or two at Walmart economics as the anti-thesis of Fordism, and the movie would probably be a winner. Instead, it seems like Blomkamp is intent to pile on with every modern controversy you can imagine, hoping that the hot mess will somehow come together like the Voltron of speculative fiction. Instead, it looks like a bunch of robot lions trying to hump a door knob.

The real tragedy is that on a unit level Elysium‘s ideas are good. Yet the bloating repertoire of ideas means that opportunities to develop a singular focus are forsaken in lieu of saying “Hey, don’t you think police drones are a bad idea? Yeah, fuck police drones!” or “You know what’s awful, rich people stepping on the backs of the poor. Yeah, fuck the rich people!” How profound. What other sage revelations do you have in store for us, Master Jedi Blomkamp?

On the heels of such a complete and total failure to meaningfully explore any of the movie’s potentially interesting ideas, picking on Elysium’s technical shortcomings seems like flogging a dead horse. What’s the point in thinking critically about the scientific impossibility of Elysium retaining its own atmosphere when the writer can’t see past the end of his nose in terms of building a society with a robot police force? The pedantry is fun, mind you, but it’s a more tedious way of shining a light on the movie’s core problem: Neill Blomkamp had an idea about a space station full of rich people, and then slapped a story around the concept. As such, Elysium has all the charm and narrative strength of a bad episode of Star Trek: TNG.

For all of the movie’s narrative flaws, one should not overlook its piss-poor casting choices. There’s something of a race to the bottom of the conceptual barrel between casting Matt Damon as the lead in a movie that predominantly features Latino secondary and tertiary characters (i.e. why not cast a latino actor for the lead?) and Jodie Foster’s milquetoast space racist act, featuring an on-again off-again South African accent. At least, I think it was South African, might have just been South Idiot. Foster’s performance is about as tiresome as the time Harrison Ford tried to pull off a Russian accent in K-19.

Though it offers a valiant effort, Elysium spectacularly fails to become more than the sum of its parts. It is a messy agglomeration of ideas moving at break neck speed from one plot point to the next. There’s no effort on the part of the script  to unify its ideas or narrative blocks into something more meaningful. Similarly, the cast portrays cut-rate archetypes, who are incapable of adding anything remarkable to the story. Ultimately, the movie has to fall back on pathos and a sick child to achieve any sort of emotional resonance, and only then after a messy two acts of foreplay.

Written and Directed by: Neill Blomkamp