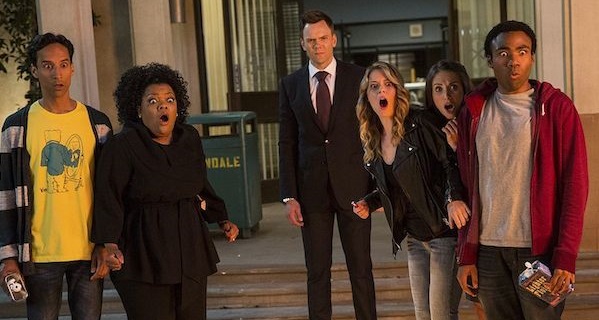 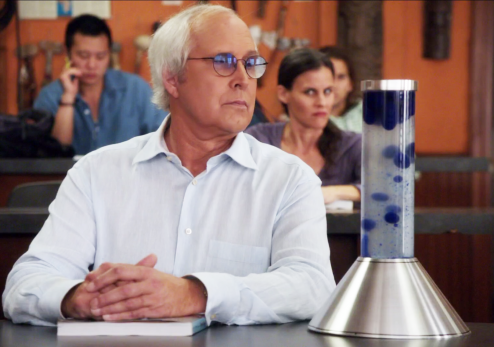 Well, here we are again. It seems like every year I end up eulogizing Community, only to have it defy death and come back again – such as it was during the gas leak year. Alas, this year saw the final nail driven into the coffin of Greendale Community College. NBC has sent Community off to the remedial Spanish class in the sky. Instead of #SixSeasonsandaMovie, we got ninety-seven episodes, and most of them were good. And I think that’s okay.

That said, if you asked me how I felt about this on Friday, then you would have been treated to all the righteous indignation that I could muster.

How dare NBC cancel the smartest comedy on television?

Fuck the tasteless, classless, Republican rabble of middle America for their dominion over focus groups, test audiences, and a broken ratings system.

Why do we live in a world where the nerdspolitation of Big Bang Theory gets picked up for three seasons and Community gets cancelled in favour of America’s Fattest Fatties (aka The Biggest Loser)?

Sufficed to say, I was angry.

I know things end. I know nothing lasts forever (except Days of our Lives), and I know that ninety-seven episodes is about seventy-two more episodes than some NBC executives wanted to give Community after its first season. Be that as it may, until this morning I had a version of this post ready to go that was all fire and vitriol. Then I chanced upon Dan Harmon’s blog. Though his whole post on Community’s cancellation and potential future is worth reading, here are the two paragraphs that have Harmon speaking to fans about what they can do to help keep Greendale alive in the interim.

I honestly think you can totally sit back and relax for this chapter. I know you don’t feel relaxed but I mean you don’t have to worry that someone on this planet isn’t aware of this show’s value to its audience. There are actually astronauts on a space station right now saying “we get it, you love Community” in Chinese. You have done your thing.

If you want to know the God’s honest truth, part of my “eh” was coming from the unsettling thought of your passion for campaigns being once again exploited by this rather unfair, somewhat backward system, one that now treats you like it’s your responsibility to keep a show alive, like a corporation is doing you a favor by feeding you low grade opiate through a regulated tube. Like you owe them an apology when they can’t measure or monetize you to their satisfaction. You deserve better. I love you guys, and at its best, Community is me saying that over and over again, saying let’s get less mad at ourselves and each other and more mad at the inhuman systems that keep us down and divided. “Maybe it should have said less of that and more jokes.” Shut up, voice of my grade school principal that also coached and umpired softball because shrieking “steeeeeeerike” at children was his sole recourse to virility.

One of the things that is most alienating about fandom is the fact that it so often seems like people screaming into the void. Business almost always trumps fan sentiment, yet fans yell in the hope that if they can harmonize all of their voices, things will change their way; as if there is some magic brown noise where audience outrage will trump lackluster ratings. I suppose the worst part is that every once in a while the screaming works, which then gives us all a sense of false hope for the next time something goes wrong. Sure, fan outrage brought Jericho back for a final season, but how did that work out for Stargates Atlantis and Universe? Fans still scream about Firefly, but a second season of that is probably never going to happen.

We scream because if the suits know just how much we love something, we can appeal to their humanity, and they’ll give us more of the thing that we built a community around. Except maybe there is no humanity in the entertainment industry, save for what Dan Harmon gave us on his blog: a few words to let us know that we have been heard.

Harmon’s words are validation to all of Community’s fans for the blog posts and rants to friends who are tired of hearing about the weird meta show that is television shoved up its own ass. As someone who did more than his fair share of crowing about Community’s genius, there is peace to be found in knowing that as part of the larger voice of Community fans, who from time to time took over Twitter with our hashtags and in-jokes, I was heard.

Community might be gone, but so long as there is Hulu, Netflix, and DVDs, its subversion of the entertainment industry and its commentary on the simplistic tropes of film and television – a commentary which, without trying to sell us anything, tells the audience that they deserve better than what is out there – will go on.

And I can live with that.