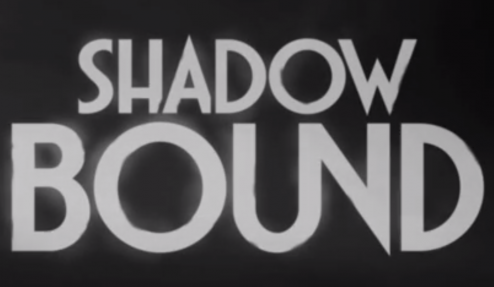 It’s a shamelessly fast post for you tonight. Why? Certainly not because I’m horribly prepared and didn’t have a review ready for tonight. Not at all. Rather it’s because tomorrow evening I’m making my third appearance on the Limited Release Podcast. Hooray for being able to play nicely with others.

For those of you who don’t know, Limited Release is one of the finest review podcasts on the internet. Without sounding like too much of a suck-up, it is an absolute pleasure to be able to guest host again.

Bearing that in mind, and in the spirit of shameless self-promotion, I thought I would give you a taste of one of the web series I will be reviewing tomorrow night – which you won’t get to actually hear about until the episode gets released on iTunes sometime next week.

The series is called Shadow Bound. Not only is it an homage to the fiction of H.P. Lovecraft – absent the pesky racism gets in the way of really enjoying Lovecraft’s work – it’s shot as a silent period piece. Not to preempt my review, but it is one of the finest examples of what the web series is capable of doing. And I shudder to think how much time and effort went into the props and costumes for what amounts to a feature film in five acts.

Here’s the first episode, and I dare any fans of supernatural horror not to keep watching after this initial chapter.

And if you make it to episode three, sleep well tonight.

We’re back to the usual routine on Friday; wherein, I’ll either talk about Attack on Titan or offer another angry rant on Star Wars Episode VII: The Ancient Herp-Derp from the Outer Rim.