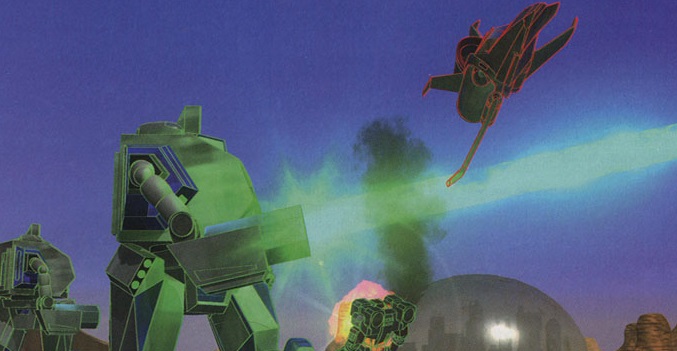 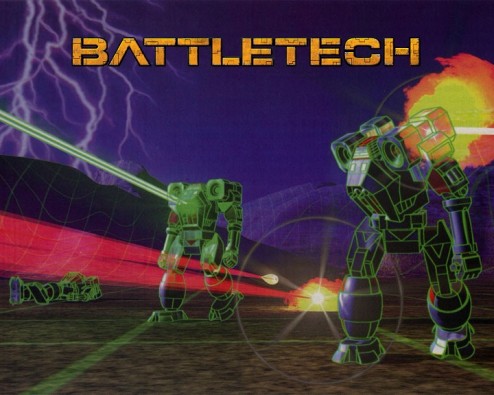 It’s fair to say that the short-lived Battletech animated series began my near to life-long love of the game of armoured combat. Before I got my first 3025 technical readout and before I played my first Mechwarrior PC game, there were the adventures of Major Adam Steiner’s First Somerset Strikers.

Despite the warm fuzzy place this series has in my otherwise blackened heart, it’s clear that Battletech isn’t without its flaws. The CG battle sequences are primitive by modern standards. The conventional animation is average even among 90s cartoons. There are internal continuity errors galore. Anyone at all familiar with the Battletech tabletop game, or its various digital analogues, will know how liberally the series interprets mech-on-mech combat. Also, the series presumes the audience has at least a passing knowledge of the Battletech universe.

Upon re-watching it’s also clear that the series was working under some considerable censorship. Nobody ever dies, even when they get their mech shot out from under them. The axe of Major Steiner’s Axeman rarely connects with another mech, presumably because watching a five-tonne axe cleave another mech to bits would be too violent for the children.

Even as it eschews physical violence on-screen, Battletech still manages to tell a reasonably good war story. This is primarily due to the fact that it dives head long in to the rich history that is the Battletech universe, and that history is as murky and politically charged as our own.

Set on the eve of the Clan invasion of the Inner Sphere, the series is seething with the geopolitical tension of the 31st century. The very first episode sees a clear racial and national dialogue in play between opposing members of the Inner Sphere’s nation states. When Major Steiner’s home world falls to Clan Jade Falcon’s invasion, his immediate assumption is that the Draconis Combine – a predominantly Eurasian successor state – has broken a tentative truce with the Federated Commonwealth, the Major’s very Western European flavored nation.

The Clan invasion forces the Major’s hastily formed “First Somerset Strikers” to join forces with a Draconis Combine crewed starship, introducing speaking roles for Asian and African characters into the series. Moreover, many of these characters bring their own language, even if only as cultural artefacts, into the series. Franklin Sakamoto, a character from the Draconis Combine, utters the phrase Shikata ga nai in his first scene. While we could make a case for the Major being a colonizing force in series, especially since his command is predicated on the Archon of the Federated Commonwealth giving him command over Sakamoto’s impounded Draconis Combine starship, such a judgement must be measured against the fact that the Inner Sphere is in the process of being occupied by a race of genetically engineered super soldiers. And on a more literal level, the First Somerset Striker’s sigil is a union of the iconography of both the Federated Commonwealth and the Draconis Combine. By contemporary standards, Battletech isn’t progressive. For 1994, it’s at least making an effort.

For adults in the audience, the series adheres to the historical lessons of the 20th century, specifically that war makes for strange bedfellows. The FedCom/Combine alliance isn’t an easy one. Even in the face of technological and tactical superiority on the part of the Clans, the latent hostility between the Federated Commonwealth and the Draconis Combine is a recurring theme in the series. For a youth audience, the series presents national rivalry and then deconstructs it over the course of the first season. Hard scrabble Fed Com officers who “can’t trust the Dracs” learn that their prejudices are grounded in ignorance. Again, an obvious didactic moment by modern standards, but decent messaging for the early 90s.

Though Battletech looks every one of its twenty years old, its character-driven conflicts set in a politically vibrant world are strong enough to help the series retain its value over time. Though not a masterpiece, the series conveys the sophistication of the source material in a way that has a generally positive message for a young audience. As artifacts of by-gone youth culture go, Battletech is worth revisiting.