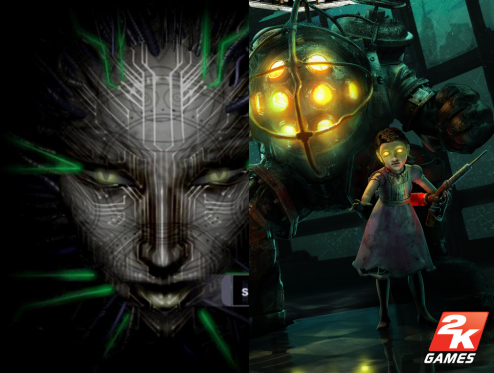 For the last few weeks I’ve been playing Xenonauts, Goldhawk Interactive’s spiritual successor to X-Com: UFO Defence. Rather than gum up my review of said game with a discourse on the ontology and taxonomy of video games, I thought I’d use today’s post to talk about spiritual successors.

Let’s begin with a suitable definition of the term spiritual successor. Here’s what TV Tropes has to say on the subject.

A Spiritual Successor is a type of sequel that is not part of the same world or story as its predecessor, but is nonetheless considered to be a successor because it’s made by the same creators; shares common themes, styles, or elements; or, most likely, both. In other words, it’s a sequel “in spirit”.

In tackling the first part of the definition, it’s common enough to see game designers iterating on old projects for new studios/publishers. A perfect example of this phenomenon is Shipbreakers, an upcoming RTS from Blackbird Interactive. BBI is billing Shipbreakers as a spiritual successor to Homeworld, despite the fact that Gearbox now owns the rights to the original game. Shipbreakers qualifies as a spiritual successor because of its aesthetic and the fact that a number of Blackbird Interactive’s team worked on Homeworld back in the 90s.

Taking the Shipbreakers approach is probably the easiest way to sell a spiritual successor. The fact that Shipbreakers is going to be set on a planet, rather than deep space, means that the game won’t be a clone of Homeworld. We are, however, likely to see markers of Homeworld’s DNA at work within Shipbreakers e.g. real time switching from a battlescape to a tactical map, or the high-fidelity voice acting that’s meant to sound like it is coming through a cheap radio headset. The game might even be set on Kharak, assuming Blackbird can sneak that one past Gearbox.

On the opposite end of the spectrum is the spiritual successor that presses the hottest button in all of gaming: the streamline button. With streamlining often, but not always, acting as a euphemism for taking a smart thing and making it accessible to a dribbling idiot, the streamlined spiritual successor is well positioned to piss off the loyal fanbase. I’m sure there are still System Shock II fans holding a grudge against Ken Levine for his perceived Cleveland Steamer on their childhood via BioShock.

Sitting between these two opposites is the most nebulous of the spiritual successors: the non-iterative homage piece. Demon Souls versus Dark Souls. X-Com: UFO Defence versus Xenonauts. Bayonetta versus Devil May Cry. Baldur’s Gate versus Dragon Age. From where I sit, this type of spiritual successor invites some very hard conversations on originality, fan service, and game design. I use the following as my first litmus test: does the spiritual successor stand on its own, or does stand on the shoulders of giants?

While I don’t think there’s anything inherently wrong with a homage piece – see my review of Pacific Rim – I still think it is incumbent upon the spiritual successor to prove that it is engaged in a business beyond excelling at the sincerest form of flattery.

Regardless of the form that the spiritual successor takes, I think their very existence is also a reflection of us, the audience. Though I’ve focused on video games in this post, the spiritual successor, in any medium, is a product of a collective inability to let go. We cling to the things that we loved because new things are often terrible and derivative, looking at you Doom 3. We raise a classic on a pedestal and shout, “more like this.” What we get never seems to live up to expectations e.g. X-Com versus XCOM (I don’t agree with that notion, but I know it’s a popular one.) Of course, the audience is less to blame than the studios and publishers who take our “more like this” message and translate it into “more like that thing they like, but make sure we can sell it to everybody.” Be that as it may, our part of the conversation could benefit from citing the things we loved as benchmarks to be surpassed.

Why can’t we have a game that is better than X-Com: UFO Defense or Alpha Centuri? Go ahead, developers of the world; if you build it, I will buy it (or attempt to weasel a review copy). Putting it another way, Citizen Kane might be brilliant, but that doesn’t mean directors and writers stopped innovating after its release. In terms of spiritual successors, my hope is that these are a creative oasis. We can stop and drink deep of the refreshing waters that remind us of home. But let us then make the longer, harder journey to bigger things.