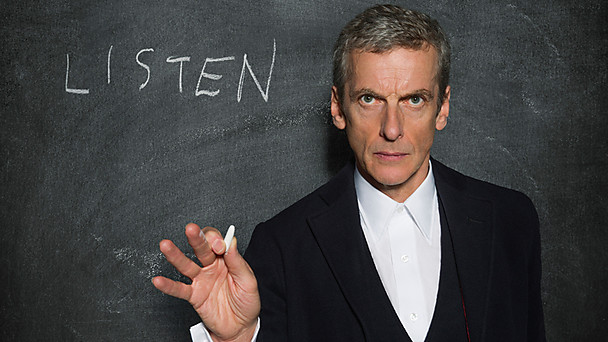 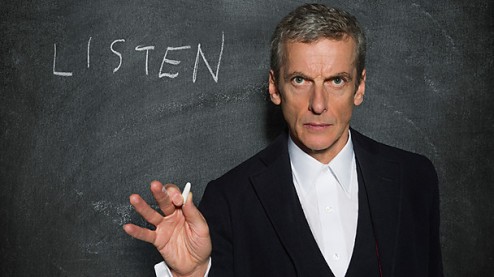 I’ve read three words, over and over again, with respect to the current season of Doctor Who, “Deconstruction of heroism.” Granted, I skipped the Robin Hood episode – on the grounds that I didn’t like the Star Trek TNG Robin Hood episode, so why would I like this one? Never the less, I respectfully disagree with the notion that there’s any such deconstruction happening in the current season. All I’m seeing are some dubious people running around while tired ideas emerge from the Steven Moffat half-bakery.

Now if that’s what the audience wants out of Doctor Who, then fine, all the power to them. However, I fail to see why critics are offering up a sideways literary interpretation of the series instead of having the good sense to call out the show on its drivel.

Deconstructing the hero? Fah. The Doctor is the very definition of the Byronic hero. All of the Doctor’s 21st century incarnations are charming, enigmatic, sophisticated, cynical, jaded, passionate, intelligent, and ultimately convinced that their own personal philosophy should trump all other considerations. Capaldi’s Doctor is no exception to this. He’s not being written as a deconstruction of this archetype so much as he’s a celebration of it.

But that’s not what I want to focus on in this post. Instead, let’s talk about Clara, the biggest dick Doctor Who has ever seen. Why do I think Clara is a dick who needs to get hit by a bus at the earliest opportunity? Because of the way she treats Danny Pink.

Twice in the series – and both in episodes written by Moffat himself – I’ve witnessed Clara giving Danny the gears about being a soldier. Being the sort of person who thinks that most modern military ventures are oppressive follies, I wouldn’t mind if the series wanted to engage in a meaningful dialogue about Western imperialism. Since we’re working with a show about time travel, there’s a real opportunity to tell a story or two along those lines. For example, the Doctor could take Clara to Carthage right before Scipio and the Romans show up to burn the city to the ground. Of course, that’s not how Doctor Who rolls. This is a series that is only concerned with showing the audience the winning side of history. Okay, fine, most people don’t have a sense of history beyond the end of their nose, why should I expect more from Doctor Who than I do of anybody else? Be that as it may, it’s pretty clear that Steven Moffat is taking issue with soldiers in this season and he’s using Clara as the voice of his outrage.

Would that the execution matched the concept driving this inquisition. We’re introduced to Danny Pink as a person who suffers from his past. While he might not have full-on PTSD, he’s certainly haunted by his time as a soldier. Whatever his actions were, be they valiant or cowardly, they haunt him in a real way. Kudos to the Moffat and company for getting me to connect with a Doctor Who character without having to destroy the universe. At the same time, I guess we’re not supposed to care about him too much since Clara – who has less depth in two seasons than Danny has in two minutes – comes along and takes a massive steamer on Danny, reducing his personal trauma to one single, shitty line: “So you kill people then cry about it?”

You might not be able to hear it, but I’m giving Steven Moffat a sarcastic slow clap for one of the worst bits of dialogue I have ever heard.

I am the least patriotic person I know, but even I have enough basic humanity in me to know that you don’t presume to talk to a former soldier about killing. You certainly don’t imply that said soldier is a murderer for their actions. If this faux-pas proved a one-off I’d be inclined to let it go. Instead, Clara does it again in Listen, again accusing Danny of being some sort of baby-killing monster.

Granted, the dialogue is meant to convey that Clara doesn’t get it. However, Clara is just an avatar of whoever is writing her, in both cases Steven Moffat, and that tells me that perhaps he doesn’t get it. If he does, then he’s groping for a message like the Neolithic humans in 2001 fumbled for a bone to use as a club. The subsequent skull smash is Clara’s callous interactions with Danny reducing his emotional pain, and the pain of thousands of real people, to a snide one-liner. Yet, somehow, we’re still supposed to see Clara as the Doctor’s moral compass? No, I think not. The Doctor is better off measuring himself against a Dalek.

Thus do we return to the title of this piece. Whatever deconstruction may be happening – and I think there is very little – is taking a back seat to framing Clara as an utterly intolerable person while also reinforcing the Doctor’s role as the classic Byronic hero.  So remind me again, why am I to care about a show featuring horrible people amid plots  that are best summarized as ‘people running about as bait-and-switch things happen’?

I await your trolling.