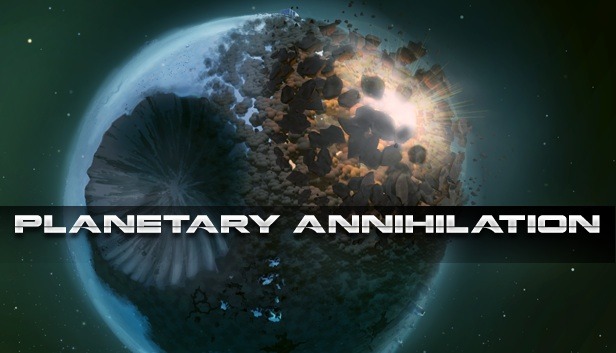 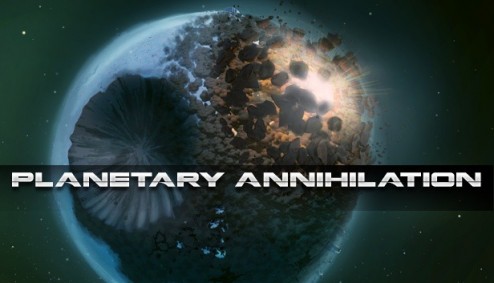 Last weekend I was partaking in my favourite Saturday morning ritual: perusing the weekend deals on Steam. Thereupon, I discovered that Planetary Annihilation was officially in a release build. Since I never managed to have enough computer power to properly run Supreme Commander or Total Annihilation back in their heyday, I gladly parted coin from hand, knowing my current rig had more than enough power for Planetary Annihilation. I also high fived teenage-Adam through the space-time continuum. Our time had finally come.

Yet I can’t help but feel a little, and just a little, mind you, disappointed with Planetary Annihilation’s single-player mode. The gameplay itself is about what one would expect from a “build an army, blow up the enemy base” style of RTS. In many ways it reminds me of the good old days when Westwood was making Dune and Command and Conquer games. A player’s economy requires balancing unit and building production against harvesting sufficient “energy” and “metal”. Combat units are cheap and plentiful, buildings quickly fall to concentrated attack, and there’s a real sense of urgency when a player’s radar shows alone enemy lander in orbit on the far side of their planet.

All of this is well and good save for the fact that the framework of the single player campaign feels like something that was tacked on as an afterthought. There’s no story to speak of, save for some text blocks when a player clicks on a given star system. The only attempt to inject some narrative into the mayhem is found in the opening cinematic, which explains how humanity is long since dead, but our sentient war machines are waking up and carrying out their directive to exterminate anything that isn’t of their own making.

This is actually a pretty cool concept for a story when you stop to think about it: militarized von Neumann probes outliving humanity, but still carrying out their programming. Would that programming evolve as commanders built other machines? Would they continue to fight purely out of an existential fear of having no purpose? These are questions I would love to see played out in the galactic war campaign.

Without even the barest outline of a story to hold the galactic war together, the game can start to feel a bit repetitive. Players move their commander from solar system to solar system. On each stop they can either acquire some technology or pick a fight with the locals. Unlike in multi-player combat, the single-player commanders have a prefixed style of units they are capable of producing. After spending ten hours playing the galactic war mode I’ve yet to unlock anything other than the basic vehicle commander. During the course of those battles I’ve faced off against enemy commanders focused on space units, air power, and bipedal war machines. Despite their variety, my play style at this point is pretty much rote. I build some tanks, send a builder to another planet, construct a stargate, and then send through enough forces to flatten the local resistance. Rinse, repeat, toss in the occasional tactical nuclear weapon and that’s all she wrote.

Again, none of this is bad, per se. I like the gamble involved in picking a landing zone on a hostile planet. There’s a frantic rush to set up defenses around the fragile beachhead. Yet after doing that a few dozen times I find myself wanting some more variety. Consider that even Titanfall, with its multi-player matches shamelessly masquerading as a single-player experience, had the forethought to tell players a story. I suspect that Planetary Annihilation could do the same, and I truly lament that it doesn’t.

While I reserve the right to add on to these thoughts in a subsequent piece, for now I’ll say I’m content with Planetary Annihilation. I do wish it was more than meets the eye, however. While it’s satisfying to watch a phalanx of tanks roll across a planet and massacre an unsuspecting foe, there’s a limit to how many times a person can play a bot match for the sake of unlocking more bot matches. I also wonder if the people who paid triple what I did to get the game in early access feel the same as I do upon seeing the final product.