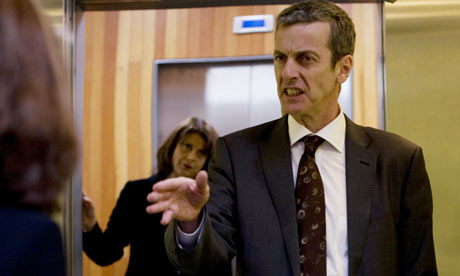 So it’s come to this. People are falling over themselves to praise the current season of Doctor Who, and I’m left to wonder if I’m an idiot for not seeing what they see, or if I’m just dead inside. Though, I suppose those two things are not mutually exclusive.

It’s entirely possible that I’m dead inside and an idiot. Though, what little shred of self-esteem I’ve managed to hold on to over the years tells me that I’m probably not an idiot.

Nevertheless, here we are roughly half-way through a season that I would describe as the omnishambles, and I think it’s time to ask some serious questions about how we’re supposed to approach Mr. Moffat’s story telling from a critical point of view.

I mean it’s either that or we can piss and moan about how the show used to be better back when (insert appropriate Doctor Who epoch here).

Remember, you can subscribe to Fighting Words on iTunes and get a new episode downloaded to your iDevice each and every week.