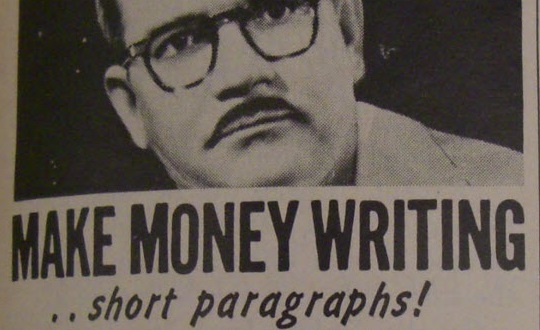 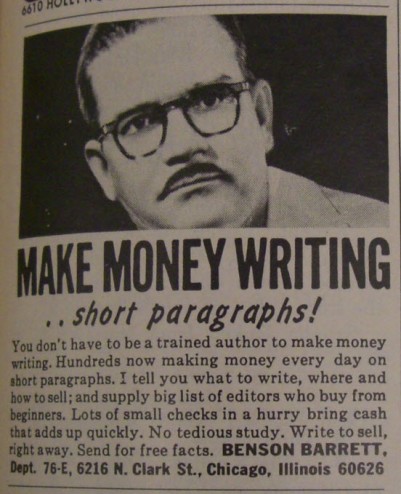 Last week, an article on New Statesman pissed me off. In responding to this article, I want to be clear that I’m not writing from the position of a neutral critic. Today, I don’t care about being fair and balanced. I have an agenda, and I will make that known as I marvel at the petulance, perhaps even the hubris, found in an article called, “Attention, #NaNoWriMo Fans: No One Cares How Your F***ing Novel is Going.”

As one might expect given the title of the piece, the tone of Hayley Campbell’s article is decidedly ad hominem in nature. While the second paragraph gave me hope that she might be interested in addressing some of the charlatans apt to take advantage of neophyte writers, the balance tells us all we need to know about the author’s opinion on people who dare to speak their mind on writing during November.

Here are some of my favourite lines.

“People will blog about the loneliness of being a writer, having been one now for three whole days.”

“People will go into Settings and then Profile and delete “aspiring writer” from their bio and put instead: WORDSMITH. WORD DOCTOR. WORD ALCHEMIST. DREAMWEAVER. “

“All of Tumblr will be #writing the most politically correct book ever using all of their favourite hashtags (there will be no white people in these books, and if a white person is writing it they will be checking their privilege against everything that happens throughout, in footnotes).”

To begin, and for context, I see myself as a profoundly average writer. I have three novels, one of which I began during 2012’s NaNoWriMo. All three of those novels live in the dark recesses of my hard drive. To date, my sales are summarized in two short stories, two reviews, and one essay. When people talk about me as a writer, critic, or editor, I tend to think they are doing it out of an awkward sense of politeness. What little I care to generalize about actual writers, critics, and editors is that they are usually very generous toward people who work hard, even if they are just hacks whose only talent is found in trying hard.

I do not have the gift to be a Starfighter. I will not pull a sword from the stone. I am average, and that’s okay, because I enjoy the successes I have found. However, as an average writer, I have to look at Hayley Campbell’s “nuclear/NaNoWriMo” bunker and wonder why it is necessary. If Campbell is writing for New Statesman, then I think it’s probably fair to say that she’s made it farther than most people will as a writer. I congratulate her on her success; I’m sure it’s well earned. Nevertheless, I fail to fathom how an established writer will look at people who only have “3,000 words of [novel] written” and see them as such a profoundly existential threat as to merit an entire article on “Britain’s leading, best written and most authoritative weekly political, cultural and current affairs magazine.”

Is this not pissing on the masses from on high?

If the reality of things is that maybe 1% of the 300,000 people who annually participate in NaNoWriMo will turn their book into something that sells, what harm do the other 99% present in taking a month to feel like they might have a chance? If the process for “real” writers is, as Campbell indicates, sitting around in one’s own filth, jamming out pages while the world unfolds around you, then why shouldn’t a bunch of neophytes talk about how churning out 1,700 words a day is a lonely experience? Are their day-one experiences any less valid than what the rest of us learned long ago? I think not.

Writing, when we come right down to it, is often a shitty and unrewarding thing to do. The chances of a given writer being the next Stephen King are practically null. Meanwhile, talented people can get their work rejected over and over again while the likes of E.L. James makes millions on the back of barely coherent mommy porn. In light of that, do we really need to make the unspoken realities even worse by shaming the poseurs, wanna-bes, and never-will-bes during a month when all they want to do is feel a sense of belonging? Are we so cynical? Are we so insecure in our own accomplishments that they can be threatened by someone claiming the sacred mantle of “writer,” even if the corpus of their work is limited to pedestrian Babylon 5 fan fic? I could declare myself the Holy Roman Emperor, but without the armies and territory to support the claim it is meaningless. Thus do I see established writers bemoaning NaNoWriMo as a sad and pitiable exercise in feeling inadequate during a perceived cock measuring competition.

Over the coming weeks, I would implore a modicum of self-reflection from those who might find themselves apt to sound-off on NaNoWriMo’s as the third worst thing since Stalin. Yes, every month is writing month for a great many of us. Yes, we tirelessly write and produce without the fanfare that people seem to get for their annual November efforts. And yes, as writers, regardless of standing, we should be confident enough in our talents to not feel the need to piss on others for daring to aspire to what we have achieved.