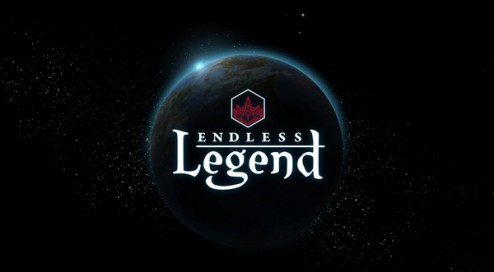 Dearest readers, prior to writing this review, I offered up some preliminary thoughts on my first hundred turns in Endless Legend. You can read those thoughts in this post.

At the time of this review, I have invested about thirty hours of my life into Amplitude Studios’ Endless Legend. I can honestly say not one moment of that time was ill-spent. Even as the “normal” difficulty AIs were mopping the floor with me, I longed to press the “end turn” button one more time. For fans of the 4x (explore, expand, exploit, exterminate) genre, the phenomenon of wanting, nay, needing,  “just one more turn” is often the best measure of a given game.

What’s special about Endless Legend is that its ability to make me want more isn’t rooted in some new gimmick, or a buzz-worthy reinvention of the 4x game. I’ve seen much of what Endless Legend does in other games. The tile-based city building and resource management evokes memories of Civilization V. Likewise, Endless Legend’s use of turn-based strategy in warfare is reminiscent of Heroes of Might and Magic. Where Endless Legend shines, and the reason why I think it will prove to be the only serious competition for Civilization: Beyond Earth, is the way in which every aspect of the game reflects Amplitude’s mastery of the 4x experience.

Endless Legend is set in the same universe as Amplitude’s previous 4x game, Endless Space. This time, the action is focused on the former penal colony of Auriga Prime, also the setting for Amplitude’s rogue-like Dungeon of the Endless. Where the ancestral games were distinctly science fiction in tone, Endless Legend takes a turn toward fantasy. Mind you, even as the game offers up fantasy’s usual suspects (humans, elves, dragons, S&M wizards) a thin strand of sci-fi manages to weave its way into the DNA of each faction’s story. Rest assured, enjoying this experience requires absolutely no knowledge of the Endless universe; I expect newcomers will find themselves drawn in by the richness of the details that went into creating Auriga.

This abundance of detail is not limited to the ephemera of in-game lore, either. The world of Auriga, as represented on the main game map, character models, even in the research tree, is a sight to behold. Cities and their expansions rise out of the ground like in the opening credits of Game of Thrones. On the battlefield, hydras charge into battle against plague monsters while supported by animate suits of armour. I’m not usually one to drone on about art, but rarely is the art so striking in a strategy game.

There’s also a certain elegance to the way Amplitude has approached the mechanics of the 4x game. Managing cities in Civ-style games can often feel like a fussy venture in mining tiles for the most resource efficient layout. Endless Legend approaches this type of micromanagement with a simple point and click display. This setup eliminates the need for a dedicated “city” screen, which in turn leads to less clicking and more immersion in the game environment. The game’s richest strategic layer is bound to city placement, itself. Auriga’s map is divided into regions, and each region can only house one city. Thus, finding a set of tiles that offer the right balance of food, production, science, and money, while also showing potential to support growth, is key to success. Since the map is procedurally generated each time a player starts a new game, Endless Legend offers considerable replay value for the avid strategist.

One of the areas where 4x games tend to falter is in terms of the diplomacy. More often than not AI’s tend to behave either erratically or entirely predictably. Likewise, diplomacy can often become an exercise in spamming out requests until a player gets what they want. Endless Legend approaches the latter with an influence system. Each city within a player’s empire produces influence. This influence is then divided between empire-wide buffs and use as a diplomatic currency. Even if another player rejects a proposed deal, the influence cost must be paid. Once again, an outstanding interface keeps the math on these deals from ever becoming too fiddly or burdensome.

No review of Endless Space would be complete without devoting a few words to the way it handles conflict. What the game lacks in variety of unit models per faction, it makes up for with a considerable depth in weapon and equipment customization. The 4x bugaboo of upgrading older units (we’re looking at you, Galactic Civilizations) is resolved with a simple “retrofit” button, thus ensuring that the process of building a new killer infantryman isn’t followed by turn-upon-turn of micromanaging all the old units. Since battles play out on a hex map that incorporates the terrain from the main map, finding the proper battlefield is often the difference between defeat and triumph. Where combat in Endless Space was cinematic, but light on tactics, melees in Endless Legend feel more like a streamlined tabletop war game. There’s time to compare stats between opposing units before jockeying for position on the map. Though this system feels a little finicky at first, and cost me more than a few units as I broached the learning curve, the nuances of move then attack cleared themselves up quite quickly. So yes, there’s a learning curve to the combat, but it’s not particularly steep.

There are also a few other features that managed to surprise an old Master of Orion vet like myself. Endless Legend has a mercenary and commodities market. Though the former seems to get tapped out by the mid-to-late game, the ability to buy grunts on demand makes surviving the early-game in pursuit of a scientific or economic win much more feasible. Mercenaries can also fight under a neutral flag, allowing for some delightful intrigues against friends and enemies alike. Various hero units pull double duty as either generals or city governors, conferring various bonuses as they progress up their own tech trees. Where the governor mechanic is often a response to late-game micro-management (e.g. Total War) Endless Legend’s heroes are simply that, heroes; a city with good industrial output can be made great through the strategic use of a hero character. Likewise, an army with a general can mean the difference between victory or defeat in combat.

Ultimately, the game comes down to one point, if complexity and accessibility were measured on Venn diagram, Endless Legend would be where the two intersect. Everything about the design ensures that relevant information is never more than one click away. The aesthetic, in terms of visuals and narrative, is gorgeous. The AI is challenging, even on normal, but not so brutal that it feels like the game is cheating. Arguably, Endless Legend doesn’t add a lot that’s new to the 4x game, but it doesn’t need to when it’s mastery of the form and style of this genre is so obviously reflected in the final product.