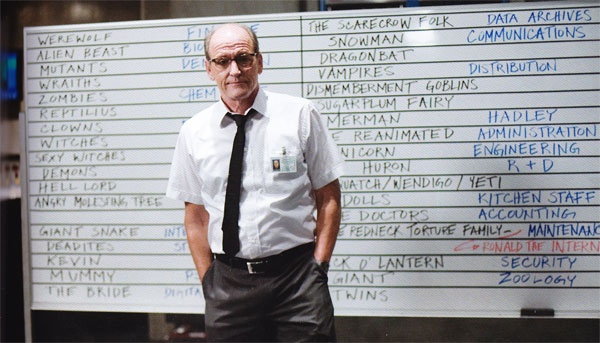 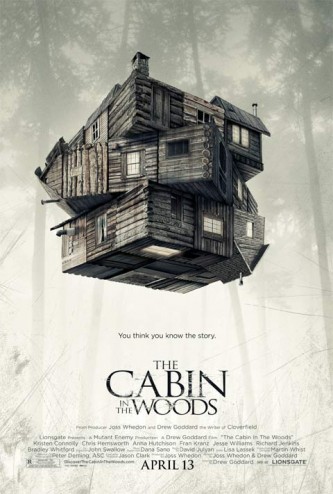 Last weekend, I found myself at a Halloween party. The conversation turned to movies, as it so often does when a bunch of people who don’t really know each other are crammed into a 750 sq. foot condo. Therein, a friend of mine recommended The Cabin in the Woods to another person – let’s call him…Marcus. My friend’s recommendation came along the lines of, “I can’t tell you what it’s about, because that would spoil the movie, but trust me, it is amazing.”

Granted, I was a few four drinks into the night, but my friend’s overview didn’t seem to do the movie justice. How could anybody make a meaningful recommendation of a movie, any movie, without telling a person what it’s about? Thus did I gracefully insert swagger my way into the conversation and offer my prolonged diatribe.

“No, we can tell you what it’s about. Cabin in the Woods is a meta-movie that subverts the 80s archetype of bad things happening when people leave the safe, civilizing confines of the city and return to the primal power of nature. Everything that happens to the young, sexy coeds in the cabin is being scripted from a control room. It’s not a simple survival movie, so much as it is a discussion on sacrificing the few for the benefit of the many. It’s a movie that wants you, as the viewer, to look at the concept of the greater good and ask yourself what you would be willing to forfeit in its name.”

That’s about when I saw the jaws dropping.

“Wow, Adam, you drunk bastard, you just ruined the movie.”

“I most certainly did not.”

“You gave away the whole thing.”

“Bullshit, the control room is revealed within the movie’s first ten minutes. Hell, it’s in the trailers. This is not me telling you,” turning my attention back to Marcus, “that Bruce Willis is a ghost, Darth Vader is Luke Skywalker’s father, or Soylent Green is people. The strength of The Cabin in the Woods is found in its ability to mobilize and dissect slasher flicks tropes – quietly patting itself on its back as it says, ‘aren’t we clever,’ as Joss Whedon is so apt to do – all the while assembling an accessible moral quandary. You’re going to feel terrible about yourself at the end of the movie, one way or another, because that’s the nature of its Kobayashi Maru. Also, Kirk cheated at the Kobyashi Maru.”

Spoilers or no, the argument sold Marcus on watching Cabin in the Woods, so mission accomplished there. Here’s my question to you, internet, did I actually spoil the movie?

I submit myself for your judgement.