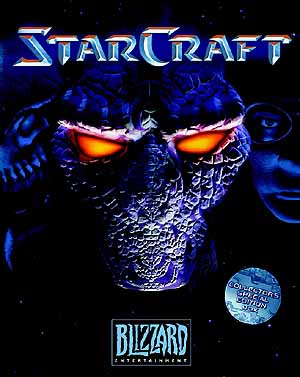 Ages ago, someone asked me about my longest standing relationship. They were expecting I would say it was with my current partner of seven years. Instead, I said StarCraft.

I was fifteen when I brought home the Protoss box of StarCraft. I still remember the look on my mother’s face when she saw me carting in another oversized video game box. In my head, this wasn’t another game, it was the game. In the seventeen years since that day, StarCraft, in its various iterations, has been the game to tell me, “Yes, you can go home again.”

With StarCraft 2, both Wings of Liberty and Heart of the Swarm, I became more involved in the multiplayer side of the StarCraft experience. One of the reasons I’ve enjoyed squaring off on StarCraft’s digital battlefield is that it’s never made me feel bad about being average. Being an average StarCraft player usually puts me in the game’s Gold League. Who is going to feel bad about being in a gold league?

I’d be lying if I said I hadn’t entertained the odd thought about trying to become a professional StarCraft player. These thoughts are usually accompanied by an acute awareness of my age. When I watch the highlights of a StarCraft tournament, I don’t see guys in their thirties who fancy a rumble after getting home from their dull office jobs. By and large, I see kids half my age – I’m 33 for the record – whose APM (actions per minute) could stand in as their credit rating (almost). These players are a deadly mixture of preternatural speed and extraordinary talent. While I could possibly develop the talent, I know that I’m only getting slower as each day rolls on.

Which is why I’m a little disappointed, not frothing mad, mind you, to see that Legacy of the Void, is going to be making some major changes to the multiplayer component of Starcraft 2. This from Red Bull’s analysis of the Legacy announcement,

“Wherever possible, units now depend more on the micro of the player using them than on the intrinsic value of the unit itself. The Ravager can break Force Fields, but a Protoss player can beat them with timing. The Immortal is no longer an automatic super-tank thanks to the Hardened Shields passive ability, but now features an active ability that absorbs damage… but only if the player actually uses it.”

Blizzard claims these changes are meant to inject some much needed chaos into the game. From their perspective, Heart of the Swarm’s multiplayer is dominated by stalemates and a paper-rock-scissors style of hard counters and counter-counters. I have a different, perhaps slightly more cynical, view of these changes; enhancements to Legacy of the Void are about increasing StarCraft’s e-sports appeal to broadcasters and advertisers. For a player of my talent and vintage, the idea of more unit micromanagement offers about as much innate appeal as a prostate examination from a burly, East German farmer.

None of this changes the fact that when the day comes, I’ll buy Legacy of the Void. I’ll play through the single-player campaign with rapture and avarice. The Protoss have always been my favourite, even if they are Eldar by another name. It’s quite likely I’ll jump into the new multiplayer, as well. The idea of daily tournaments actually sounds kind of fun. However, I’ll do so suspecting that Legacy of the Void is only content to have me along for the ride. From now on, I’ll look at my relationship with StarCraft and always wonder if it’s thinking about somebody younger and faster than me.