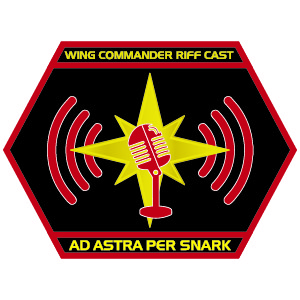 But, Adam, what is a riff cast?

Pretty much exactly like a rifftrax, only with cheaper  production values. Myself and co-hosts Ken Waterhouse and Matt Leaver got together and watched 1999’s cinematic low point, Wing Commander. Then we watched it again and recorded all of our snarky comments for your listening pleasure.

Even though this project took far longer to finish than initially expected, it remains the first in a series of riff casts that we plan on producing over the coming months. Now that we know what we’re doing we can put these things together much faster and without having to do another kickstarter.

This project would not have been possible without the incredibly generous contributions from our funders, the Officers’ Club.

Matt Moore, author of Touch the Sky, Embrace the Dark: tales of the bizarre, the terrifying, the all-too-near future, is a new short story collection from multiple Aurora Award nominee Matt Moore.

How do I listen to this damn thing anyway?

Easily enough. Queue up the DVD release of Wing Commander to the title menu. Then hit play on the riff cast. After a brief introduction you’ll hear me give you a countdown to click “start movie.” From there, you need only fasten your seatbelts for two hours – yes, it’s a two hour movie – of one of the worst things ever.

Who did the art?

The riff cast logo is the product of the brilliant and talented Akira Arruda.

Who did the music?

The riff cast theme is a cover of the original Wing Commander (PC Game) anthem, courtesy of The Blake Robinson Synthetic Orchestra.