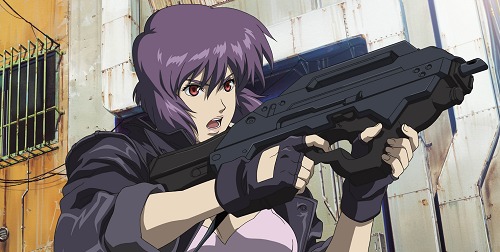 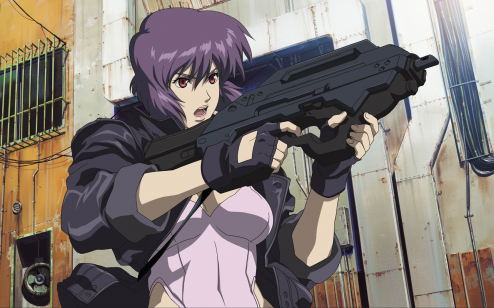 Scarlett Johansson is quickly becoming the avatar of everything that pisses me off about Hollywood.  First, she was the voice of the incipit manic-pixie-dream-Cylon in the (sigh) Oscar award-winning Her. Now she’s landed the role of Major Motoko Kusanagi in an upcoming, live-action adaptation of Masamuni Shirow’s anime masterpiece Ghost in the Shell.

Nothing personal, ScarJo, but you have about as much business playing a Japanese cyborg as I would playing Detective John Shaft. Imagine the outrage at the idea of a white man playing Shaft. Now ponder why so much of Hollywood’s white washing is at the expense of Asian peoples.

I’ve said it before, and I’ll say it again; this is why we can’t have nice things.

Did we learn nothing from M. Night Shyamalan casting a bunch of white kids for a live-action adaptation of The Last Airbender? I guess not since the majority of film critics gave a pass to All You Need is Kill Edge of Tomorrow Live Die Repeat, despite Hollywood turning the originally Japanese protagonist, Keiji Kiriya, into a white guy called William Cage played by (double sigh) Tom Cruise. Nor should we stop talking about the fact that J.J. Abrams gave us an Englishman second only to Winston Churchill in Englishness for the role of Khan Noonien Singh. The 1960s were more progressive in casting a Mexican to play Khan.

It is on that note I think we must acknowledge that we’ve reached peak-incredulity when it comes to Hollywood’s shitty casting decisions. After all, Sir Ridley Scott has very clearly illustrated the face of the shape of things to come in his explanation of why he cast an Englishman to play Moses and an Australian to play Ramses in Exodus: Gods and Kings.

“I can’t mount a film of this budget, where I have to rely on tax rebates in Spain, and say that my lead actor is Mohammad so-and-so from such-and-such. I’m just not going to get it financed. So the question doesn’t even come up.”

Well excuse us, Cecil B. DeMille. Does this mean we get to throw pies at Ridley Scott the next time he dares to talk about the “art” of filmmaking?

If an auteur of Scott’s caliber is content to offer up a rationalization that, in terms of cultural sensitivity, is a stone’s throw away from the “durka-durka-jihad-jihad” scene in Team America: World Police, then what hope should audiences hold for Rupert Sanders to cast an Asian Major Kusanagi? I’m sure the director of Snow White and the Huntsman is in a place where he can tell the studios to fuck off and cast whoever he likes in his movie. I can’t imagine a single scenario where doing so doesn’t get him kicked off the project and replaced by some other up-and-comer who cares more about working than he does whitewashing and cultural appropriation.

If this is the mentality within the industry, a mindset likely fueled by focus groups filled with people who don’t know any better or are too slack-jawed to care, then it doesn’t take an oracle to forecast the situation getting worse before it gets better. Katara, Kusanagi, and Khan are only the beginning of the tidal wave of whitewashing. Last year’s box office returns demonstrated Hollywood is almost exclusively interested in investing in known properties, and there’s a world of much loved anime, and non-English stories in general, waiting for their turn at a big-screen, live-action adaptation.

If I thought it would make any difference, I would point out for the benefit of any Hollywood types that ever stumble across these words that I am, in fact, a 33-year-old, white, male and I’m perfectly content to see Asian people in leading roles on both the big and small screen. Alas, I’m sure said Hollywood types would quickly rebut that I, and likely you, gentle reader, are not within their target demographic; we are not “the North American Market”.

Recall the words of Tommy Lee Jones in Men in Black: a person is smart; people are dumb, panicky, dangerous animals. People make up the North American Market, and said market demands endless seasons of The Bachelor, Honey Boo Boo, My Big Fat Fabulous Life, and watching a man be eaten by a snake. The North American Market is terrible, and until it does better or demands better – either option is fine with me – there’s no reason to believe the whitewashing won’t continue along its current trajectory.