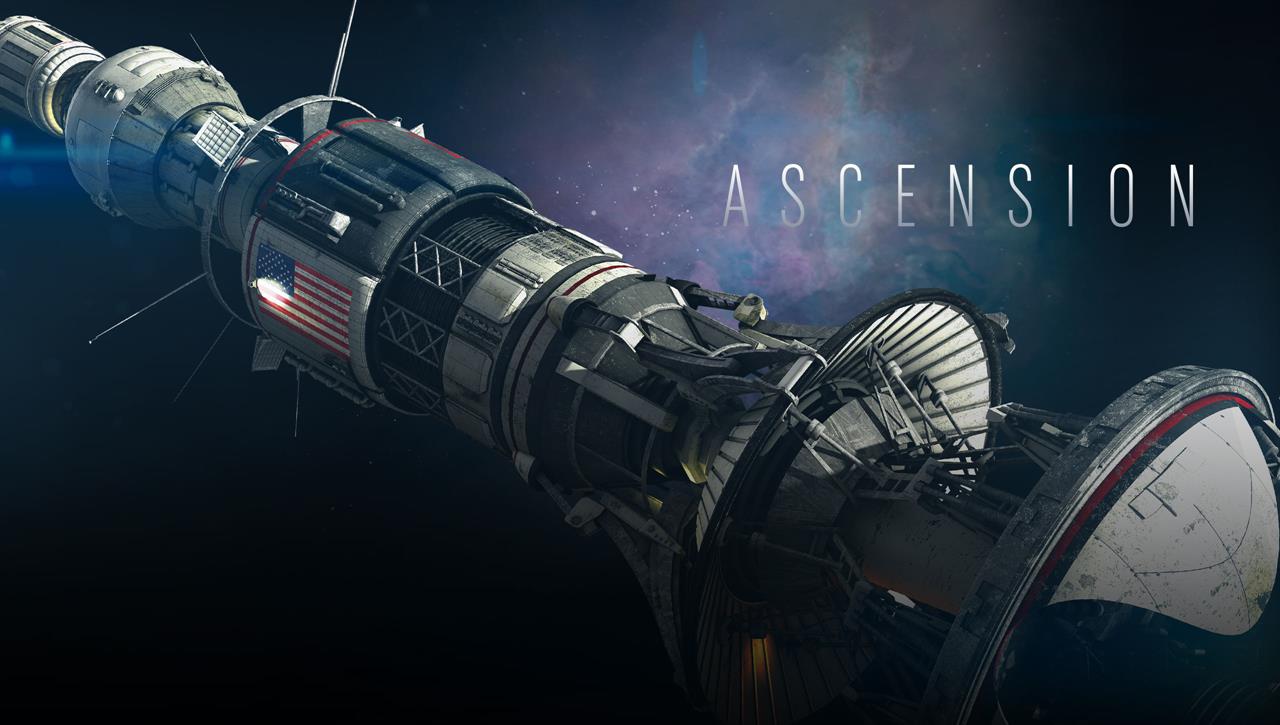 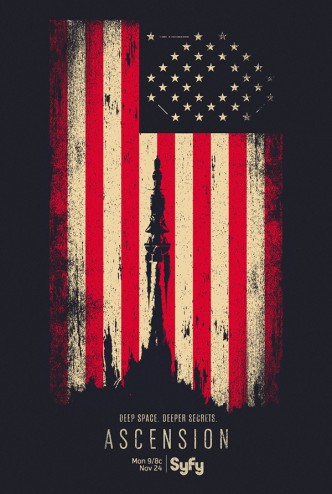 In deference to my policy of giving a television series three episodes before putting pen to paper on a review, I won’t go so far as to say if I think SyFy’s Ascension is either good or bad. Bearing in mind this is a six-episode mini-series, I’ll probably watch the whole thing before daring to offer a review. However, I feel no reason to hold back on expressing all the ways Ascension’s premiere episode felt like a terrible first date.

It’s not you, Ascension. It’s me, I don’t like you. Under normal circumstances, I wouldn’t bother seeing you again, but my good friend Battlestar Galactica is telling me I should get to know you a little better.

Sexy sex is sexy, except for when it isn’t sexy.

There’s nothing more un-sexy than the implied nudity and simulated sex of prime time television. Though I left the room a few times to refill my drink, I recall three scenes of grunting and dry humping. As I don’t watch soap operas, I leave it to the internet to tell me if Ascension’s sex to non-sex ratio is in the neighborhood of daytime television.

Sexy sex tells us things about the story.

I suppose Ascension puts half the speaking cast in bed together as a juvenile attempt to show the series’ edge – like a fifteen-year-old who speaks like they are fresh off the set of The Departed. For my part, and in light of exposition telling me the ship’s complement is 600 people, I’m left to ponder if Ascension is crewed by swingers. We should also make note of Tricia Helfer’s character – I can’t be bothered to learn names at this point – running an executive escort service under the guise of ship’s stewardesses. The concept worked so very well in Pan Am, and that’s why the show is still on today, right?

In Space, Nobody Can Hear You Derp.

Here’s the thing about setting a show in space; the more a series bites its thumb at science, the harder I have to work to keep my suspension of disbelief from shattering. With my brain in gear, I’m much more likely to catch the little things a series does wrong. You may call it pedantry, I call it a series failing to keep me in the moment.

We’re told the good ship Ascension was built using 1960s technology, modeled after the Orion engine – a system where controlled nuclear explosions would propel a ship forward. Ascension, however, is built and organized like a skyscraper. The command deck is the penthouse suite, and each floor below it houses some instrumentality of the ships function. Does anybody see where I’m going with this?

There is no way to have gravity on Ascension given the way the ship is built.

Conventional wisdom says rotate the ship along its long axis to make simulated gravity. The crew would then live in a series of concentric rings inside the ship a la Babylon 5. The only other alternative for creating gravity on Ascension would be to have the ship’s engines burning at a constant 1G of thrust for half the journey to Proxima Centuri. The second half of the trip would have Ascensions burning its engines in the opposite direction. Even if nuclear explosions could generate a consistent 1G of thrust – they can’t because NUCLEAR EXPLOSIONS – the amount of fissionable material necessary to executive a maneuver like that boggles the mind.

Irrelevant of if details like this matter to an individual viewer, they speak to the depth and complexity invested in the series’ writing. If the creators and writers are content to fly free and loose with the laws of physics, I have no reason to believe they will do any better crafting the murder-mystery that seems to be the only driving force in the show.

To call Ascension unoriginal is to engage in a crime of understatement. Everything, and I mean everything, this show does stems from a better work of science fiction. Therein, a considerable source of inspiration is the video game Fallout.

Fallout posits an alternate timeline where the atomic age brought about a technological evolution through fusion power. It also fixated American culture on the 1950s. Ascension is doing the exact same thing albeit with the 60s. Unlike Fallout, Ascension isn’t giving us any sense of a unique culture emanating from the familiar touch stone. Is it so hard to believe that a closed community would develop and evolve along a new trajectory? Am I to believe the ship’s harem stewardesses, for example, would be content with their lot after half a century of listless banging and putting on pretty clothes? Nonsense.

Humans, even humans removed from Earth, are creatures of story and flux. The ship’s crew would build its own rites, rituals, traditions, and culture. Ascension’s library should be filled to bursting not with the tripe of 20th century pulp fiction, but with two generations of stories, art, and music. The idea that they are somehow stuck in the 60s is as laughable as amusing as the Brendan Fraser movie with the bunker.

A dad gives his son a stern talking to about telling someone to “die in a fire” via text message.

“Every message you send contributes to the greater world,” says Father Knows Best.

I wonder, when does a member of GI Joe come out of nowhere to warn me against the dangers of using the stove when my parents aren’t around?

We who are about to watch terrible television, salute you

Rarely does a single hour of television offend my sensibilities so fully and completely. Perhaps Ascension will get better. Certainly, it would have to make an effort to be worse.