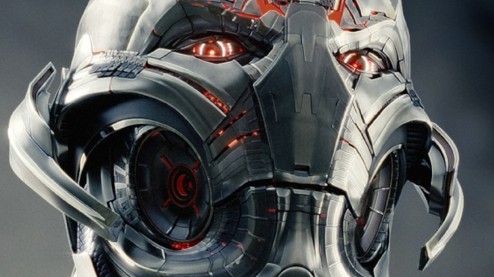 At the time of this post, Avengers: Age of Ultron has been in theatres for a week. While I haven’t seen the second coming of Earth’s mightiest heroes, I feel like an authority on a single piece of its dialogue.

There’s little point in debating if Tony Stark made a rape joke when he commented that he would reinstate Prima Nocta – the “right” of feudal lords to take a newly married woman to bed to check her virginity – were he to become king of Asgard. In short, it is.

Likewise, there’s probably little point in my saying that most people without a graduate degree in history wouldn’t know what Prima Nocta is were it not for Braveheart. To wit, I have little reason to believe the offending joke would have made it into Mr. Whedon’s screenplay had he not seen Braveheart. Be that as it may, the joke is there, and it makes light of a woman being taken against her will. This is not something worth joking about. I’ll leave measuring the dividing line between a joke in poor taste and systemic rape culture to those better suited to said discussion.

What I will comment on is all the rage surrounding this incident. Tony Stark’s shitty joke is a perfect example of how social media, and the internet at large, creates angry mobs the likes of which make the French Revolution seem like a spot of trouble for the nobility. So many people have so much indignation, righteous or otherwise, over a line in a stupid comic book movie. The rage on twitter alone borders on an Orwellian two-minutes of hate left unchecked for days.

Now here comes the part that is going to piss off some people.

Though Joss Whedon committed a sin of tactlessness (or possibly engaged in reinforcing rape culture – your call, not mine) in his writing – assuming he, himself, put it the prima nocta line in there and refused all calls to change it – his crimes are forgivable. He wrote something stupid; this is not in debate. He should he sanctioned for his transgression; this is not in debate. Assuming he apologies, what comes next? How does the internet stop trying to carve its pound of flesh? Recent history suggests the internet doesn’t forgive, it simply moves on to the next dog pile.

People fuck up, sometimes more publically and more spectacularly than others. Twitter, Tumblr, and Facebook make it easy to call out the fuck-ups of others. They also make endless shaming and smearing all too easy. If only they had the same impact in cultivating aspects of humanity like charity, grace, and forgiveness. Would that apologies were met with the same enthusiasm as locking a person in the digital stocks and throwing cabbage at them.

So there’s my two cents on this particular session of, “the internet gets angry and fights among itself.” Like so many things in life, we would do well to remember the words of Bill S. Preston, Esq: be excellent to each other. More mutual excellence means less tone-deaf rape jokes. More excellence also means we’ll be faster to help each other when somebody drops the ball; whereas now we devolve into factions and yell about whose perceptions of gravity acting on the ball are most valid.