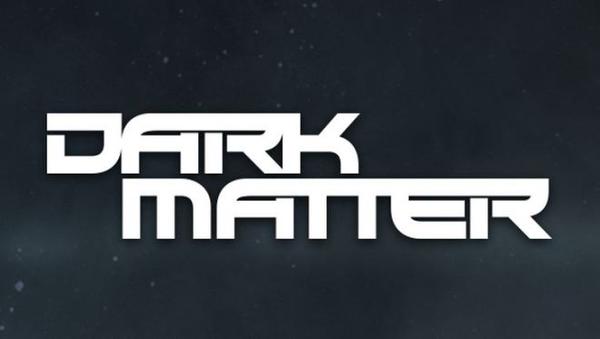 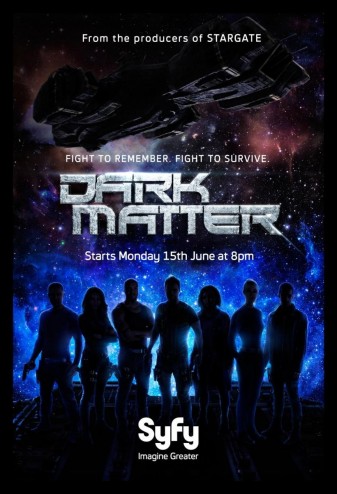 My week in review of middling TV science fiction continues with some first impressions of Dark Matter.

Watching the first episode of Dark Matter is a bit like going to the gym for a hard cardio workout. At some point I always ask myself, “Why am I doing this? Where is this going? Surely there must be better ways to get what I want out of life?” But by the end of the workout my tone changes to, “you know, that wasn’t quite so bad. I don’t really want to do it again right now, but maybe I will in a day or two.”

Even though Dark Matter offers a few interesting narrative tidbits, watching its first hour felt like work. Specifically, the work of not rushing off to rewatch Deepwater Black, a little known show from the mid 90s which, as far as I recall, did a better job working with the “crew wakes up in a space ship and doesn’t know who they are” gimmick.

Dark Matter is also exhausting for its attempt to be racially diverse while still catering to the stereotypes of racialized characters e.g. the Asian guy is a master of the Japanese sword.

And lo, the writers, lost for ideas on how to build a cast, did turn their eye upon the Big Book of Character Clichés. From within the pages of this most sacred text did they find the following…

The rogue with a heart of gold

As it was in Buck Rogers in the 25th Century, so too shall it be today. Blessed be the Book.

Even in the face of these issues, I remain somewhat interested in seeing where the story goes. As lazy as it is to give the primary cast amnesia, it does create some potential for a dialogue on who the characters are supposed to be versus who they want to be. The big plot twist (what a twist) revealed at the end of the first episode finds our crew of brain scrambled sleeping beauties as a gang of vicious murderers and thieves.

Despite hooking me for a few episodes – unlike Killjoys, which I now watch only out of a sense of critical noblesse oblige – I see Dark Matter’s greatest challenge in proving it is capable of finding its own direction. Rugged miner-folk trying to survive on the raggity edge of space with the threat of an evil corporation looming large in the background is about as well trodden as it comes. Moreover, I’m tired of science fiction setting up “the company” as the go to bad guy. It’s too easy and too much of an effort to pander to “main street.” At least the likes of Continuum took corporations as antagonists to an interesting place with corporations-as-government. If Dark Matter can humanize “the corporation” into something that seems even half legitimate, I think it will find some success.

Ultimately, I see Dark Matter as something that is either going to get much better or much worse in very short order. There’s a lot of promise, but the writing needs to get to a place where it can tell a story without all the foreplay. I’ll let forty minutes of hand wringing followed by five minutes of forward motion slide for the first episode, but the series had best lock its shit down.

Also, I’d be thrilled if the writing would ease off on the hackneyed depictions of people of colour.